Top 11 Things To Do In Tokyo 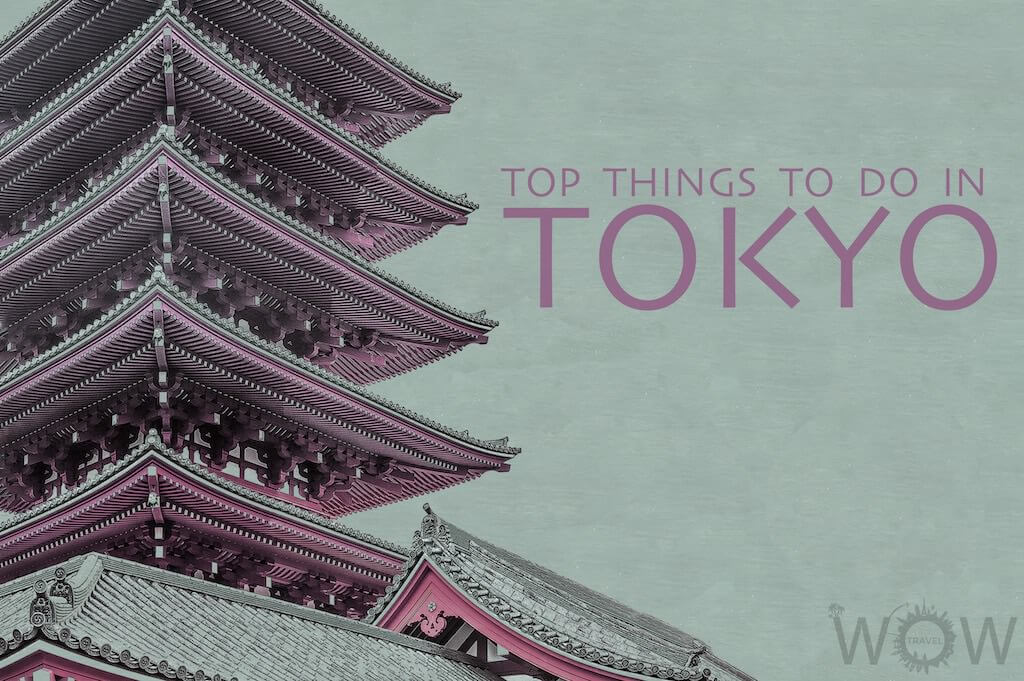 Tokyo is the capital and largest city in Japan with over 13 million people and it is the center of Japanese culture, finance, and government. Tokyo is a vast city with a marvelous mix of modern living and old-fashioned manners, slick high-tech gadgets and cutesy cartoon mascots. Experience one of the world’s largest cities, home to cutting-edge electronics shops and towering skyscrapers, ancient art and pretty cherry blossoms. Enjoy fully stocked shops that never close, neon lights, startling fashions, a massive network of trains that never come late and the safest streets in the world. For many western travelers, Tokyo is an overwhelming city, It would take more than a lifetime to properly get to know it, but here is a collection with top things to do in Japan’s capital city.

“More than any other city, Tokyo demonstrates that ‘city’ is a verb and not a noun” – Mori Toshiko

Probably one of the things Japan is most famous for around the world is sumo wrestling. If you want to catch this spectacle be sure to visit at Ryōgoku Kokugikan, Tokyo’s National Sumo Hall.

“Golden Gai is a small area of tightly packed tiny bars located behind the Best Western in Shinjuku. This area is popular among actors, directors, writers, and artists, but not all bars are open to tourists – look for signs in English as an indication of a foreigner-friendly locale. The narrow lanes and two-story buildings remain a piece of Tokyo’s past. Golden Gai transitioned from the post-WWII black market to brothels and finally to bars when prostitution became illegal in the late 1950s. The area has remained largely unchanged and is a reminder of what the streets of Tokyo were once like.” – Erin Bogar.

There is an old saying that life is not about the destination, but the journey. When it comes to a transportation system as unique and scenic as the Yurikamome, that saying has never been truer. The Yurikamome Line is a high-speed rail in Tokyo and it is the first Tokyo transit line that is completely automated, running solely using computers. The technical name of the Yurikamome line is the “New Transit Yurikamome.” It is also owned and operated by Yurikamome Line, Inc., and it is the primary form of income for the company.

Edo was the original name of the City of Tokyo, and the Edo Period was when the national capital moved to Tokyo. This period was characterized by internal peace and stability, economic growth, and isolationist foreign policies, for these 265 years, Japan was entirely focused on developing themselves as a country and a culture. The Edo-Tokyo Museum shares the history of Japan and Tokyo since the Edo Period. You can learn about life in feudal Japan, urban history and architecture, and the origin of traditional Japanese arts like woodblock printing, weaving, poetry, music, and kabuki theater.

Tsukiji Fish Market is actually an active wholesale trade market 5 minutes walk away from Ginza, one of the world’s most expensive plot of land. It is the world’s largest fish market and interesting experience that emphasizes how important the seafood industry is to Japan. The surrounding sushi vendors in stalls near the market offer up the freshest sushi you’ll ever have.

Mount Fuji is such a real beauty, fascinating and marvelous. with 3776 meters it is Japan’s highest mountain. It has been worshiped as a sacred mountain and experienced big popularity among artists and common people throughout the centuries. You really have to see it, and the day trip to Mount Fuji should be among one of the things you should not miss.

The birthplace of million-and-one consumer crazes, and best visited at night when the neon signs of restaurants, bars and cinemas battle it out with five-story TV screens for the attention of passers-by. “Shibuya is a center of Japanese fashion, culture, color, noise, and light. Harajuku girls? They’re in Shibuya. Manga? Find it in Shibuya. Biggest scramble crossing in the world? Sit at the Starbucks in Shibuya and marvel at the madness below. You want contact lenses that turn your eyes purple and the best ramen soup of your life and to find out what the kids are wearing these days? Head down to Shibuya, the cultural crossroads of Tokyo.” — Kaitlyn Barrett.

Meiji Shrine is a shrine (completed in 1920) dedicated to the deified spirits of Emperor Meiji and his consort, Empress Shoken. Located just beside the JR Yamanote Line’s busy Harajuku Station, Meiji Shrine and the adjacent Yoyogi Park make up a large forested area within the densely built-up city. The spacious shrine grounds offer walking paths that are great for a relaxing stroll. The shrine was destroyed during the Second World War but was rebuilt shortly thereafter.

This area of the city has always been famous for its vast array of electronic shops, but more recently has become better known for its many anime and Manga retailers. This makes it the ideal place to visit if you wish to unleash your inner nerd. Stock up on duty-free tech goods, then unwind in one of the multi-story gaming arcades.

Tokyo Sky Tree is the tallest structure in Japan and offers breathtaking views that extend as far as the eye can see. On a clear day, Mount Fuji seems so close that you could almost reach out and touch it.

Sensoji Temple (Sensō-ji) is an ancient Buddhist temple, founded in 628, it is the oldest temple in Tokyo and one of its most significant.