Top 12 Things To Do In Brisbane 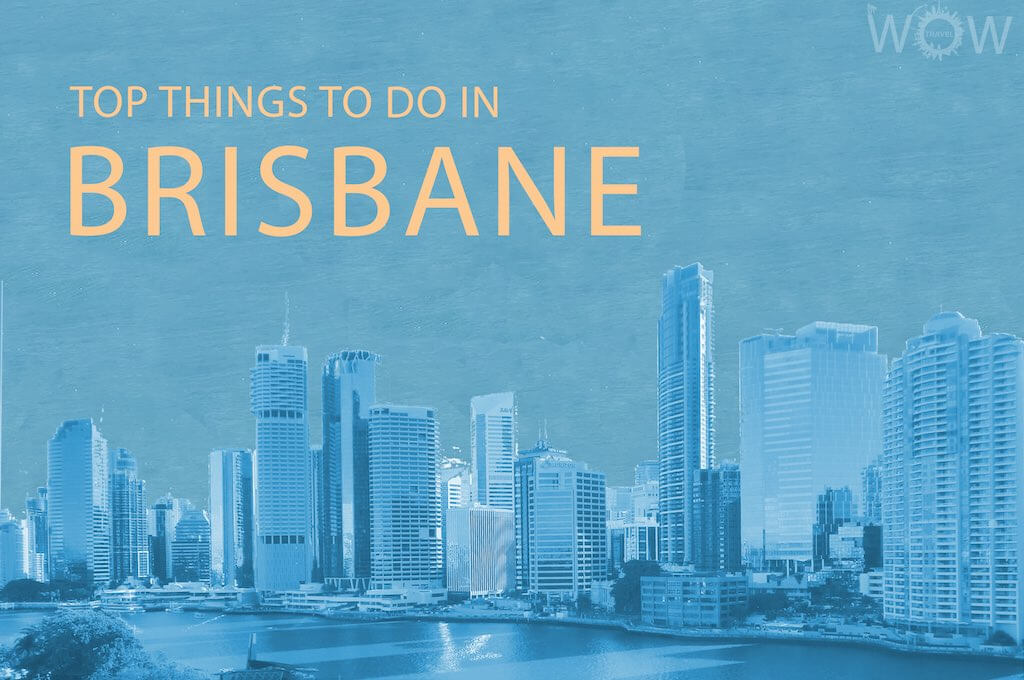 Brisbane one of the oldest cities in Australia, is the capital of the Sunshine State, Queensland. The city was established in 1825 but suffered a major developmental setback in the Great Fire of Brisbane in 1864. Another natural calamity in 1893, the Great Brisbane Flood also caused considerable damage to the developing city. Today the city is renowned for its distinct Queenslander architecture interspersed with modern buildings. The city came into the limelight when it hosted the Common Wealth Games in 1982 and the World Expo in 1988. There is much to do see and do in and around Brisbane for individuals and families and the great thing is that many of the attractions are free.
[booking_product_helper shortname=”brisbane”]

Occupying two adjacent but contrasting buildings in the South Bank Cultural Precinct, the Queensland Art Gallery & Gallery of Modern Art is open to all for free. There are about 17,000 works of art on display from various parts of the world with a special focus on artists from Australia, Asia, and the Pacific. Fascinating contemporary art installations that are on display draw visitors by the dozens. The Children’s Art Center is also a popular place with its interactive exhibits. The museum also houses the Australian Cinematheque a unique cinema facility that showcases the works of influential filmmakers not likely to be screened elsewhere.

This magnificent 19th-century building which is owned by the University of Queensland is a distinctive landmark of Brisbane. The imposing rendered brick building is built in the classical style and stands out because of the copper dome. Originally used for the collection of customs duty, the building is now used as a function center.  There are plenty of public places inside the building like restaurants, where you can sit and take in the beautiful view of the river and Story Bridge. On Sundays, you can avail of a free guided tour of the building.

The Lone Pine Koala Sanctuary is the oldest koala sanctuary in the world, founded in 1927. The sanctuary opened as a refuge for koala bears who were being killed for their fur. Beginning with just two koalas, Jack and Jill, the sanctuary is now home to 130 koalas. Cuddling a koala is on the bucket list of many visitors Down Under, and the Lone Pine Koala Sanctuary does not disappoint on that front. At the sanctuary, you’ll not only see these sleepy animals up close but will also have a chance to cuddle them and have your picture taken. The sanctuary which is nestled on the Brisbane River is home to a variety of other native Australian animals too, like wombats, wallabies, dingoes and Tasmanian Devils.  There are two cafes in the sanctuary but you can take your own packed picnic lunch with you as outside food is allowed.

This favorite landmark doesn’t just connect Kangaroo Point, central Brisbane and Fortitude Valley but is a major attraction for climbing. It makes up one of only three bridges which you can climb in the world. An experienced guide will take you through an informative two-hour trek to the top, which is 80 meters above the Brisbane River. The trek will take you from one side of the bridge to the other where you can pause to take in the Brisbane skyline. You can also avail a unique experience of abseiling the descent. The trek doesn’t come very cheap and costs about $ 75 (99 Australian Dollars).

About 30 km southeast of Brisbane is the spectacular North Stradbroke Island popularly known as Straddie. A blend of the rugged coastal landscape, pristine beaches and serene inland lakes, the island is a feast for the eyes. The island is the second-largest sand island in the world and is situated at the southern end of Moreton Bay. There are five main beaches most of which are great for swimming and surfing. The beautiful freshwater lakes that dot the island are great for picnics and swims. You can also choose to extend your trip here by staying at the accommodations available in the three townships that are a part of the island.

Located on the southern bank of the Brisbane River, the South Bank Parklands are a huge draw for locals and visitors to the city.  The Wheel of Brisbane, the Nepal Peace Pagoda, and the artificial Streets Beach are some of the main attractions here. The parklands with a mixture of rainforest, a riverfront promenade, gardens, and lush lawns are a great place to unwind.

A trip to any destination is incomplete without the shopping experience, which gives you a chance to check out the local wares and mingle with the locals. The Queen Street Mall which is home to more than 700 retailers selling local, national and international brands, is worth exploring for the labyrinth of heritage-listed arcades. On Wednesdays, a Farmers Market is held at the bridge end of the mall where you can find local produce. The mall made it to the headlines on 8 March 2013, when it was under a 90-minute siege by Lee Mattew Hillier.

If architecture interests you, a trip down 40 George Street will bring you to this heritage-row of six terrace houses. The Mansions were built in 1889 as attached elite masonry houses as an investment for three politicians. High-quality materials and generous ornamentation were used to make The Mansions impressive and aesthetically pleasing. The residences were occupied by various people till 1896 but one of the most prominent tenants was Dr. Lillian Cooper, the first female doctor of Queensland. From 1896 to 1954 they were used as boarding houses and then converted into government buildings. The Mansions now houses a restaurant and offices.

If hiking and adventure are your cups of tea then you should definitely head out to this trail located 30 km from Brisbane. The trail is definitely not for the faint-hearted as some parts of it are quite challenging but it’s definitely worth the effort. There are plenty of waterfalls and swimming holes to help cool you down during the walk and some breathtaking scenery. Make sure to start early and carry enough water and food as you won’t find too many eating places in the vicinity. While bushwalking is one of the favored activities in the region you can opt-out of this and just head to the Cedar Creek Rock Pools for a day out with the kids.

These gardens are located about 7 km out of the main city in Toowong. The expansive gardens which cover an area of 130 acres were established in 1970 but opened officially in 1976. There are various themed gardens like the fragrant gardens, Japanese gardens and the Hide n Seek Childrens’ Trail through an Australian rainforest. A living museum of native and exotic plants is also one of the key attractions in the garden. You can also enjoy a free guided walk or a minibus tour of the gardens. The great part about visiting these gardens is that there is no entry fee. About a four-minute drive from the gardens is the Brisbane Lookout Mount Coot-tha which offers a breathtaking panorama of the entire area.

One of the best ways to explore the city is by taking a cruise down the Brisbane River which runs through the city. There are a variety of cruises to choose from with the fleet of CityCats and City Ferries which have a 24 hop-on, hop-off option. You can learn a lot about the city from these informative cruises which have routes from the University of Queensland to the North Shore. You’ll probably get a new perspective of the riverside mansions and the Story bridge as you cruise down the waters of the river.