Top 12 Things To Do In Cork 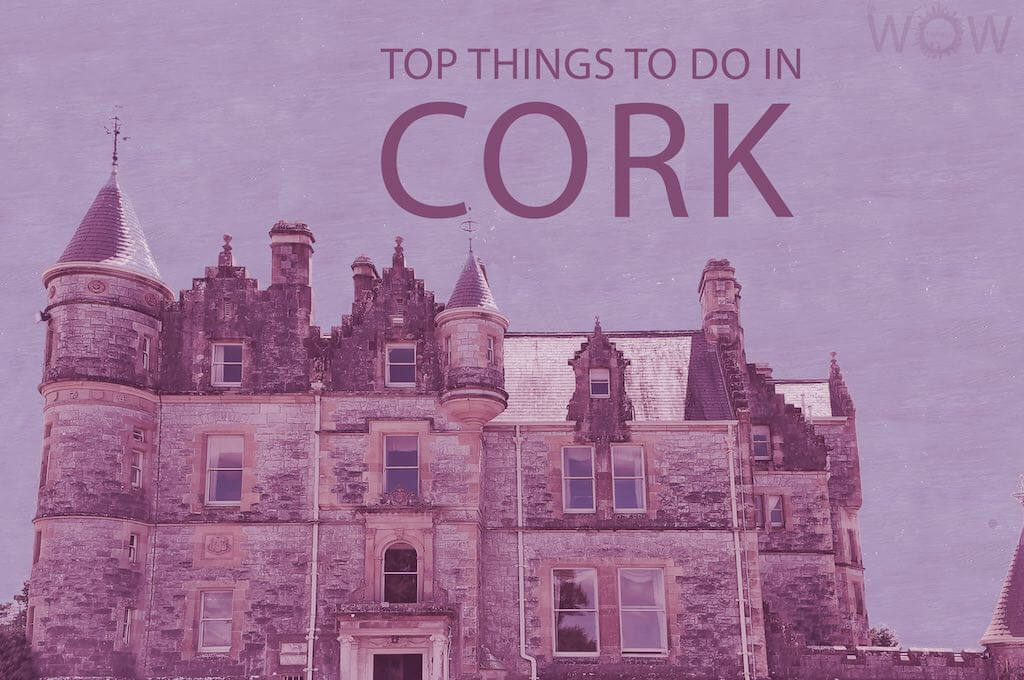 Cork, the third-largest city of Ireland is located in the south-west part of the country. The city was initially a monastic settlement which was founded by Saint Finbarr in the 6th century. Cork has a rich history which is evident in the number of castles and old buildings that have their origins in the Medieval to Modern periods. The city is also culturally rich with music and theater forming an integral part of the cultural scene. In 2005, Cork was voted as the European Capital of Culture. There are many beautiful attractions to see and plenty of activities for the entire family in and around this vibrant city.
[booking_product_helper shortname=”cork”]

This castellated fortification located about 2 km from the center of Cork city, on the River Lee was originally built in the 16th century as a coastal defense fortification against pirates and invaders. Since 2007, the castle houses an observatory, restaurant and a visitor center. An interactive astronomy center includes exhibits and a radio telescope.

A ten minute walk away from St. Patrick’s Street will bring you to the Anglican cathedral of Saint Fin Barre. The imposing Gothic revival structure is one of the most striking buildings in the area. The site has been in use since the seventh century AD and was said to have been founded by Finbarr of Cork. The current structure of the cathedral was completed in 1879. The beautiful stained glass was conceived by the architect William Burges who also designed individual panes for each of the 74 windows.

The former prison of Cork should definitely make it to your itinerary as it will give you a chance to experience and understand how society viewed criminals and crimes in a bygone era. The prison which opened in 1824 was touted to be ‘the finest in 3 kingdoms’ at the time. Both male and female prisoners were originally housed in the prison which was only meant for offenders within the borders of the city. The complex fell into ruins on its closure in 1923, almost a century after it had been opened. It was restored and reopened to the public in 1993. Today you can explore the cells of the prison and also learn about the fantastic escape of 40 inmates in 1923.

Every city has an area that is a popular hub for shoppers, and St. Patrick’s Street does not disappoint. Locally referred to as ‘Pana,’ St. Patrick’s Street has been the recipient of two of Ireland’s awards for the best shopping street. The broad curved street is lined with many businesses and shops including an upmarket department store. At the northern end of the street stands a monument to Father Theobald Mathew which dates back to 1864.

Another of Cork’s iconic landmarks is the tower of St. Anne’s church which houses the Shandon Bells. The Bells of Shandon were popularized in a song by Francis Sylvestor Mahony and has since drawn numerous visitors to its interiors. Visitors to Saint Anne’s Church can enjoy the novelty of ringing the 8 bells after climbing about 100 steps to reach the first floor. The famous clock on the tower is referred to as ‘The Four Faced Liar’ as the time on each face is slightly different during the hour.

The castle is a very popular destination for visitors who wish to avail of the benefits of the Stone of Eloquence or the Barney Stone, which it is commonly called. Legend has it that the stone will grant you the gift of eloquent speech if it is kissed while hanging upside down. The castle which is now in partial ruins was built more than six centuries ago by the Cormac MacCarthy, the famous Irish chieftain. While the castle with its dungeons and intriguing spots such as the Witch’s Stone and Badger’s Cave is definitely worth exploring, the extensive 66-acre property with its parkland, gardens and waterways is also extremely popular.

Named after Edward Fitzgerald a former mayor of the city, the 18 acre Fitzgerald Park is a good place to unwind. The original pavilion and ornamental fountain of the Exhibition era of 1902 are still on display at the park. There are a number of sculptures placed strategically along the beautiful landscape. You can also visit the Cork Museum which is located here.

Formerly known as Queenstown, the tourist seaport town of Cobh is a 25-minute drive southeast of Cork city. The town which is a favored dock for cruise liners from around the world, gained prominence because it was the last port of call for the doomed Titanic. A one hour Titanic Trail and a Titanic Experience in the original White Star Line Ticket Office, allow you a peek into what things must have been like when the RMS Titanic set sail from Cork Harbor. Other notable sights in Cobh are the St. Colman’s Cathedral dating back to 1868, the Cobh Museum and the Queenstown Story Heritage Center. On the West side of Cobh are the famous ‘Deck of Cards,’ 23 houses built on a steep hill on 23 different levels.

Set on the scenic Fota Island in the heart of Cork Harbor, 10 km east of the city, the 100 acre Fota Wildlife Park is a great place to visit with the kids. Some of the animals in the park are free to move around so you may just encounter a kangaroo or a ring-tailed lemur while you walk around. The park has been the recipient of the award for ‘Best Family Day Out’ for Cork and Munster on several occasions. Some sections of the park are arranged by habitat and region to house species such as the Asiatic lion or the Indian Rhino which are indigenous to a particular region.

If you’re looking for a place to unwind with some history thrown in, then head to the town of Kinsale about 25 km south of Cork city. The historic fishing town of Kinsale in County Cork is a popular holiday destination, attracting tourists from all over. The breathtaking scenery coupled with numerous leisure activities, historic buildings and restaurants of repute, make this a place worth visiting.

If you have time on your hands then a day trip to Mizen Head should make it to your list of things to do. The dramatic cliff scenery of one of the most south-westerly points of Ireland makes Mizen Head a major tourist attraction. The signal station which is a ten-minute walk from the car park is now a museum that houses displays relating to the site’s strategic significance for shipping. Crossing the iconic bridge above the gorge is an exhilarating experience. If you’re lucky you may just spot some seals and their pups in the swells below.

In the heart of Cork you’ll find the municipal food market, well known for its fresh produce. The English Market was named in the 19th century to distinguish it from the St. Peter’s Market nearby, which was called the Irish Market. The buildings of the present market were constructed in the mid-19th century although a market has been on the same site since 1788. The market is a popular tourist attraction, drawing the likes of Queen Elizabeth II also to its beautiful environs.