Top 12 Things To Do In Fort Lauderdale 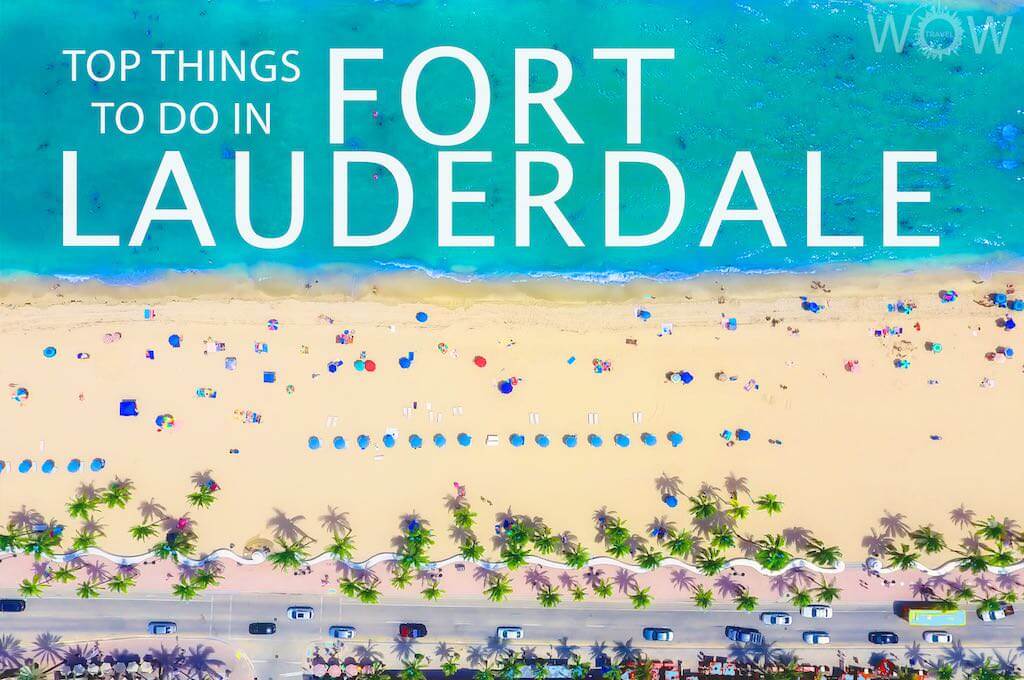 Being one of the most popular tourist destinations in Florida, Fort Lauderdale can be considered as the hub of US forts made during the time of the Second Seminole War. Three forts are primarily said to be in the upfront which makes Fort Lauderdale a famous tourist attraction. As the city is a part of Florida, you can well imagine that it is not barren of recreational and sight scenes; especially because half of the place is surrounded by various water bodies which attract migratory birds. Rest assured, Fort Lauderdale is beacon where you can find almost every single thing you need to make the vacation worthwhile. Starting from white sandy beaches to the turquoise blue water, you will have wildlife habitats and so many other attractions. So, if you are planning a visit to the city, here we have detailed some of the places that you need to include in your list positively.
[booking_product_helper shortname=”fort lauderdale”]

Bonnet House can be said as the conglomeration of nature, art, and history- all together within a single estate boundary. There is a small gallery come museum inside the estate where you can revel in the richness of the antique historical creations collected by Frederic Bartlett. Apart from this, here you will find five different ecosystems- Atlantic Ocean beach and dune, mangrove wetlands, freshwater slough, maritime forest, and secondary dune. There is a desert garden also, symbolizing the dry vegetation.

Fort Lauderdale is a beach resort city that has a lot of natural touch in its cultural architecture. And that’s what has formed the famous Everglades Holiday Park. A perfect destination for the family outings, this natural reserve attracts a lot of tourists, thanks to the ideal mixture of picnic spots and tons of native vegetation covers. The entire area is mainly constructed on wetlands, and hence, you will find alligators in this region. Apart from them, the glade is home to many other wildlife creatures.

As America has played an essential role in the Second World War, Fort Lauderdale has it’s own share of tales, and hence, the Naval Air Station Fort will give you glimpses about the war. There are soldier barracks on the show for the people, along with a training house and architecture dedicated to George HW Bush. The building tells the stories of thousands of martyrs who fought in the WWII valiantly. Initially, in 1942, there were 200 buildings, but now only eight of them is remaining for the exhibits.

This state park is located between the vast Atlantic Ocean and the Waterway present on East Sunrise Boulevard and is considered to be the epitome of tropical ambiance. Apart from the daily water-based activities, one will take fun in the wildlife present in the oasis. Turtles are very frequent, along with gopher tortoise and the marsh rabbits. Thanks to it’s mixed climate, the state park is the home to many migratory bird species along with the ones native to the land itself.

This house museum was built in 1901, and hence is the oldest architecture standing upright in the entire Broward County. Initially, the house was built for trading purposes, but later on, the building became the residential place for the elite individuals of Fort Lauderdale- Ivy and Frank Stranahan. A tour to the house will give you a glimpse about the lifestyle led by the two individuals and the history associated with the architecture. After all, Stranahan House has seen it’s a fair share of events in the bygone times.

NSU art museum in Fort Lauderdale is a place where you can come face to face with the fantastic art collections of both the contemporary and the modern day world. It was built in 1986, and since then it has been a famous tourist attraction. All over the place, there are perhaps more than six thousand art pieces collected from South Florida and the Caribbean. Along with this, you can witness the elegance of the renowned ceramic collections of Pablo Picasso.

The most amazing insect that can always baffle the human eyes is the butterfly. With their colorful wings and variant sizes, it is fun to watch them in their habitat, living freely in communities. And that’s why Fort Lauderdale has brought you the hidden gem in the form of the Butterfly World. The park has more than twenty thousand butterflies, dissociated in fifty different species. There is a lab where you can watch the caterpillar hatching from the cocoons and undergoing the process of metamorphosis.

Museum of Discovery and Science

This is one of the best places where you can walk in with your kids and spend the day amidst science and other discoveries related to the same field. Museum of Discovery and Science is a place where you can both enjoy and learn about various scientific facts. There is a simulation center where you can travel outer space, specifically to the moon or Mars. There is a separate section where you can unearth the fossils from the dinosaur era and the prehistoric era of Florida.

Fort Lauderdale is an integral part of Florida’s coastal, and hence, this beach resort city needs to have a beach park. Located in the upfront, the beach park is frequently visited by both the locals and the tourists as it is one of the best recreational spots in the entire city. There are different facilities for sports like volleyball, basketball, and even boat ramp. So, yes, if you want to relax somewhere under the sun while watching the waves crashing against the shoreline, Fort Lauderdale beach park is your one-stop solution.

Las Olas is a Spanish term which means ‘the waves,’ and hence, you can easily experience the gusty winds from the nearby oceans throughout the area. It is, in fact, a small city with waterfront houses, and a lot of canals surrounding the entire city. It is a perfect place for those who want to roam around, buy some quirky items from the shops, or enjoy the various galleries which are filled with the history of Las Olas Boulevard.

This antique car museum was found by Arthur O. Stone and is mainly focused on highlighting the history of automobiles from all across the world. The artifacts kept in this museum belong to the Packard Motor Company which indeed has designed some of the most impeccable automobiles of the era. There are cars from the Packard Company dating back to 1900 to the 1940s. Amongst some of the motor parts that are displayed are old dashboard clocks, side lamps, rare carburetors, and even the custom gear shift knobs.

Riverwalk is the place of lush greenery and a stand out amidst the rough texture of urban life. It is the combination of the Riverwalk Linear Park and the Downtown district. Throughout the year, it is the place where Fort Lauderdale hosts most of its events. The entire area is full of fun activities, starting from a5K race to bicycling, photography sessions, and even the dog training. Riverwalk Park is a million-dollar project where you can revel in the beauty of Fort Lauderdale’s waterfront banks.