Top 12 Things To Do In Groningen 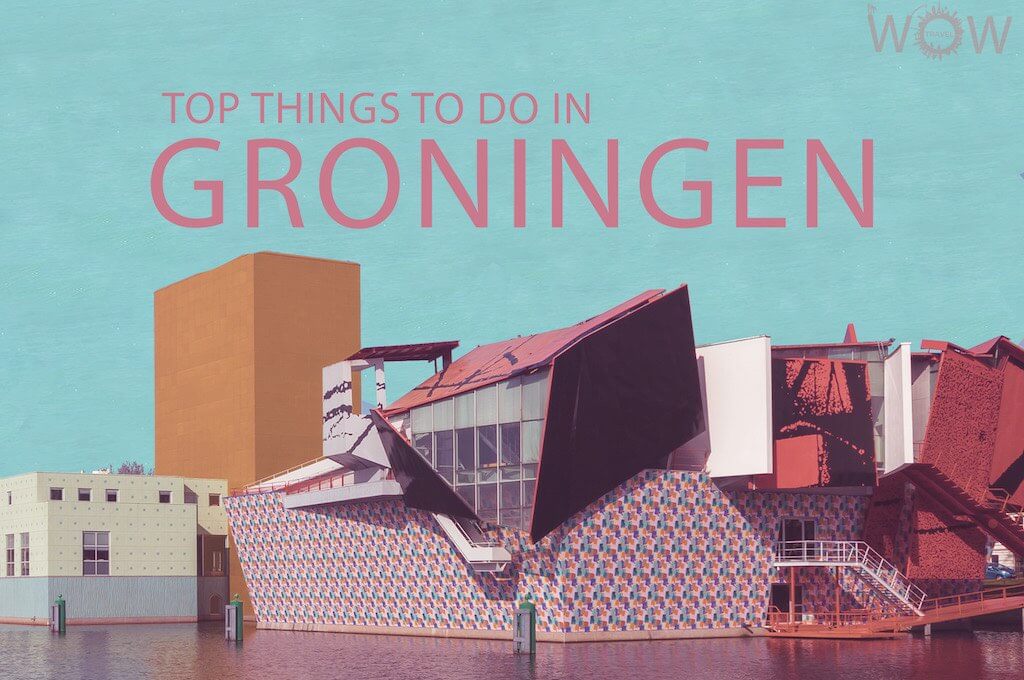 Groningen is the largest city in the north of the Netherlands and is nationally referred to as the “Metropolis of the North.” The city traces its roots back to the 3rd century AD. During the Second World War, many important buildings in the central market square were razed to the ground by tanks. Bullet holes are still visible in parts of the Town Hall that still stands today. Groningen is a city pulsating with life because of the young population that resides here. The main squares of the city are crowded every night of the week and bars stay open till the early hours of the morning. Besides the nightlife, there is a lot to see and do in Groningen.
[booking_product_helper shortname=”groningen”]

This strangely named church was built in the 18th century. The present brick structure stands on the same spot where earlier versions of the church once stood. Fires, demolitions, and other setbacks caused the destruction of previous structures. The building is no longer a religious place but is now used for exhibitions, events, and parties. The distinct yellow balconies of the 76-meter high tower stand out in sharp contrast to the rest of the muted structure. The tower is not open to the public but you can explore the rest of the building.

This old estate is located about 20 km away from Groningen near the village of Leek. The original estate was founded in the 16th century but after a fire damaged the original home, a new manor house was rebuilt in the 19th century. The house now serves as the National Carriage Museum. There is plenty to do at the Nienoord estate for the entire family. One can marvel at 250 historic horse-drawn vehicles at the museum or take the kids to the family park. A petting zoo, model trains, and rides are some of the features of the park.

The Groninger Museum opened in 1874 but the current post-modernist building was completed in 1994. The three main pavilions were individually designed by three prominent architects. The yellow tower was designed by Alessandro Mendini, a pale blue deconstructive space by Coop Himmelb(l)au and the silver cylindrical building by Philippe Starck. Impressive exhibits of modern and contemporary art are showcased at the three pavilions. Its permanent collection focuses on the history and culture of Groningen.

Not very far from the border of Germany, and 61 kilometers east of Groningen is the historic village of Bourtange. The village which was built in 1593 has a network of canals and lakes, which were used as moats. Viewed from the air, Bourtange has an amazing star design. The village was used as a fort until 1851 but began to decline soon after it turned into a regular village. The Fort was restored to its original appearance in 1960 by the local government and converted into a historical museum. It has since become a major tourist attraction.

Grote Markt, which is the center square of the city of Groningen is renowned for the old buildings that are part of it. The Martini tower looks down on the square, and other buildings like the Town Hall and Gold Office stand prominently near the square. The Grote Markt was one of the most beautiful squares in the Netherlands until WWII. During the liberation of the city, large parts of the square were severely damaged. In fact, the north and east sides of the square went up in flames. Today the square still holds many festive and solemn events. The market which still functions as a market place is also well known for its eating places on the south side. The ‘Three Sisters’ the largest bar in Europe, is a popular place for visitors.

Lauwersmeer National Park is a short drive away from Groningen, just 38 kilometers northwest. This popular recreation and conservation center boasts of 50 kilometers of walking paths, numerous bike trails, and various water sports. The freshwater lake was once known as Lauwers Sea and connected to the Wadden Sea. In 1969 the Lauwers Sea was enclosed and over a period of time became a freshwater lake. The park is a paradise for bird lovers as thousands of migratory birds make the park their home. It is also renowned for the Konik horses and other Highland cattle which graze on its extensive grasslands.

Martinikerk is the oldest church in Groningen built in the 13th century. The church contains several 16th-century tombs. The 16th-century depiction of the life of Jesus Christ on the walls is noteworthy. The 97-meter high church tower, Martinitoren, is referred to as ‘Olle Grieze’ or ‘old grey one.’ The landmark monument of Groningen attracts many visitors as the view from the top is spectacular. Visitors are allowed to the area very near the top just where the carillon bells hang. It’s an ascent of 250 steps to the top. The tower was originally constructed in the 1300s but has gone through many restorations because of destructions and lightning storms. The Romanesque style of the tower is a fine piece of architecture.

Noorderplantsoen translates as northern public garden. The garden was originally part of the city’s fortifications which was later transformed into a public park in the 19th century. The long and narrow park curves around the old city, the shape a reflection of what it once stood for. The English style garden has winding paths and meandering ponds and is a great place to unwind. One of the more popular events that is held in the park annually is the Noorderzon Theater Festival. This cultural event attracts more than 125,000 visitors, transforming the serene park into a hub of activity.

The Neoclassical city hall dates back to 1810. This impressive structure in the old part of Groningen is still in use as the office of the mayor and senior civil servants. However, the public is allowed into a part of this beautiful historic building. The impressive pillars of the city hall and the magnificent paintings inside are bound to impress. There are also two 300-year-old benches which add to the allure of the hall. Another room worth visiting is the wedding room which is adorned with impressive murals from 1938. The historical significance of the building is evident from the bullet holes from WWII which are prominent on the western facade.

The renaissance style garden, known as Prince’s garden in English, is located behind the Prinsenhof in the center of Groningen. This beautiful garden with its flowers and herbs attracts visitors from all over. An annual event known as Poets in the Prinsentium is held here. Well known and budding poets read out their poems in the open air of the beautiful garden.

The Synagogue in Groningen is definitely worth a visit. The Moorish style building is partly derived from the Oranienburgerstrasse in Berlin. What stands out in the interior is the large stained glass window with the symbolism of the ‘Tree of Life.’ Guided tours are available to help you understand more about the history of the synagogue and the Jewish community of Groningen. The Synagogue was closed in 1943, but restored in 1979 and reopened in 1981. Today a small part of the synagogue is used as a ‘sjoel’ by the Jewish community, but the rest of the building is used for cultural activities. Jewish themed exhibitions, concerts and lectures are held in the synagogue.

Groningen University was founded in 1614. The red administrative Neo-Renaissance-styled building is worth a visit. It has a number of allegorical figures on its facade and was erected in 1909. The university museum which was established in 1934 is also a great place to stop by. Fascinating displays of general history, including an Egyptian mummy, and the world’s first electromagnetic car are some of the highlights of the museum.