Top 12 Things To Do In Hangzhou 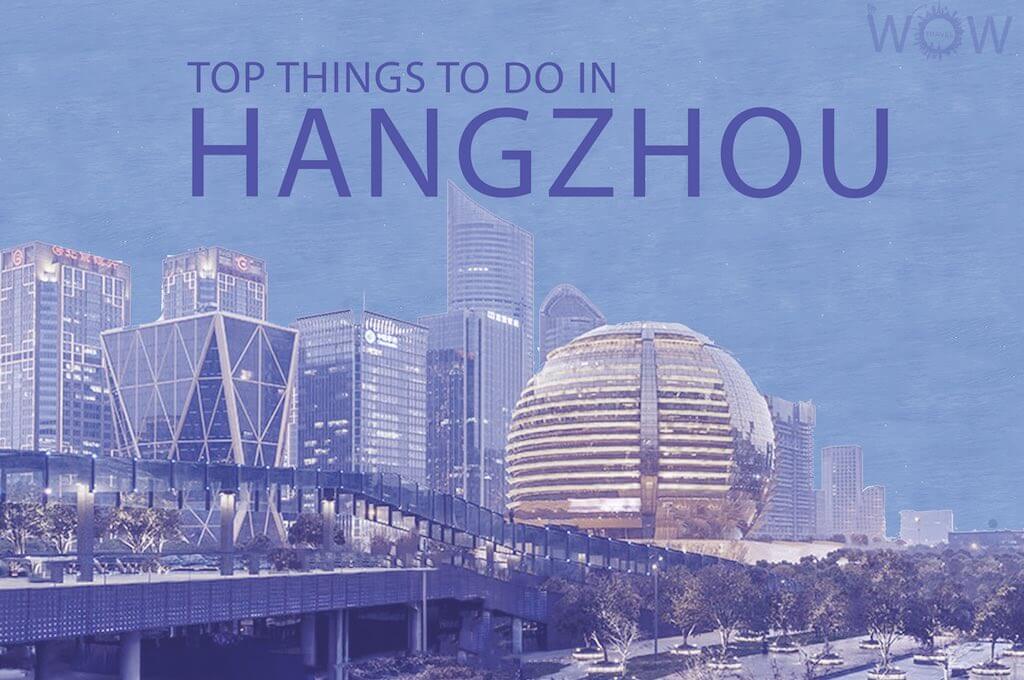 Hangzhou, the city of China is considered as one of the most prosperous places in the country. This place is a rich town that embraces a number of ancient architectural as well as heritage sites. Even today, all of these sites are maintained very properly which further makes this city one of the most traveled destinations in China by the tourists. There are scenic spots, beautiful lakes, many temples as well as a number of other things that you can make the most of while you are exploring the city.  Here are the top 12 things that you can do in Hangzhou
[booking_product_helper shortname=”hangzhou”]

The West Lake is considered to be one of the most sought-after spots of the city which is loved by one and all. This happens to be a beautiful lake which is surrounded by ample gardens, temples, pagoda as well as gorgeous artificial islands. This one is a heavenly beauty which is going to fill your heart with all the tranquility. Hence, your visit to the West Lake is a must. Explore the scenic beauty here.

Situated next to the grand Lingyin Temple, Fei Lai Feng is a mountain which is majorly composed of limestone. This mountain stands 168 meters high and the same comprises of 345 handcrafted stone statues of Buddha. These statues are ancient and were mainly built during the Song, the Yuan as well as the Five Dynasties. They are delicate, solemn, and sacred. A number of folk tales are attached with the inception of this mountain and it is surely worth the visit.

Leifeng Pagoda was constructed in 975 AD during the period of Five Dynasties and Ten Kingdoms and the same happens to be one of the oldest places to explore within the city. This place is considered to be famous because of a Chinese folktale called the Legend of the White Snake which describes the story of a snake demon. This snake demon was imprisoned by a Buddhist monk for eternity. Ever since then, this place has become one of the major attractions of the city.

This park is considered to be a very popular tourist spot which covers a total area of 11.5 square kilometers. It is considered as one of the national 5A-level tourist attractions of the country. This park comprises of six main watercourses, natural plants, a lot of wild animals, a pristine scenery as well as many other attractions to look for. Overall, this place makes a very good spot for all the visitors who have a penchant of natural spots and scenic beauty.

Longjing Tea and the Dragon Well

Hangzhou is very famous all over the world for its Longjing Tea that has been named after a small village which is located at a distance of three kilometers from the West Lake. This one is a picturesque village which is set amid some of the most beautiful countryside of the city. The peacefulness of this place attracts many, especially all those people who love spending time in nature-friendly places. The plantations of tea serve as a major highlight of this place.

This street is an easy walk from the West Lake and the same is considered to be one of the most sought after places of Hangzhou located within the city. This place is always bustling with the crowd and the same provides a glimpse of how the city life of China looks like. There are traditional restaurants, tea houses, cultural places, shopping centers and many other things to explore in the ancient street. You can get acquainted with the art and craft of China here.

Another beautiful theme park of China is the Songcheng Park which came into establishment in the year 1996. This place attracts more than 6 million tourists per year. It hosts a beautiful Romantic Show of Songcheng which is a must watch for all the art lovers. There are amazing performances, shows, and other events carried out at this park. If you have a liking for Chinese culture, your visit to this park is a must.

Hefang Street is considered to be an antiqued pedestrian shopping street that is saturated with a number of ancient-style shops, vendors and many other teahouses like paper-cutting stores, pillow shops, sugar candy sculptors and many others. You can attain a very impressive shopping experience in this street. There are a number of shops which sell all the cultural souvenirs of China. Chinese medicines are also being sold here. This place is surely going to give you a fabulous experience.

This grand house was constructed between 1872 and 1875 and is flanked by beautiful gardens and ponds. This residence of Hu Xueyan is highly luxurious which is full of rare paintings, valuable antiques, elite wooden furniture as well as some contemporary ornaments. There are beautiful decorations and any connoisseur of interiors and decorations is surely going to admire this place. The sculptors tell many stories. The design of each room is exclusively fabulous. This place is a must visit.

If you are an adventure lover, you must visit the magnificent Mount Mogan which is a 719-meter tall mountain, located 50 kilometers northwest of the city. This mountain adopted its name from a legendary couple who used to live here in the 5th century BC. There are many stories about the living of that couple both of them were blacksmiths who devoted their lives to making two beautiful swords for the emperor of China. As an adventure lover, you can enjoy a number of activities here including trekking, hiking, and biking.

This place is located at an hour’s commute from the northeast of the city and the same is considered to be one of the most famous water villages in the country. This is often termed as a much smaller version of Venice and it is crisscrossed with beautiful waterways which are both wide and narrow. There are long boats that take you places within the village. This is one popular destination for the tourists that lets you explore each beautiful side of the village.