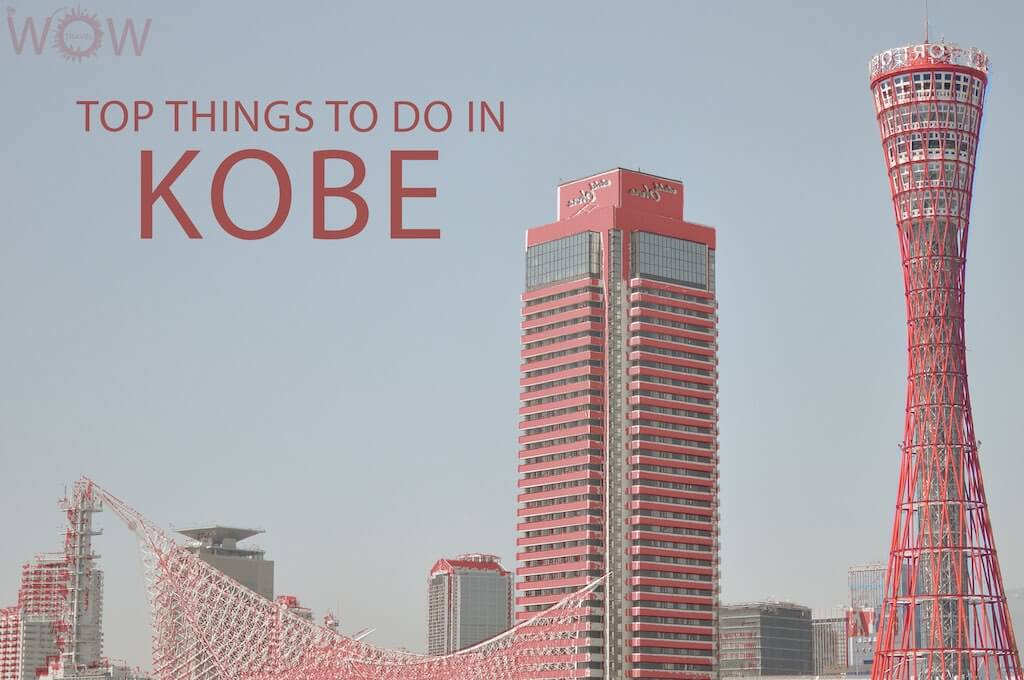 Japan is one of the most vibrant Asian countries, thanks to the thriving technological ambiance and dazzling natural beauty. Even though Japan is critically located within the Ring of Fire and there are high chances of some devastating natural calamities, the country is becoming a superpower since the World Wars. And in this country, one of the most important cities is Kobe, which is located along Osaka Bay in the northern region. The town has a pretty much fascinating history owing to the fact that Kobe has always been inhabited by different tribes, starting from the first hunter groups. Being the sixth-largest city, Kobe happens to be an essential port city after it opened trade routes to the Western countries. Since then, the island city has attracted a lot of tourists from all around the world with the help of it’s vibrating culture and rich historical heritage. If you are planning on a visit to this Japanese city, here are the twelve best things you can do during your stay in Kobe.
[booking_product_helper shortname=”kobe”]

Linking the city of Kobe with Honshu and Iwaya on the Awaji Island, the Akashi Kaikyo Bridge is the world’s largest suspension bridge according to the measurement rule of the central span length. Perhaps that’s why it is so much preferred by tourists who visit Kobe during any time in the year. The bridge is standing on the Akashi Straight, which is quite wide in breath to lend you a marvelous view of the water body. The bridge holds a lot more importance in the Japanese culture that we can comprehend.

Also known as the Kobe Zoo, this is the city’s most famous wildlife preserve spreading over a large land area of 80,000 square meters. Over eight hundred different animals from 150 different species are being kept in this zoo, where you can see animals from different parts of the world. Now, the best part of visiting Oji Zoo is in the various centers spread across the entire land like the Flamingo Pond where you will find a flock of pink flamingos, the Animal and Children Country which includes further separate pavilions for different species, and so on.

Mount Rokko is considered to be the heaven of Kobe, thanks to the spectacular views it offers from the top of 931 meters. So, it is the highest peak in the entire Rokko Mountain Range. From the top, you can revel in the panoramic view of the twinkling building lights in the night city of Kobe or the exquisite green view of the Osaka Bay. But apart from these views, you can enjoy the various small sightseeing areas which are located along the trail to the peak of Mount Rokko. A small botanical garden is there, along with Japan’s very first golf course and even a flower pasture.

House to the native fruits and flowers of Japan along with other exotic breeds, the Fruit and Flower Park is a spot for relaxation and great fun with your family. The entire park is built on a conjoint theme of European architecture and Japanese love for nature’s beauty. So, on the one hand, when you can marvel at the Western building architectures, on the other hand, the fresh aroma of the fruits and flowers will tickle your nose. From summers to the falls, you can go on a fruit picking spree, thus enjoying some heartfelt moments in the park.

Hidden beneath the thick layer of the green mountain foliage on the Rokko mountain range, the Nunobiki Herb Garden offers a pleasant gateway from the daily hustle and bustle of the city life. The presence of green lives and colorful flowers all around is an excellent mind refreshment, especially when you can get a marvelous view of the tree-clad mountain slopes from the garden. Over 75,000 herb species are cultured here, and so, their mixed aroma is quite thick in the air of this place.

As Japan is the home to some of the best natural attractions in the world, the same goes to Kobe. Being an island city, Kobe also houses quite an impressive list of natural attractions which include the famous Nunobiki Falls. This is the combined set of four different waterfalls, along with the smaller cascades in the lower regions. That’s perhaps one of the reasons why Nunobiki Falls offers one of the best panoramic views of the Kobe city. Ondaki waterfall is the most visited, thanks to the massive volume of water that cascades down the rocky slopes of the mountain.

Dedicated to the Japanese goddess- Wakahirume-no-Mikoto, the Ikuta shrine is 1800 years old. Quite surprising isn’t it? Yes, there is no doubt that the European countries greatly influence Kobe’s culture but still, in some corners of the country you will find the actual Kobe historical culture. Ikuta Shrine is a primal example of the same. The first two gates- Torii and Tower gates- both hold the dear significance of Kobe’s culture. In the main building of the shrine, there are Komainu along with an offertory chest.

In regular zoos, you can only watch the animals enjoying their worlds. But, there you can never be a part of their world. However, Kobe Animal Kingdom begs to differ in the statement surprisingly. This zoo comes wildlife park offers the tourists a chance to be with the animals and birds, feed them, and even touch them with their hands. Starting from the pet dogs, cats to the kangaroos, alpacas, gat, and even toucans, the park houses some of the best wildlife species.

The Arima Onsen is mentioned in The Pillow Book from the Heian Era, where it is named as one of the famous hot springs in entire Japan. It is still considered as a hidden treasure which is the epitome of tranquility and serenity, located behind the humongous land masses of Mount Rokko. In Arima Onsen, you will find two different kinds of springs- gold spring whose water is slightly yellowish-brown in color due to the presence of iron salts and the Silver Spring which has colorless liquid laden with ions of radium and carbonate salts.

While considering a visit to Kitano Cho, you must remember that this section of Kobe city is a district in itself, thanks to the numerous houses which will give you glimpses into the world of the 19th century Kobe. The apartments are known as Ijinkan, and they were used by the European merchants who settled in Kitano Cho after Kobe became a port city. Some of these houses were transformed into old places, later on, thus offering the tourists a marvelous view into their lifestyles.

Built in 886, it is one of the best Buddhist attractions in the entire country. The temple ground is quite spacious, thus offering a peaceful ambiance to the visitors. The Gempei war garden depicts the battle which took place between Taira-no-Atsumori and Kumagai Naozane. There is a small Banshinden Museum where you can find statues of many gods and goddesses from different Asian culture. It is one of the most visited pilgrim sites in the entire city of Kobe, thanks to the royal touch in the architecture of the temple.

Himeji castle was built in 1300, and since then, it is considered to be the most beautiful example of Japanese royal architecture. The Himeji castle is the most visited place in Kobe after it was branded as a UNESCO world heritage site. The entire architecture consists of eighty-three buildings, and the defense system is quite advanced, based on the ones which were predominant in the feudal period. You will see the curved walls of the castle which are considered to resemble giant fans. The white brilliance of the exterior architecture is said to signify a bird ready to fly, and that’s where the cultural significance of the Himeji castle lies.