Top 4 Things To Do In San Marino 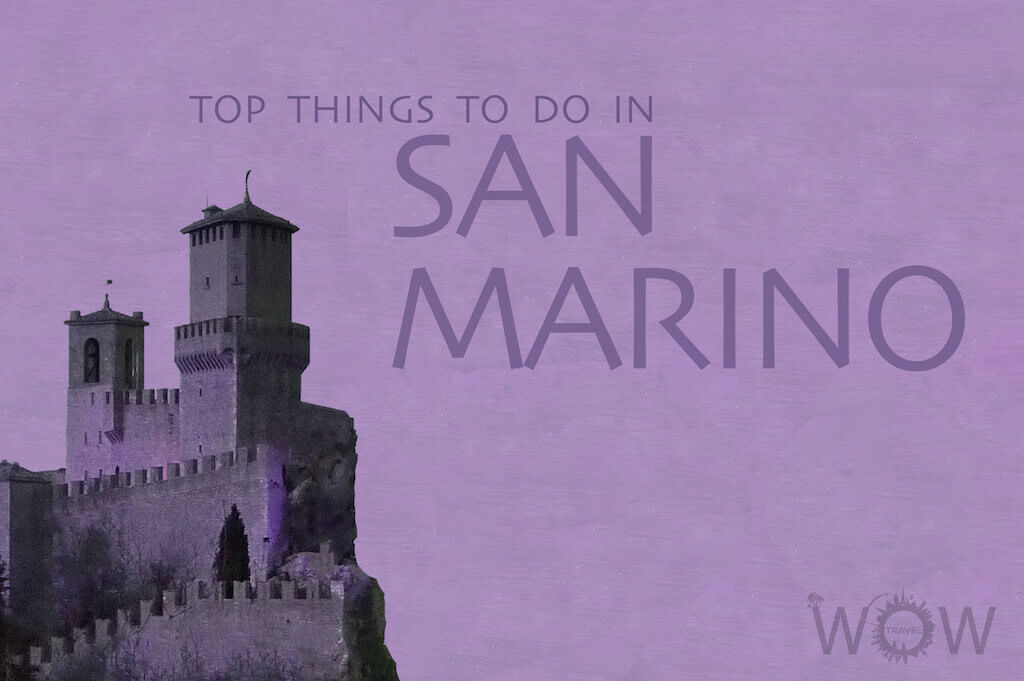 The Most Serene Republic of San Marino is a must-see destination for lovers of history and for those who love picturesque panoramas. Surrounded by Italy on all sides, this high-GDP micro-state of only 35,000 residents is indeed an enclave of calm. The medieval architecture, the warm Mediterranean climate and the fantastic heritage are all a part of San Marino’s charm. San Marino boasts an impressive assortment of museums, art galleries, elegant jewelry shops, boutiques and shopping centers as well. Check out the Top 4 Things To Do In San Marino.

Chiesa di San Francesco is a church that belongs to the Roman Catholic Diocese of San Marino-Montefeltro. It was built in 1361, making it the oldest church in this Republic.

The Basilica di San Marino was built in 1836 to replace the original one that was built on the same spot in the 7th century. The basilica has been built in a neoclassical architectural style, with a set of Corinthian columns upon the porch.

Palazzo Pubblico is the heart of the San Marino political scene and of its history. The Palazzo Pubblico is the town hall of the City of San Marino as well as its official Government Building. It was built between the years of 1884 and 1894, in a neo-Gothic architectural style, overlooking the beautiful countryside and the Piazza del Liberta. Every day at 8:30 a.m and 6:30 p.m the changing of the guards takes place, which shouldn’t be missed by tourists.

At the historic center of San Marino is its tallest hill, Monte Titano, where three towers now stand. The Three Citadels were important fortresses which had defended San Marino from invasion from other countries and the existence of these citadels built in the Middle Ages is very impressive. La Guaita was built in the 11th century while La Cesta and La Montale were erected in the 13th century. Saint Marinus, from who the city takes its name, found refuge on Titano around 257AD and its present three towers appear on San Marino’s flag. Occupying a commanding position overlooking the city, La Guaita is the oldest and best known of the three towers. Source: urbanghostsmedia