Top 5 Things To Do In Manama 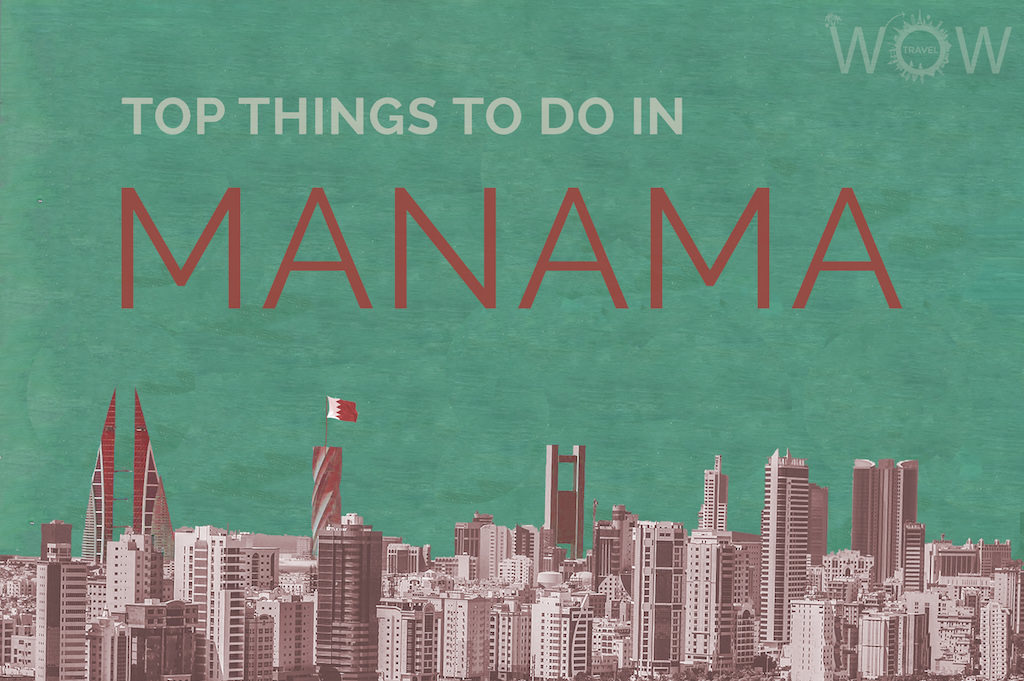 Manama is the capital city of Bahrain, the smallest among the Arabian countries yet one of the most powerful and richest not only in oil but in culture. This city offers an interesting mix of both Arabian and Persian cultures which shaped the history and way of life of its people. The prosperous economy of Bahrain is not solely reliant on oil but it has diversified in sectors like education and tourism, evidently making it one of the sought after destinations in the Gulf. Manama is nowadays a major financial and communication center. Legends say Bahrain is believed to be the biblical place of the Garden of Eden and it is indeed becoming one, Bahrain is one of the fastest-growing economies in the Arab world so one can basically find it all. Great luxury hotels, incredible gourmet and traditional restaurants, shows, theaters, shopping centers and more.
We will say only one more thing, the name of this amazing city comes from an Arabic word that means “the place of rest” or “the place of dreams”. After visiting it we can certainly say so. WOW Travel invites you to take a look at its The Top 5 Things To Do In Manama.

Manama Souk is known for its pearls and gold in the warren of streets behind the famous “Bab al-Bahrain”, located in Manama’s central business district (CBD) and marks the main entrance to the souq. The souq is a labyrinth of small lanes that have endless displays of goods for sale. It is the place to go for electronics, bargains, spices, sheesha bottles and feel the old Arabic atmosphere.

The Mosque is part of an Islamic center. The center includes the mosque, a department for Qur’anic studies and an Islamic library. The construction work of Ahmed Al-Fateh Center began in 1984. It was opened in 1988. The mosque occupies an area of 6,500 square meters and it can accommodate up to 7000 worshippers. Daily congregational prayers, as well as Friday prayers, are held at the mosque. Italian marble covers the floor and part of the walls of the mosque. The dome is made of fiberglass and has twelve stained glass windows. The mosque’s fabulous doors are made of teak wood imported from India. The central chandelier was made in Austria and is surrounded by numerous hand-blown round lamps made in France.

“Qal’at al-Bahrain is the archaeological site of a port which was once the capital of the Dilmun civilization and served more recently as a Portuguese fort. It is a typical tell – an artificial mound created by many successive layers of human occupation. The hill shows almost continuous remains from ca. 2300 BC to the 16th century BC. They span the Dilmun, Tylos, later Islamic societies and the Portuguese period. This makes it a rare archeological and historical reference site in Eastern Arabia and the Gulf region. The site gets its name from Qal`at al-Burtughal (Portuguese fort). In the early 1500s, the Portuguese saw Bahrain as a key point to protect their trade routes between India, Africa and Europe. They invaded the island and set up a military base at the Bahrain Fort. They strengthened the already existing fortress and erected new stone towers.” Source: World HeritagesSite

In the maze of narrow streets and alleys on Muharraq Island, at the far end of a rectangular square, stands Bait Sheikh Isa bin Ali. Built around 1800 and one of the oldest houses of Bahrain. Shaikh Isa bin Ali Al Khalifa, the King’s great-great-grandfather, was sovereign from 1869 to 1932, the longest reign of a Bahrain ruler. His home provides a glimpse of royal life in the 19th century with period architecture and wall carvings.

The establishment of AlAreen Wildlife Park and Reserve was as a response by the Kingdom of Bahrain to the conservation of wildlife in the Middle East. It was hoped that the establishment of such a reserve, would promote similar projects in other countries in the region. The wildlife sanctuary was built to protect rare Arabian species including the Oryx, Adax and Reem Gazelle. It is perfect for families and animal lovers to explore at leisure and enjoy the opportunity of seeing animals in the wild.