Top 6 Things To Do In Faroe Islands 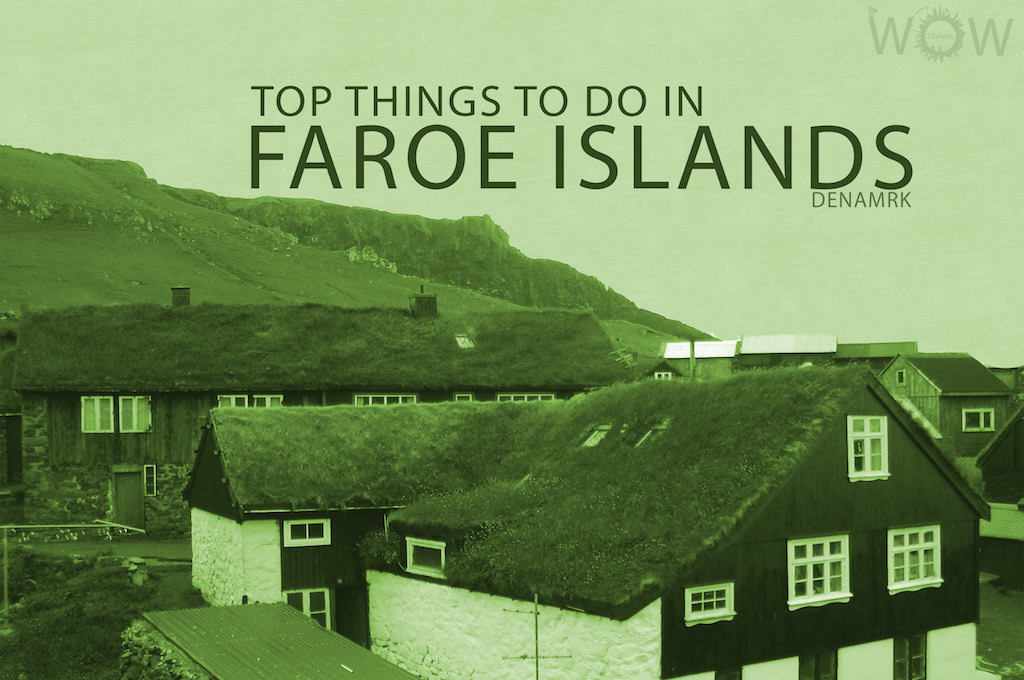 The Faroe Islands may be a tiny spot on your map, however, it has a well-earned spot in Nordic history and geography books. It is also known worldwide due to its interesting and beautiful fauna, especially migratory birds and endemic species that choose the Faroe Islands to rest and/or nest. Sharp green hills, colorful cottages, friendly people, Viking’s ruins, unique food and more make of this tucked away destination part of our bucket list. We are sure you never looked at that part of the map but after our Top 6 Things To Do In Faroe Islands, you will certainly start planning a visit.

Traveling to the Faroe Islands is for people who love wandering and discovering hidden natural gems such as these gorgeous falls located near the little village of Gasadalur which is inhabited by only 20 people. Be ready to climb over a mountain and go through a tunnel in order to see the most breathtaking views of the falls and the cliffs.

Vestmanna is a charming town on the west of the island of Streymoy. Its singular location, great weather and plankton-rich waters of the North Atlantic turned this place into a great nesting spot for the migratory and local birds during the summer. Two hours of boat rides are very popular in this town and can be easily arranged at the Vestmanna Tourist Center.

It is the southernmost village on Streymoy, Faroe Islands and the country’s most important historical site with magnificent vestiges of the Magnus Cathedral built in 1300, the Saint Olav’s Church from 12th century and the old farmhouse Kirkjubøargarður from 11th century. Walking around this charismatic village is a trip down history, it takes you back to the Viking Ages. Do not leave Kirkjubour without visiting the Roykstovan house, a 900-year-old farmhouse which has been occupied by 18 generations of the same Faroese family, and the farmhouse museum is usually open daily in the summer.

The largest lake in Faroe, situated on the island of Vágar between the municipalities of Sørvágs Kommuna and Vága kommuna. It may not be a huge lake compared to other lakes in the world but its beauty and special location add a special touch to it. The lake is very close to the ocean, but its surface is about 40 meters above the level of the sea. It is surrounded by a higher cliff which prevents it from emptying into the ocean. Believe it or not, there is a bit of history here as well, during World War II, the British army built an airfield by the lake as well as a station to support seaplanes.

For the sportive kind, there are great options such as this stunning mountain names Slættaratindur. The highest mountain in the Faroe Islands with an elevation of 880 meters located in the northern part of Eysturoy, between the villages of Eiði, Gjógv, and Funningur. Make sure to visit it during the summer months where the winds are not so strong and the temperatures will be warm enough to allow you to go up to the summit. The views from the top are just ravishing. According to Guinness World Records Slættaratindur is the object of the world’s longest sight line, 550 km from Vatnajökull, the largest glacier in Iceland.

Sandoy the dream place for cyclists and hikers because of its rela­tive­ly flat terrain and exquisite landscape. The cliffs located on the western side are famous for hiking due to its open countryside which is something quite unusual for the Faroes, remember to take a look at the awe-inspiring sheer cliffs which are a true paradise for birds. The Tourist Office lies in the middle of one of the villages. Here one can obtain information about the islands and arrange for guided tours. All the villages have community houses that are open to groups with advance reservations.