Top 6 Things To Do In Trinidad And Tobago 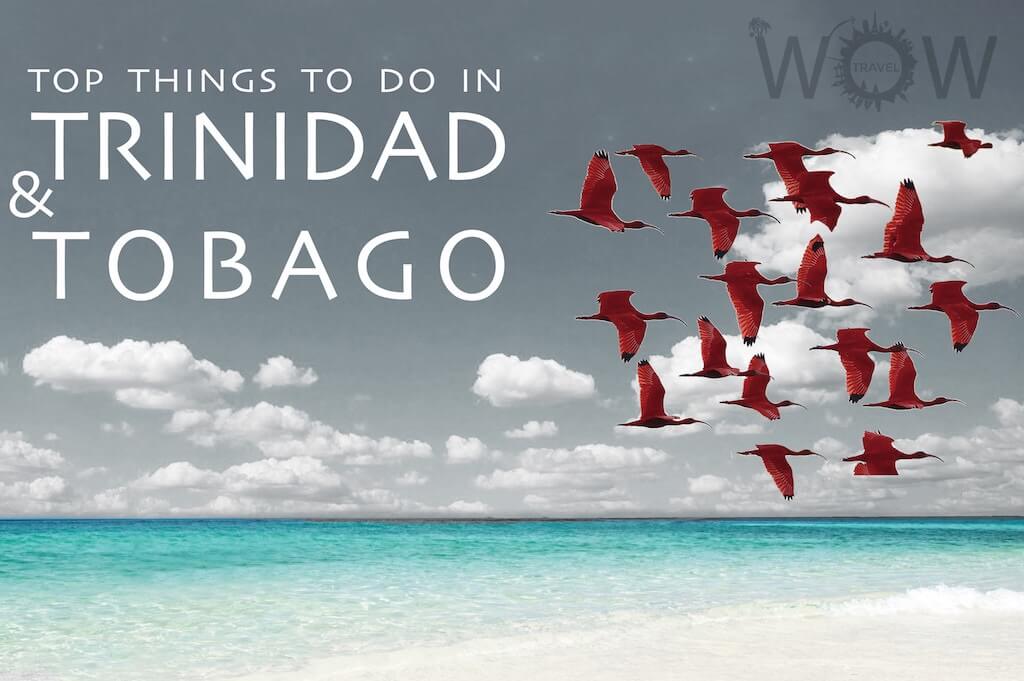 Just off the northeastern coast of Venezuela, Trinidad and Tobago are two unique islands joined as one nation with different characters. Check out our Top 6 Things To Do In Trinidad And Tobago.

This is the home of Trinidad’s national bird, the Scarlet Ibis – a beautiful sight as they flock to Caroni’s mangrove trees to roost at sunset. The swamp houses a wide variety of wildlife including 186 species of birds: osprey, herons, white flamingoes, ployers and egrets. A short drive outside the capital Port of Spain lies the Caroni Swamp, an area of dense vegetation, many little canals and some lakes, and a rich fauna. Located in the Caroni Swamp, this is a must for bird watchers. The Caroni Swamp includes fifteen thousand acres of marshland, tidal lagoons, and mangrove trees. Several thousand Scarlet Ibises nest and roost in the sanctuary and are often seen in large numbers during the last two hours of daylight. From this extensive area of lagoon and swamp, flocks of Trinidad’s national bird, the scarlet ibis, can be seen every evening blanketing the sky in awesome red on their way to roost. Source: discover-tt

Just 45 minutes drive (north-east) from the capital Port of Spain, you will find one of the finest coasts in the Caribbean. At Maracas Bay, the miraculous rainforest clad mountains marry the blue Caribbean Sea and create a mile long crescent of peach colored sand.

Fort George was part of a complex of fortifications. The fortifications consisted of sea defenses and a series of supporting batteries: the York, Princess Charlotte, Abercromby and Cambridge on the lower slopes and the Cumberland to the North above the Fort. Considered impregnable, it was the major defensive position in the island, but never to experience military action. In times of rumors of war, the merchants of Port of Spain would store their records and valuables at the fort. Fort George ceased to be a military establishment in 1846. A signal station was established there and continued operation until November 1964. Source: citizensforconservationtt

Stretching for miles, Pigeon Point is Tobago’s premier tourist beach with its soft white sand, turquoise water and  coconut palms. This beach is a little paradise and it is very popular for jet skiing and windsurfing as there are good winds on the far right of the beach from December through to June.

The Main Ridge Forest Reserve was declared a protected Rainforest by the English Crown over two hundred years ago, making it the the oldest protected piece of land and forest reserve in the western hemisphere. It is estimated that the rainforest provides habitats for 12-16 species of mammals out of the nearly ninety mammal species in the Caribbean region, 24 non-poisonous snakes, 16 lizards and 220 species of birds that has been recorded, the most outstanding being the White-tailed Sabrewing Hummingbird – that is both rare and endemic to Tobago. Source: ttobago.info