Top 7 Things To Do In Bergen 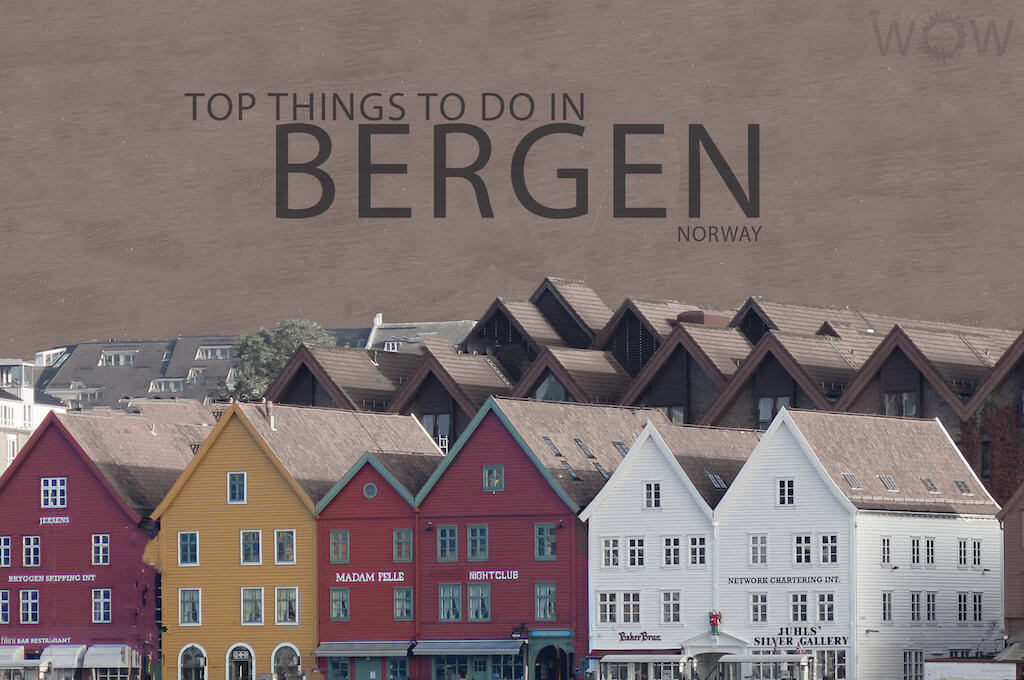 Bergen is known as the “Gateway to the Fjords” as the city is surrounded by this world-famous attraction. But in between sailing Bergen’s fjords you will discover a charming city, full of history and tradition. Get started with our Top 7 Things To Do In Bergen.

Bergen Cathedral has been a place of worship for 9 centuries, although it’s been burned down five times along its hisotry. It features stonemasonry in the entrance hall and inside you will find an old interior plus a wonderful organ.

Bryggen (the old wharf of Bergen)

A UNESCO World Heritage site, Bryggen is a series of Hanseatic commercial buildings lining the eastern side of the fjord coming into Bergen. It is a reminder of the town’s importance as part of the Hanseatic League’s trading empire from the 14th to the mid-16th century. This is the oldest part of the city and the only preserved business district from the Hanseatic period.

The fish market is situated by the harbor. Its charm lays in the fact that it is very much an open kitchen. Eat local specialties such as fresh caviar, pickled herring and fish soup at this lively outdoor market that dates back to the 12th century.

At 643 meters (2,109 ft) high, Mount Ulriken is the highest of the 7 mountains that surround Bergen. From Mount Ulriken you’ll have a magnificent view on the city and it’s surroundings. You can climb all the way up, though it’s not going to be easy, or to take the Ulriken Cable Car.

Bergen Aquarium is a sea-life center with a wide variety of fish, shellfish, mammals and shows, as well as a tropical section with animals from the earth’s warmer climates.

Ride the Fløibanen funicular railway, it starts from the city center of Bryggen, and takes you to the top of the Mount Floyen. At 320 meters (1,050 ft) above sea level a magnificent views over the surroundings islands will be revealed.

Bergen is surrounded by the Norwegian fjords, which have been inscribed on UNESCO’s World Heritage List. The fjords were formed during the ice age from melting water that forced its way under the ice to create deep, narrow inlets between the tall mountains of Norway. From Bergen there are several cruise companies featuring the very best of the Norwegian coast and fjord scenery. The deepest and longest fjord in Norway, Sogne fjord, is only 70 km (43.5 miles) away from the city. It stretches over a distance of 204 km (128 miles) and was an important trading route during the Viking Era since it connected the villages of Sogn and Bergen.