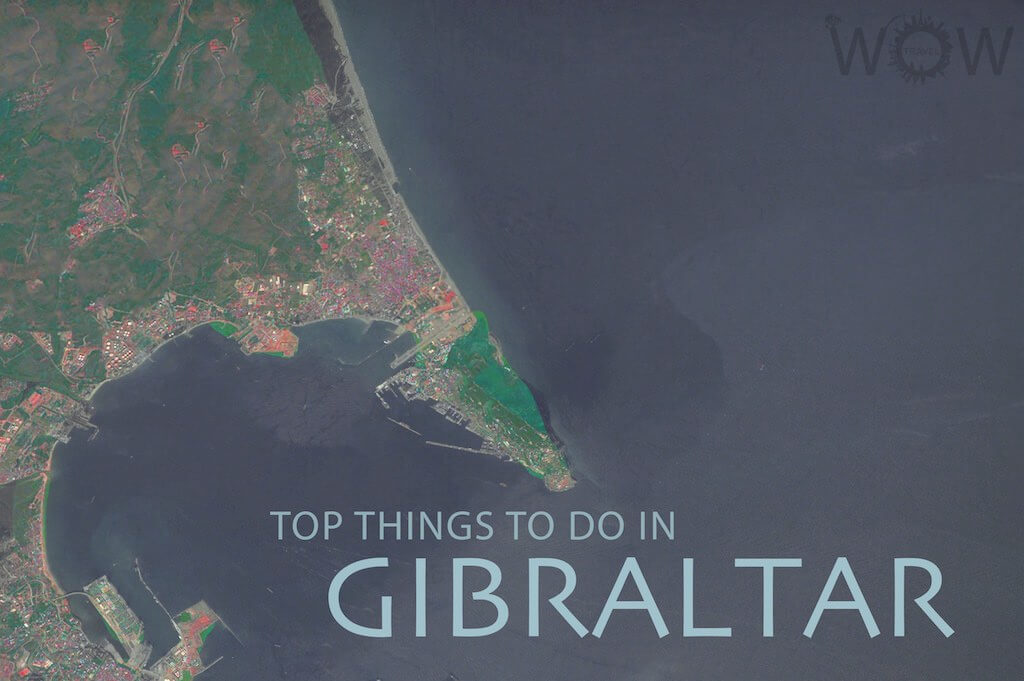 Gibraltar is a British Overseas Territory on the south coast of Spain known for the Rock of Gibraltar, a 425 meter (1,394 ft) limestone ridge at its center. Despite covering an area of just 6.7 square km (2.6 square miles), the tiny nation of Gibraltar is an intriguing place, steeped in history. From the very beginning around 100,000 years ago when primitive humans and Neanderthals fished the shoreline and inhabited the limestone caves. Nowadays there are roughly 30,000 inhabitants, and they are a mix of Catholics, Protestants, Muslims, Jews and Hindus. Check out the list of the Top 7 Things To Do In Gibraltar

Gibraltar caves are exciting and full of history. There are approximately 150 caves within the Rock of Gibraltar, some of which are sea caves and appear at all levels, proving that the Rock had been submerged under water for some time throughout history. The most popular of these caves are St Michael’s Caves with their fascinating Stalactites and Stalagmites producing beautiful shapes and forms. Source: gibraltarinformation

Perfect for a daytime stroll or a tranquil evening walk, Gibraltar’s Botanical Gardens were originally created in 1816. The Lieutenant-Governor, General Sir George Don legalised a sequence of lotteries to help contribute towards the expense of the gardens creation, which was also supported by voluntary donations.

Gibraltar is rich in history, but most of its literal riches come from its disputable status as one of Europe’s tax havens. Main Street is the best place to grab yourself a bargain during the day. Come nightfall there is still loads to do, with the new casino in Ocean Village and the bars and restaurants in Casemates Square. Rock on the Rock is another favorite with locals and good if you are looking for live music. Source: yearnforadventure

Eastern beach is the largest and busiest beach area on the rock, it offers a variety of water sports and great vies. Though, the airport runway is very close to the beach so you will see many airplanes landing.

The Rock of Gibraltar is a high cliff at the south-western edge of the Mediterranean Sea, near the town and port of Gibraltar. The shape of it, instantly recognisable as you arrive by air. It has been integrated into the history and the culture. It holds some of the territory’s greatest natural treasures and has been a natural defense to hold it from attackers. Gibraltar’s Highest Point is 425 meters (1,394 ft) above sea level, when reaching the top you will find O’Hara’s Battery, an artillery fortification built in 1890. The Gibraltar Cable Car, a tourist attraction in its own right, offers pleasant transportation  to the top of the Rock. When traveling up on a clear day, it provides a spectacular view of the Rock and surrounding areas, including: the continents of Europe and Africa, the Mediterranean Sea and Atlantic Ocean, as well as the city of Gibraltar and surrounding areas.

Dating back to the 8th century and rebuilt in the 14th century, this “Tower of Homage” is all that remains of the original castle complex that once stretched all the way down to Casemates Square, at the north end of Main Street. It has survived countless battles and worth a visit.

The Great Siege Tunnels is a network of impressively intertwined passages through the Rock itself that was created as a system of defense. These tunnels were created with the simplest of tools mainly using sledgehammers with crowbars aided by gunpowder blasts. Guided tours of the tunnels are available.