Top 7 Things To Do In Honolulu 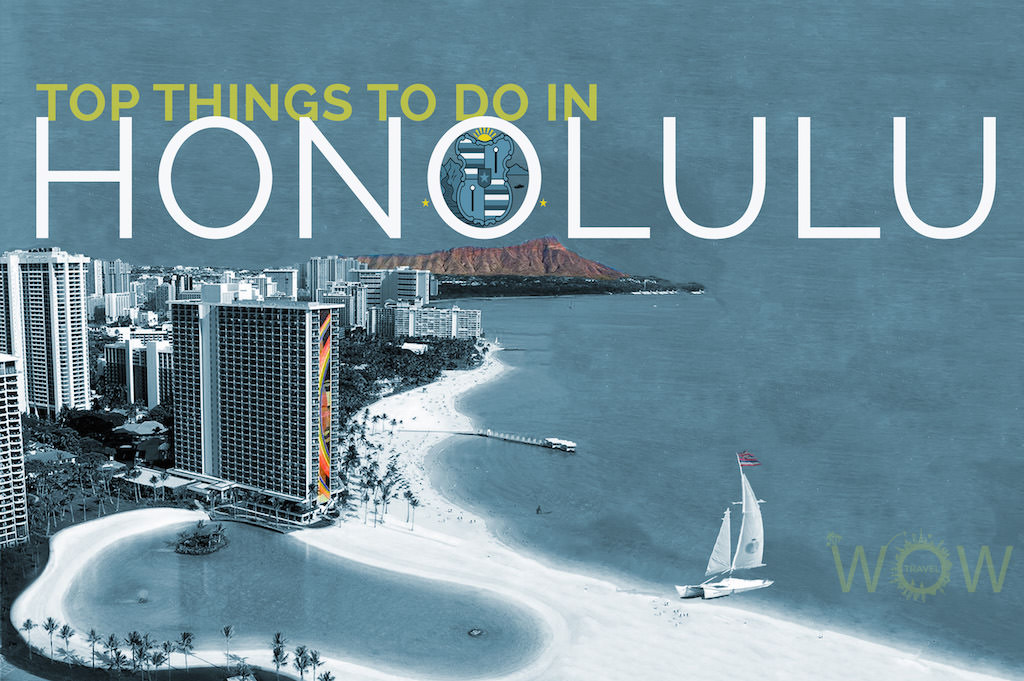 When Kamehameha III proclaimed Honolulu the capital city of the independent Kingdom of Hawaii in 1850, he did not know it would become one of the hottest and most visited places in the world. People from all over the world and all ages dream and fantasize about this exotic island. Honolulu lives mostly on Tourism but it is also the crossroads of transpacific cargo carriers so it serves as the main port in that part of the Pacific Ocean. Honolulu’s shopping experience is the best, from giant malls to small kitsch souvenir shops that sell Hawaiian shirts, flower leis or even surf-boards made by locals. However, the beauty of its natural resources is what brings and amazes millions of visitors every year. Oahu, the island where Honolulu is located, has more than 60 beach parks, including the large Ala Moana, Kapiolani Park (home to the city’s zoo) and for the more active visitors, there is plenty of hiking in the nearby mountains, with trails that lead to waterfalls and gorgeous views of Honolulu. It goes without saying that Honolulu has some of the best hotels and restaurants in the world waiting for you. More than 30,000 hotel rooms, luxury resorts, famous international and American restaurants and shops, beautiful beaches and much more. Waking up to fabulous breakfasts with exotic and delicious fruits or watching the sunset with a refreshing cocktail while listening to traditional and relaxing Hawaiian melodies that is Honolulu. Here are our Top 7 Things To Do In Honolulu.

This 2.5 km (1.5 miles) round-trip hike takes you through botanical gardens and ends at a spectacular 46 meter (150 ft waterfall after a relatively easy 45-minute walk up the mountain. Manoa Falls is one of the most popular hikes in Honolulu because it’s as accessible and user-friendly as it is lush and verdant. A short drive out of Waikiki towards Manoa Valley and you can be surrounded by a tropical bamboo and rainforest.

Pearl Harbour is a national historic landmark, but also an active military base. The Honolulu area was bombed by Japan in a surprise attack on the unprepared U.S. naval base at Pearl Harbor on Dec. 7, 1941. This action forced the United States to enter World War II. “Remember Pearl Harbor” became a famous American wartime slogan. Within the grounds of Pearl Harbor are a number of exhibits, displays, memorials, and museums, honoring not only the 1,177 victims of the Japanese attacks but all of those who bravely served in World War II. Built over the wreckage of the USS Arizona, the Memorial is a sobering experience where visitors to Hawaii come to pay their respects. The USS Missouri Battleship and the Pacific Aviation Museum are located on Ford Island, offering unique insights into the war. The USS Bowfin Submarine takes visitors through the narrow corridors of an integral war vessel, that often was submerged for months at a time. For security reasons, bags are not permitted at any of the Pearl Harbor Historic Sites.

Formed about 300,000 years ago after a volcanic eruption, Diamond Head is The World’s Most Recognized Volcanic Crater that stands proud at the far eastern side of Waikiki. Climbing Diamond Head crater can be strenuous but the view from the top is simply amazing.

The Honolulu Zoo is 42 lush tropical acres that include lions, tigers and bears! A children’s zoo, African Savannah exhibit, playground and a snack bar complete the visit.

Located on the south shore of Honolulu. the world-famous neighborhood of Waikiki was once a playground for Hawaiian royalty. Along the main strip of Kalakaua Avenue you’ll find world-class shopping, dining, entertainment, activities and resorts. Waikiki is most famous for its beaches and the calm waters of Waikiki are perfect for a surfing lesson.

Ala Moana Beach Park is a picturesque tourist attraction located on the coast of the island. It boasts a beautiful jogging trail, beach, and nearby open-air shopping center, one of the largest malls in America.

Formed within a volcanic cone, Hanauma Bay offers a pristine marine ecosystem. Explore the stunning world of Hawaii’s beautiful coral reefs and swim with the tropical fish and sea turtles that call them home. There is no better place to experience the thrill of scuba diving for the first time than with the tropical fish and sea turtles in the protected waters of Hanauma Bay’s marine preserve.