Top 8 Things To Do In Belgrade 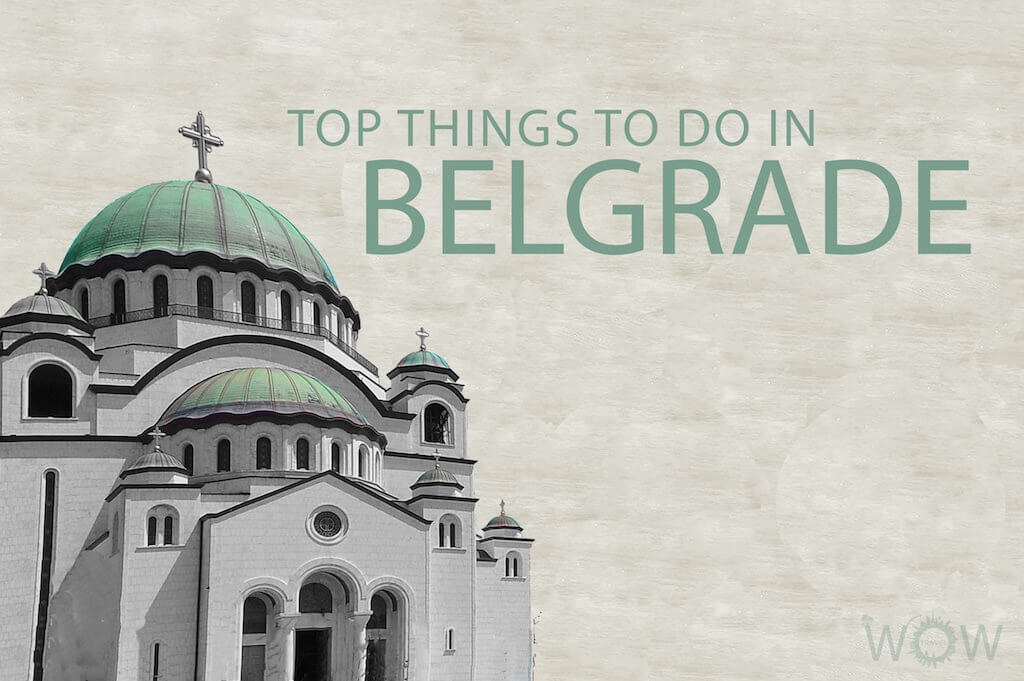 Serbia is one of the hidden gems in Europe, situated between Central and South East Europe, and there is no better starting point than Belgrade, its capital city. This gorgeous and charming metropolis was built where the Sava River meets the Danube and where old-world culture meets the hip and modern. Belgrade is truly impressive, it has a strong spirit that can be found in its café culture, nightlight and laid back Mediterranean pace. Although it is small, the city hosts an incredibly rich mosaic of different cultures, influences and styles with a mysterious and exotic atmosphere. Check out our Top 8 Things To Do In Belgrade.

The Temple of Saint Sava is an Orthodox church which is dedicated to Saint Sava, founder of the Serbian Orthodox Church. This is one of the largest Orthodox Cathedrals in the world, and quite like its homeland, Serbia, it has a troubled and complex past. From its location, it dominates Belgrade’s cityscape and is perhaps the most monumental building in the city.

Kalemegdan, also known as Belgrade Fortress, is an old fortress that has been the sight of the ancient Roman city of Singidunum and hosted along with its history more than 115 different battles. Nowadays it is a beautiful park in the center of Old Belgrade with many paths all over the city walls. For locals, it is one of the favorite places to take a walk or watch the sunset.

Nikola Pašić Square is situated between Terazije, Revolution Boulevard and Moe Pijade Street, this is the youngest Belgrade square. It was built in 1953, and its large fountain was laid out at the same time. The square is named after Nikola Pašić who served as mayor of Belgrade, prime minister of Serbia and prime minister of Yugoslavia. The square is surrounded by the Syndicates House, the National Parliament and Bulevar. Just beside the square is Pionirski park, the former royal garden, and the New and Old royal palaces.

There are over 100 caves, historic passages and tunnels under the city. Belgrade underground tours reveal the most hidden secrets of this city. Rich history is kept by caves, dungeons, walled rivers, tunnels, bunkers, and numerous constructions demolished and built by nations that settled here during the time.

Located right next to Kalemegdan Fortress, Belgrade Zoo is known worldwide for being home to the white lions. The white lion is occasionally found in wildlife reserves in South Africa and is a rare color mutation of the Kruger subspecies of lion.

The most popular beaches in Belgrade are located on the Sava lake, also known as “Ada” (by the adjacent island – Ada Ciganlija), about 5 km from the city center. Ada is the summer resort of Belgrade, featuring many different ground and water sports and attractions. Most of the 5 km of beaches are pebble beaches, while there’s also a concrete and pontoon access to the water. Surrounding the lake there’s a walking and a biking path, and numerous cafes, fast food stands and kiosks. Source: belgrademyway

Knez Mihailova Street is the favorite city promenade of most Belgradians and lies between Terazije Square and Kalemegdan. It is the main meeting point, easy reachable from every part of the city. As the epicenter of culture and history, Knez Mihailova was named one of the most beautiful pedestrian streets in Eastern Europe. Source: belgradian

Once the home of many Serbian poets, writers, artists, and actors – cobble-stoned Skadarlija is nowadays a historic street in an urban neighborhood that considered by many as the main bohemian quarter of Belgrade. Skadarlija is often compared with the Montmartre in Paris, both for its appearance and the cheerful, vigorous artists’ atmosphere. It hosts some of the best restaurants in Belgrade, all of which strive to preserve bohemian traditions from the early 19th century.