Top 8 Things To Do In Lisbon 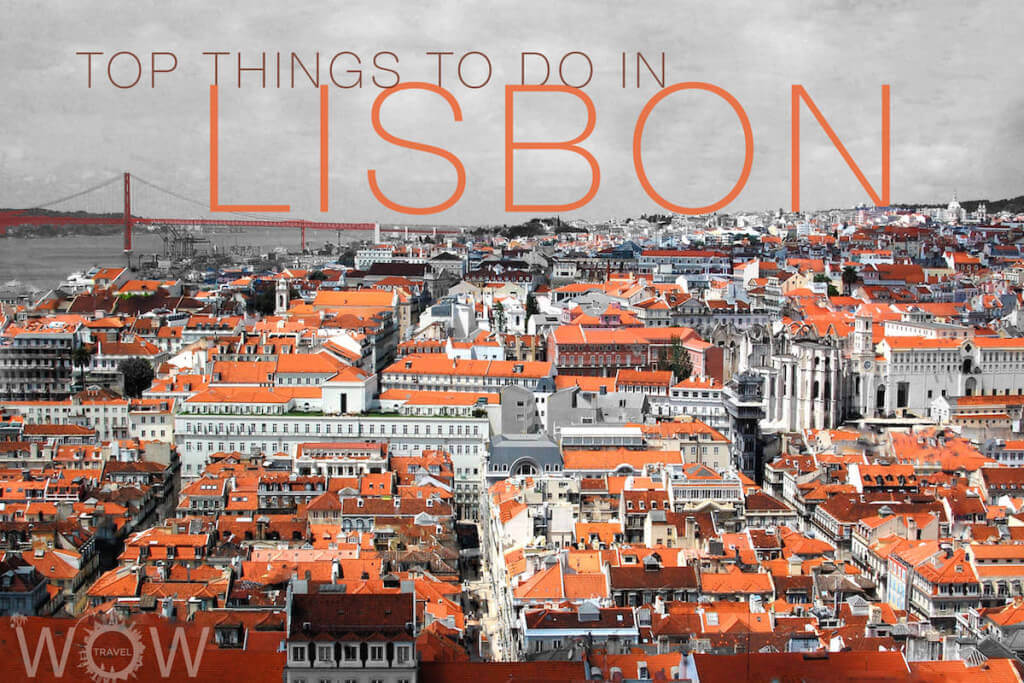 Lisbon, the capital and largest city of Portugal, is a cosmopolitan city that offers amazing value and incredible sights, rich with history and filled with stories. It is loaded with an exciting atmosphere, charm, delicious food, wild nightlife and wonderful people. In a city that has been influenced by many different far-off cultures over time, there is still a village feel in each historic neighborhood. Lisbon is perfect for a city-break holiday of 2-3 days. Enjoy our selection of Top 8 Things To Do In Lisbon.

In order to really experience Lisbon’s authentic Portuguese way of life, spend some time navigating the district of Alfama, the capital’s oldest and most historic district. Step into the maze of its winding medieval alleys and crumbling houses, peeking into tiny shops, flowerpots and intriguing tile panels that create an outdoor gallery of baroque tiles in Lisbon’s oldest neighborhood. Check out Alfama self-guided walking tour itinerary before going there.

Located on top of the highest hill in Lisbon, above the old Moorish quarter, overlooking the Portuguese capital. The hilltop citadel of Castelo de São Jorge (Saint George Castle) is a fascinating place to contemplate Lisbon’s long history. The site was occupied by the Romans, Visigoths and Moors before being transformed into the Royal Palace in the 14th century. Visitors can climb the towers, walk along the reconstructed ramparts of the castle walls and enjoy extraordinary views over the city and Tagus river. Its impressive battlements, engaging museum, and fascinating archaeological site combine will make the castle an unforgettable experience.

Praça do Comércio is the largest and grandest of Lisbon’s squares. The area was constructed as the gateway to Portugal, connecting trade from the colonies with the merchants and traders. The best view of the Praça do Comércio is from the top of the Arco da Rua Augusta, which is the main pedestrianized shopping street that links the central Rossio square with the riverfront Praça do Comércio,

Built in the 16th century, the Mosteiro Dos Jerónimos is the most extravagant religious building of Portugal, an impressive example of Manueline architecture and a World Heritage site. Standing at the entrance to Lisbon harbor it exemplifies Portuguese art at its best. The nearby Tower of Belém, built to commemorate Vasco da Gama‘s expedition, is a reminder of the great maritime discoveries that laid the foundations of the modern world.

The Gulbenkian Museum is a magnificent museum featuring a renowned and eclectic collection of ancient and modern art from 2000 BC to the early 20th century. The collection was donated by Calouste Gulbenkian, a philanthropist and patron of the arts of Armenian descent.

In the old neighborhood of Alfama, you will find the oldest market in Lisbon. A legendary flea market with many different objects that vintage-lovers visitors will love. Feira da Ladra means more or less ‘thieve’s market ’, so you should take this quite literally and keep an eye on your belongings. Don’t be afraid to negotiate the price. It’s part of the game. The market is held every Tuesday and Saturday, from dawn to dusk.

Built in the 16th century in the Tagus river, The Torre de Belém is a beautiful and original monument and a delightful fortification that once guarded the entrance to the city from the sea. It is Portugal’s classic landmark and often serves as a symbol of the country.