Top 8 Things To Do In Sarajevo 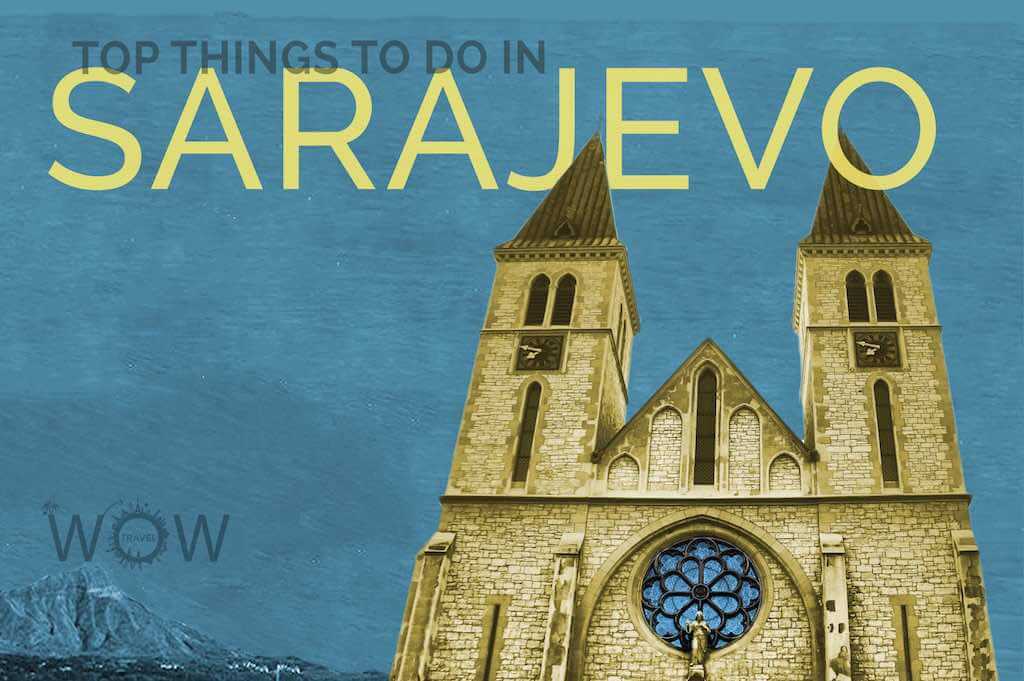 Sarajevo is the proud capital of the emerging democratic country known as Bosnia and Herzegovina. A small yet vibrant balkanic city filled with history, gorgeous architecture, spectacular scenery and welcoming people. Every corner of this beautiful city has a story to tell, their streets and homes hosted for centuries adherents of Islam, Orthodoxy, Judaism and Catholicism. Sarajevo’s climate is almost perfect, four seasons and uniformly spread precipitation with no extremes which makes it a perfect vacation destination for tourists of all ages including families with kids. The attractions are endless, museums, natural parks, galleries, opera, theater, concerts, delicious food everywhere and amazing hotels designed to make you feel at home. The country’s nickname is the “Heart-Shaped Land” due to the country’s slight heart shape, however, we think it is due to the heart of its people. Sarajevo is slowly becoming a popular destination, with its amazing mix of history and natural landscape. WOW Travel shares with you The Top 8 Things To Do In Sarajevo.

The Sarajevo Tunnel was constructed to link the city of Sarajevo with Bosnia-held territory after the city was cut off by Serbian forces. The once-secret tunnel was used for food, war supplies and humanitarian aid which were delivered to the city and was occasionally used to get people out of the city as well as into it. The tunnel was built by hand using shovels and picks for 24 hours a day, with each worker being paid in cigarettes for their hard work. At the museum you can learn more about the war, showcasing photographs, military equipment, flags and uniforms.

The old orthodox church is one of the oldest and most valuable cultural and historical monuments of Sarajevo and it is among the oldest religious buildings in the area. It was first mentioned in 1539. but it is assumed that it was built on the foundations of an even older church. It is characterized by a style of medieval Serbian-Byzantine building. The church is an outstanding architectural monument and its interior is a treasury of extraordinary examples of wood and stonemason’s craft and art of icon-painting. The belfry was added in 1883. and it was reconstructed in 1960. when it gained its current appearance. There is a museum with a valuable collection of icons from the thirteenth to nineteenth century, numerous manuscripts, liturgical and artistic exhibits, located in the inner courtyard. Source: visitmycountry.net

Built in 1889, Sarajevo Cathedral is the largest cathedral in Bosnia set on a pretty square with restaurants and a museum about Sebrinica. The Sacred Heart Cathedral is the seat of the Archbishop of Vrhbosna and it is a parish Church.

The Gazi Husrev-bey Mosque was built in Sarajevo in 1532 by a famous Ottoman architect Acem Esir Ali and it is considered the most important Islamic structure in Bosnia and one of the world’s finest examples of Ottoman architecture.

The Vijecnica was built in 1892-94 to house the cities local officials, and administrative staff. The City Hall was turned into a National library towards the end of World War II, serves as a symbol of the meeting of world civilizations and remains the biggest and the most representative building from the Austro-Hungarian period in Sarajevo.

Latin Bridge is the site where Archduke Franz Ferdinand and his wife were shot, thus crediting Gavrilo Princip and a band of 5 other terrorists with kicking off World War I. The Latin Bridge once had an imprint of where the assassin had stood but that sadly disappeared during the 1992-1995 war. The tale of the shooting of Sophia and Franz seems all the more poignant as they had been able to spend their fateful train ride to Sarajevo together, an unusual circumstance as the social divisions between them often saw Sophia obliged to travel in a separate carriage to her husband, the heir to the throne. Source: Sam And Sheena Cycle

The Yellow Fortress served as View point for soldiers back in days when Sarajevo was just inside the city walls. It is an old place where one can have a very nice view of Sarajevo.

Located in the Marijin Dvor city neighborhood, The Avaz Twist Tower is a 176 meter (577 ft) tall skyscraper. It is the highest building in Bosnia and it offers stunning views of the city, and the mountains surrounding it.