Top 8 Things To Do In Seattle 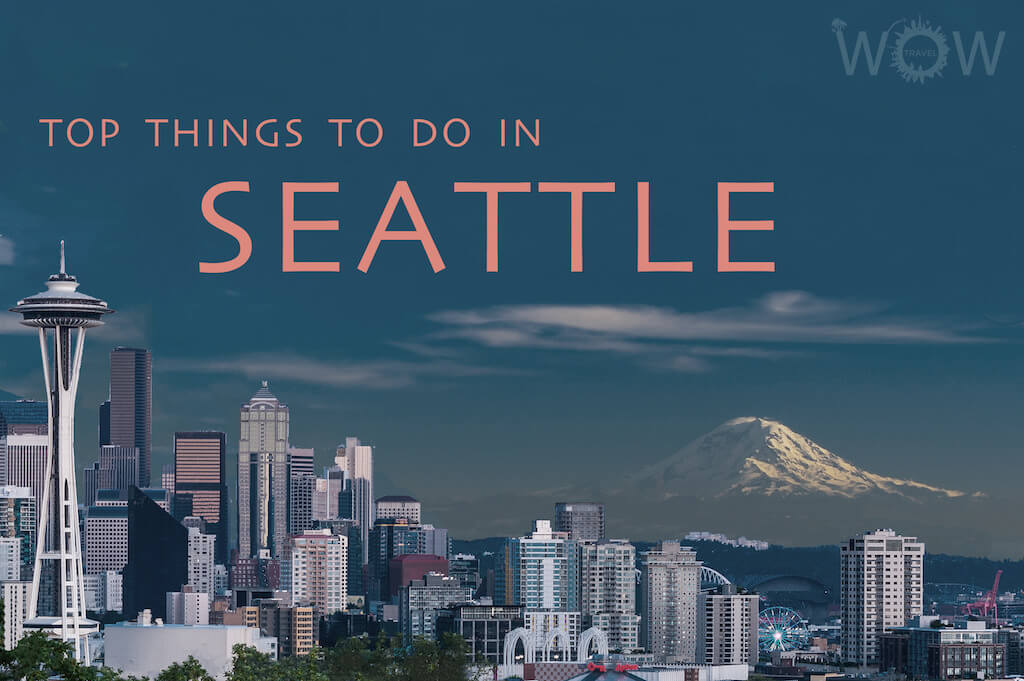 Seattle, former land of the Duwamish and the Suquamish people for over 4000 years is now the main city of Washington State and One of the most important seaport cities in the USA. It is the northernmost city in the United States with a little bit over half a million inhabitants right next to Canada. Seattle is a beautiful city that lies on several hills from where visitors and residents alike can enjoy the panoramic view of the bay and its gorgeous sunset. The city has everything a tourist may need, great hotels, large and diverse list restaurants, museums and parks and all kinds of attractions. Wow Travel shares with you the Top 8 Things To Do In Seattle.

The market first opened in 1907, and it has operated continuously since then. No other farmers’ market in the United States can make that claim. Today, it’s a major tourist attraction with 200 businesses operating year-round, 190 craftspeople and 120 farmer booths – plus street performers and musicians. Flowers by the bucketful, flying fish, fresh pastries and fruit, handmade cheeses, local honey, wine, an assortment of restaurants, import goods, antiques, collectibles and lots of surprises are around every corner. Source: washingtonstatetours

The Olympic Sculpture Park is located on Seattle’s last undeveloped waterfront property – an industrial brownfield site sliced by train tracks and an arterial road. Developed and built by the Seattle Art Museum, it transforms a nine-acre industrial site into an open and vibrant green space for art. The design connects three separate sites with an uninterrupted Z-shaped “green” platform, descending forty feet from the city to the water, capitalizing on views of the skyline and Elliott Bay, and rising over existing infrastructure to reconnect the urban core to the revitalized waterfront.

The hub of Seattle’s 27-branch library system is a stunning jewel of a building. It’s 10,000 panes of glass fused with over 4,500 tons of steel makes it an architectural masterwork that stands out against the concrete jungle of downtown. The Central Library now offers free self-guided cell phone tours! You control the pace, the content, and the order.

Since its construction for the 1962 World’s Fair, the Space Needle has become both an internationally recognized icon and Seattle’s most popular attraction. Located 158 meters (520 ft) above Seattle, the Observation Deck offers 360 of breathtaking indoor and outdoor viewing. View the mountain ranges covered in Douglas Firs, Elliott Bay’s bustling waterfront and the lights of downtown Seattle.

Discovery Park is a 534 acre natural area park is the largest city park in Seattle and occupies most of the former Fort Lawton site. The park provides an open space away from the stress and activity of the city, a sanctuary for wildlife, hiking trails, meadows, beaches and sand dunes abound.

Ferries shuttle all around Puget Sound and they’re the prettiest, part of Washington’s transportation system. You can have a fun, quick and cheap sightseeing boat ride as a walk-on passenger on the Seattle-Bainbridge Island ferry. Enjoy the views of the Olympic and Cascade mountains, the Seattle cityscape and the green shorelines.