Top 9 Things To Do In Shenzhen 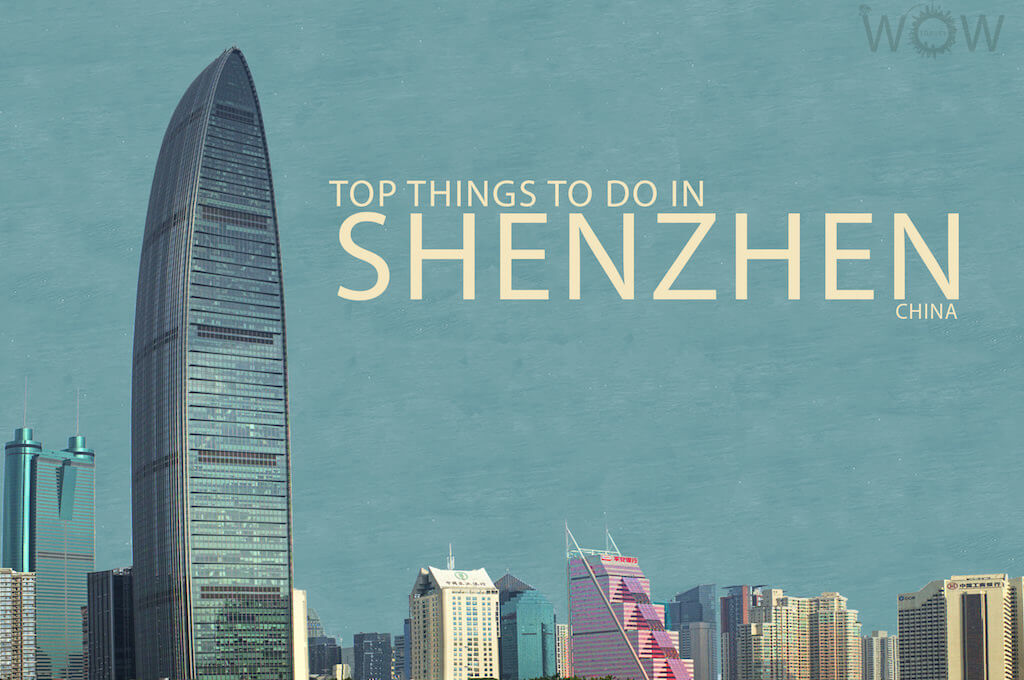 Shenzhen, a modern and beautiful metropolis located in southern China just across the border from Hong Kong, is the world’s largest manufacturing center and China’s richest and most booming Special Economic Zone. Once a small fishing village, Shenzen was chosen as the first of five Special Economic Zones in China by Deng Xiaoping in 1979 as an experiment in limited market capitalism. It is a relatively new city with most of the 14 million residents coming from other areas of China and has an interesting blend of Chinese culture. Although Shenzhen is largely industrial, it offers many tourist attractions, such as Sea World, Window of the World and beach resorts. Check out our Top 9 Things To Do In Shenzhen.

Splendid China is an attraction that has scaled-down replicas of China’s historic buildings, wonderful scenes and folk customs. It includes two areas: Splendid China Miniature Park and China Folk Culture Village. The scale models are in the main in a ratio of 1:15 and the exhibits are positioned to replicate their geographical locations.

Window of the World

Very similar to Nanjing Road in Shanghai or Wanggfujing in Beijing, Dongmen is the oldest and the most popular pedestrian shopping district among local residents and travelers. This area, within Luohu District, is a maze of streets with stalls thats sells almost eveything: clothes, shoes, jewellery, hand bags, travel bags and suitcases.

In the quieter suburb of Shekou, you’ll find Sea World – a popular plaza – not an aquarium as the name suggests. There are a lot of western and European style restaurants, cafes and clubs. It’s also popular for its imported German and Irish beers, and you’ll maybe feel at home in bars like McCawleys, The Tavern and the more upmarket Terrace – all catering for both the Chinese and the large expat community living in this area. Source: saporedicina

Kingkey 100 is Shenzhen’s tallest skyscraper at 442 meters (1,450 ft) tall. The top four floors are a sky garden with panoramic views of Shenzhen and the countryside. Skyscrapers lovers will enjoy wandering around the financial district as it is full of shiny tall buildings.

An exciting theme park with roller coasters, a water park, a rapids ride and a multitude of different scary, swing rides.

Located in the Botanical Gardens, Hongfa Temple is the most famous religious site and the only major Buddhist temple in Shenzhen.

Dameisha and Xiaomeisha are two beaches which form the coastal scenic area on the shore of Dapeng Bay in Yantian District. These seaside resorts  offers some big hotels, many seafood restaurants, shopping centers and water-sport attractions.