Top 10 Things To Do In Hong Kong 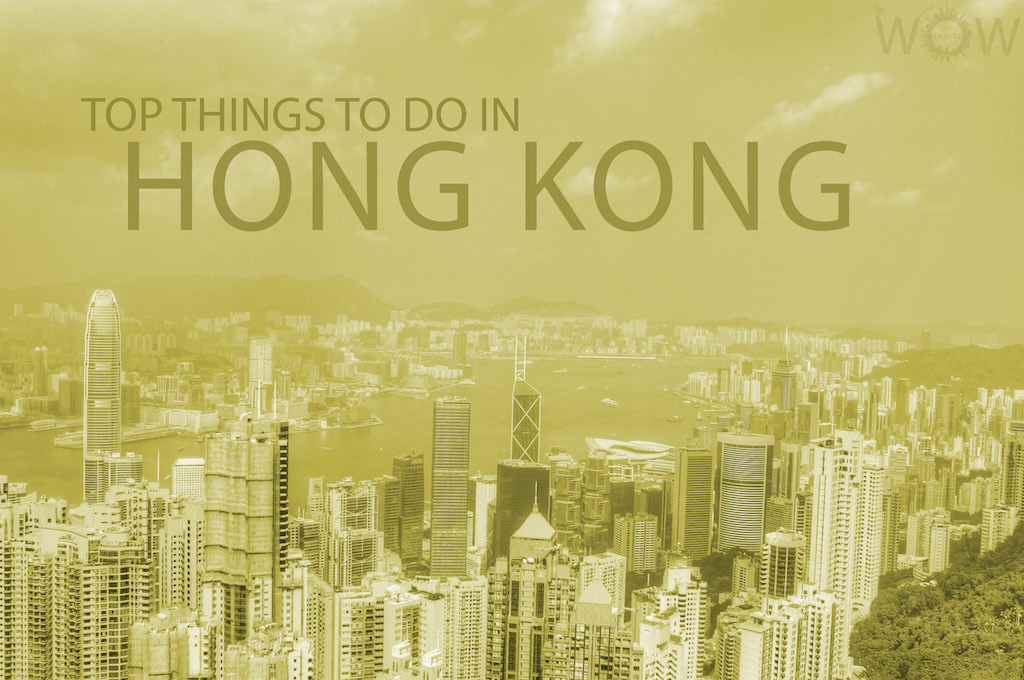 The Hong Kong Special Administrative Region or simply Hong Kong as we all know it owes its name to the Cantonese language and it means “Fragrant Harbour”. More than fragrant, Hong Kong means success, modernity, hard work and excellence. The city developed so quickly that it became the first of the “Four Asian Tigers”. Hong Kong was a British colony for nearly 150 years and it was transferred back to China in 1997. Due to its political and legal independence, Hong Kong is known as the Oriental Pearl with a twist of British influence in the culture. Hong Kong’s official languages are Chinese (Spoken Cantonese) and English, so it is easier to travel to and explore than mainland China. Incredible shopping areas, world-class hotels and spas, some of the best restaurants in Asia and more await for you. Do not think too much, book a flight and go explore Hong Kong, but first check out WOW Travel’s Top 10 Things To Do In Hong Kong, it will help you use your time and plan your trip wisely.

“You can leave Hong Kong, but it will never leave you.”
― Nury Vittachi, Hong Kong: The City of Dreams

One spot we recommend to everyone who visits to Hong Kong is the PEAK which is the highest point on Hong Kong Island. Home to the crème de la crème of Hong Kong, a very exclusive neighbourhood since colonial times. The view is simply breathtaking and it has become one of the most popular attractions in Hong Kong. Visitors can appreciate skyscrapers and Victoria Harbour all the way to the green hills of the New Territories during the day and at night the most amazing light display of all the skyscrapers in Hong Kong.

This old Clock Tower was built in 1915 in what used to be the Kowloon–Canton Railway station which no longer exists. It is well preserved and it was declared a monument reminds visitors and locals alike of the Age of Steam. The materials used for its construction are red bricks and granite, the tower is 44 meters (144 ft) high, and is topped by a 7-meter (23 ft) lightning rod. Visitors can reach the top using a wooden staircase located within.

This temple is a magnet of visitors from all over the world and also locals as it is home to three religions: Taoism, Buddhism and Confucianism. Its beautifully ornamented buildings make it as much a scenic attraction as an important religious center. The temple honors the famous monk of yore, Wong Tai Sin who was born around the years 400AD and became a deity at Heng Shan (Red Pine Hill). Worshippers arrive every single day and pray for good fortune through offerings. The temple is located on the southern side of Lion Rock in the north of Kowloon.

Avenue of the Stars

The Avenue of Stars pays tribute to the names that helped make Hong Kong the ‘Hollywood of the East’ such as Bruce Lee and Jackie Chan, and due to its great location it allows visitors to enjoy a panoramic view of the city’s skyline. The Avenue of Stars is the eastern node of several tourist attractions along the Tsim Sha Tsui waterfront. In addition to the promenade and New World Centre, a number of attractions exist including the Museum of Art, Space Museum and the Cultural Centre.

We think the name speaks for itself. Go prepare to embark on a magical journey through seven themed lands from day to night. Visit the Mystic Point which is exclusive to Hong Kong Disneyland. Grizzly Gulch, Toy Story Land and year round magical events.

This is one of the most well-known street markets in Hong Kong and China in general. You can find it all, diverse kinds of products are available for cheap prices but not just for women also for men and children.

Temple Street is a popular street bazaar, known for its night market and one of the busiest flea markets at night in the world. It is named after a Tin Hau temple located in the center of its main drag, and a place so steeped in local atmosphere that it has served as the backdrop to many a memorable movie. Trinkets, tea ware, electronics, watches, menswear, jade and antiques are scrutinized and haggled over, while clay pot rice, seafood, noodles and other treats are consumed with gusto.

Hong Kong has one of the best city skylines of the world, especially when viewed from the Tsim Sha Tsui Promenade. Along the way, you will pass Hong Kong Cultural Center, the Hong Kong Space Museum, the Hong Kong Museum of Art and Avenue of Stars.

“Hong Kong is a wonderful, mixed-up town where you’ve got great food and adventure. First and foremost, it’s a great place to experience China in a relatively accessible way.” – Anthony Bourdain