Top 11 Things To Do In Barcelona 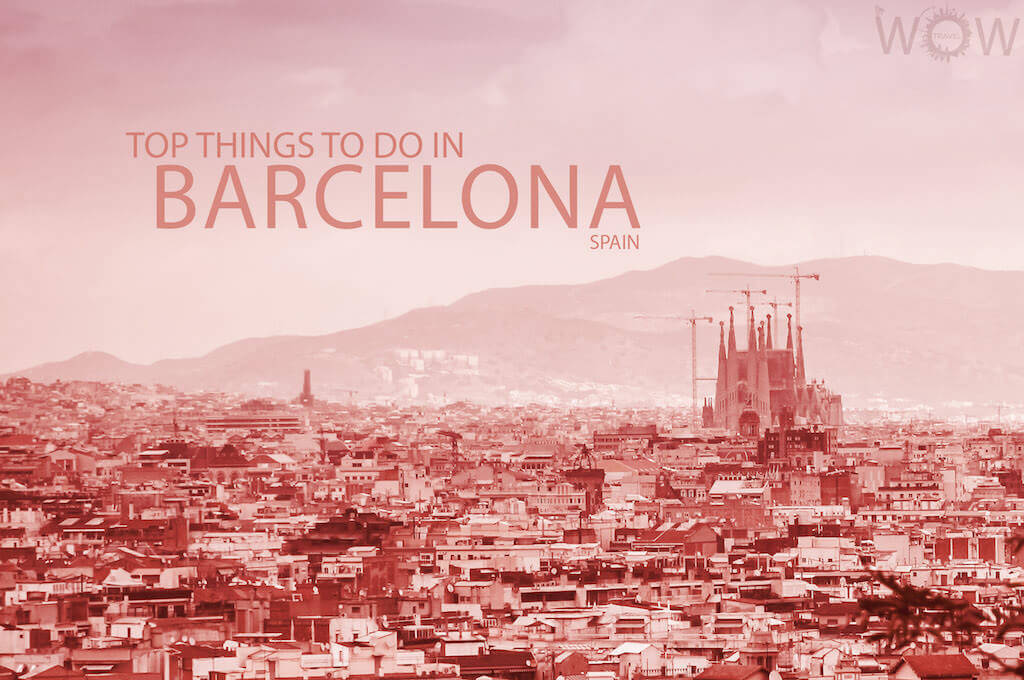 Barcelona, located on the shores of the Mediterranean sea in northern Spain, is the most cosmopolitan and economically most active city in this country. It is welcoming, plural and diverse. Barcelona has it all, from Picasso and Gaudi to outdoor markets and stunning Gothic architecture. Check out our top sights and attractions in Barcelona.

“Barcelona is a very old city in which you can feel the weight of history; it is haunted by history. You cannot walk around it without perceiving it.” – Carlos Ruiz Zafon

Barcelona’s biggest ornamental fountain, which was built in 1929, offers a spectacular display of music, water acrobatics and lights which generate over 50 kinds of shades and hues.

A colorful fishermen’s quarter, the laid-back Barceloneta is lined with seafood restaurants and lovely beaches.

Barcelona’s most visited museum opened in 1963, revealing the works of Pablo Picasso. Pablo Picasso, one of the most famous artists of the 20th Century, spent a few years of his youth in Barcelona, and had a strong connection to the city.

Casa Batlló was constructed between 1875 and 1877 by the famous  Spanish Catalan architect Antoni Gaudí, and it’s located in Paseo de Gracia, a very central street in Barcelona, filled with some of the most expensive and exclusive shops and boutiques in the city, as well as some of the best Tapas bars and restaurants that the Catalan Capital has to offer. Gaudi was asked to renovate the main façade and internal walls of the building, ended up creating one of is most famous masterpieces. the roof representing the dragon of St George’s legend, It consists of ceramic tiles and glazed tiles on double attics, and plastic shaped ventilation shafts and chimneys. In the window, openings are pillars in the form of bones.

Another one of Gaudí’s famous works, also known as “La Pedrera” (meaning “The Quarry”), it is a prominent attraction of the city, found in the beautiful central Gràcia district.

The home to one of international football’s biggest teams in the world – Barcelona FC since 24th of September 1957, the date of its inauguration. With 98.787 seats, UEFA awarded Camp Nou the five-star stadium status.

One of Barcelona’s most famous attractions is Parc Guell by Catalan and Spanish architect Antoni Gaudi, The Parc Güell is famous for its breakthrough ceramics decorated winding bank above the peculiarly Roman temples copied by the market hall. Gaudí has created with this park a fabulous forest. Park Guell today is part of the UNESCO World Heritage. Please remember that only 800 visitors an hour are allowed in the park, so buying tickets in advance is highly recommended.

After admiring Gaudi’s and Picasso works head south and spend the rest of the afternoon at the beach. Once on the beach front, you can walk to all the beaches. It is quite a long way – 9 km of beaches in one continuous stretch. Our most favorite beaches are Nova Icaria Beach, attracting a mostly very young crowd. Though Barcelona beaches are artificial, In the early 90s the city decided to revamp their industrial coastline to accommodate tourists by importing sand from Egypt and create the beautiful beaches they have today.

“The haunting of history is ever present in Barcelona. I see cities as organisms, as living creatures. To me, Madrid is a man and Barcelona is a woman. And it’s a woman who’s extremely vain.” – Carlos Ruiz Zafon