Top 8 Things To Do In Madagascar 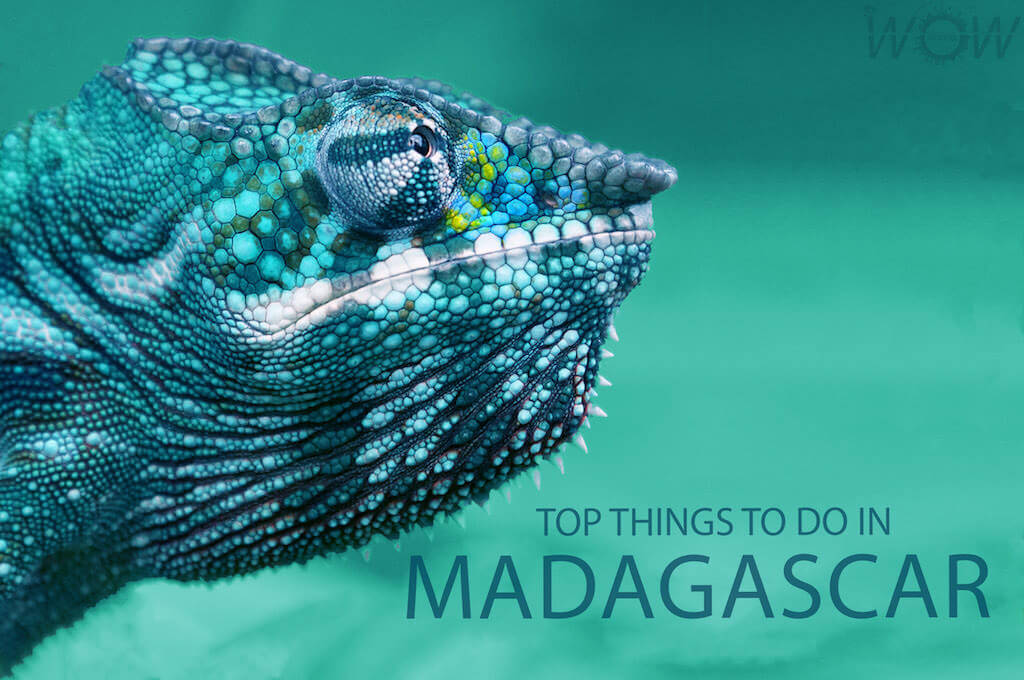 When people hear the word Madagascar they normally think of the famous animated movie and lemurs. However, this fascinating island off the southeastern coast of Africa is much more than that. We must say that Madagascar is the fourth largest island in the world so there is lots of unique things to see and to do since almost all of the flora and fauna on the island are unique to Madagascar. The unique ecology of Madagascar has led some scientists to refer to the country as the “eighth continent” of the world. It is also one of those places where you feel at home, welcome since the moment you arrive. Although the official languages are Malagasy and French, English is widely spoken especially in the tourist spots. In recent years, health tourism has increased the number of visitors due to the several plant species that can be used as herbal remedies for diseases like Hodgkin’s, leukemia, and others that can be treated by the drugs vinblastine and vincristine, which are derived from the Madagascar periwinkle. Be ready to have sweet time in this exotic Island, not for nothing Madagascar is the number one Vanilla exported in the world. WOW Travel shares with you The Top 8 Things To Do In Madagascar.

Antananarivo, formerly French Tananarive, is the capital and largest city in Madagascar. The Madagascan capital is one of the most vibrant cities in all of Africa, and visitors will enjoy rich historical, architectural and cultural sites all over the hillside city with palaces and churches along cobbled streets. The city is divided to 3 levels: the downtown (ancient swamp), the intermediate level (known as “Plateau du Colbert” and located in the middle of the cliffs, and the old city in upper town (“La Haute ville”), where Palaces (Queen’s palace, ancient Prime Minister Rainilaiarivony palace, ancient Justice palace), cathedrals and the residential area of ancient noblemen families are located.

Nosy Be is Madagascar’s largest and busiest tourist resort, situated off the north-west coast of Madagascar. It’s tropical climate and superb location makes it perfect beach-resort destination. Nosy Be’s beaches are ideal for swimming as they shelve gradually, staying shallow for miles out to sea, but they are peaceful and hassle-free, with pirogues lying abandoned in the sand and dhows floating past offshore.

Ranomafana is one of Madagascar’s best known and most important parks. Created in 1991 following the 1986 discovery of the golden bamboo lemur, Ranomafana has served as a model for subsequent parks and reserves in the country and abroad. Note that once you go to the more distant areas where most tourist don’t go, then you get the real wild life experience.

One of the most unique ways to explore the country is by taking a river tour by pirogue or canoe. There are several reputable companies that lead tours and you can camp on the riverbank and cook under the stars as all manner of wildlife surrounds you and lulls you to sleep.

Avenue of the Baobabs

The Avenue of the Baobabs is a group of baobab trees lining the dirt road between Morondava and Belon’i Tsiribihina in the Menabe region in western Madagascar. The experience of using this road is very impressive. It’s a row of about 20 – 25 imposing Baobab trees along some 260meter (853 ft) long stretch of the road and in the nearby pastures between Morondava and Belo Tsiribihina. Its striking landscape draws travelers from around the world, making it one of the most visited locations in the region. It has been a center of local conservation efforts, and was granted temporary protected status in July 2007 by the Ministry of Environment, Water and Forests, the first step toward making it Madagascar’s first natural monument. Source: DangerousRoads

Isalo National Park, often referred as the Jurassic Park, is home to some of Madagascar’s most stunning scenery. Isalo’s landscape consists of eroded ruiniform sandstone formations dating to the Jurassic period, deep canyons with riparian forests, palm-lined oases, fire-resistant tapia forests, and open grasslands. It is arguably the best place to see ring-tailed lemurs and white sifakas dancing and jumping. It is a sacred place for the Bara tribe, whose burial sites are marked by mounds of tiny stones placed in crevices in the rock face.

Located at a 3 hour drive east of Antananarivo, Andasibe National Park is the most visited of the Protected Areas. This natoinal park is actually comprises two parts: The Mantadia Park and the Analamazaotra reserve of Indri. It is a real treasure in terms of fauna, Andasibe hosts 11 species of lemurs of which the biggest , the Indri Indri, is easily spotted because of its impressive shrieks. It cannot bear being in captivity, so it can be admired only in its natural milieu. The park also shelters several species of birds, reptiles, insects and batrachians. As for its flora, it is the luxuriant vegetation of tropical forests with several varieties of ferns, epihyts, sacred creepers, orchids and dwarf palm trees.

Tsingy de Bemaraha is one of Madagascar’s newest parks (opened in 1998). The 152,000ha Bemaraha is best known for its tsingy — sharp limestone pinnacles that may reach (150 ft) in height. Cut through the tsingy are canyons and gorges full of rich fauna and flora. It is home to a number of animal species, including 11 types of lemur including the unique Decken’s sifaka, The Red-fronted brown lemurs, and the critically endangered Madagascar fish eagle. The Manambola river canyon which forms the southern boundary of the park is simply breathtaking and magnificent.