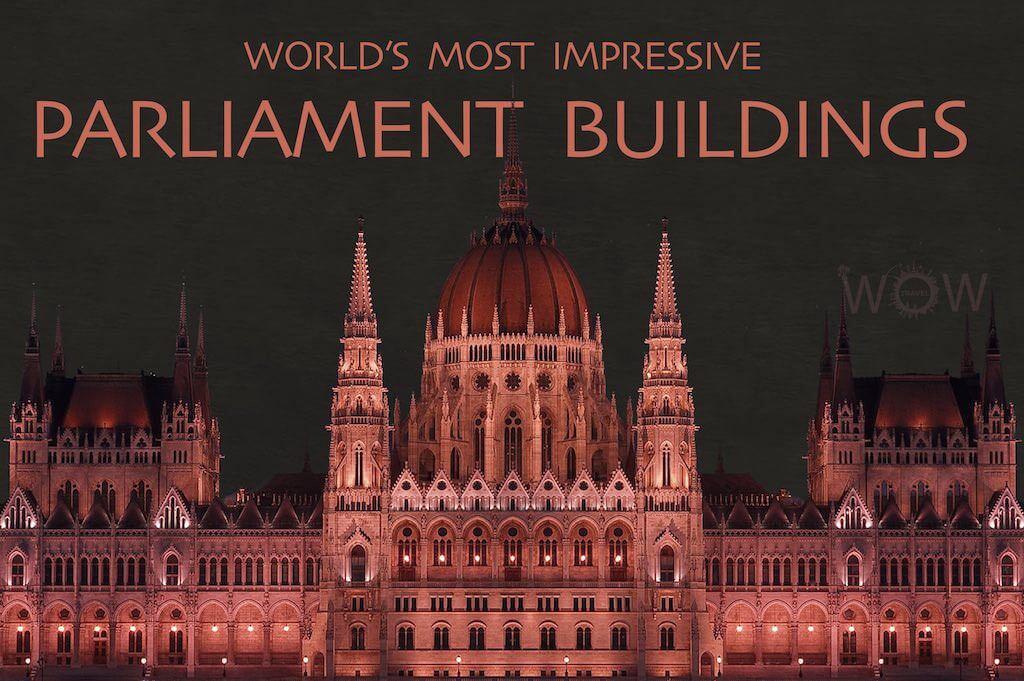 These impressive buildings are the offices of all public meetings and different parliamentary offices. however, government buildings play not only a role in the political life of a country, but they are historical monuments too and a perfect illustration of a country’s heritage. With a government’s deep pockets and motivated by pride and prestige, they are inherently symbolic and often architecturally striking.  Have this great opportunity to see the World’s Most Impressive Parliament Buildings.

Built in the 1910’s, The Secretariat Building of New Delhi is actually made from two perfectly symmetrical buildings. It holds the role of being the Cabinet of Secretariat, which leads the Government of India.

The New Zealand Parliament Buildings house the Parliament of New Zealand and are on a 45,000 square meter site at the historic suburb of Thorndon, Wellington. The complex is made up of three architecturally distinctive buildings: the Edwardian neo-classical Parliament House, the Victorian Gothic Parliamentary Library and the unique 1970’s style Beehive building.

The Palace of Parliament is a colossal piece of architecture, situated in the historical and geographical center of Bucharest. It is an impressive building that strikes the eye due to its singular style and size. It is the Palace of the Romanian Parliament, a giant built during the “golden age” of the dictatorial regime and born in the mind of a man for whom the notion of reasonable size did not exist. The pompous halls and galleries are generously decorated with monumental sculptures, golden plaster, laced ceilings, brocharts, tapestries and heavy carpets, which harmoniously overwhelm the visitors.

The new parliament house of Australia in Canberra is an impressive feat of architecture in and of itself and considered as one of the most complex buildings in the southern hemisphere. It serves as a good starting point for your Canberra exploration with its rooftop lookout that provides some great panoramic views out over the city and beyond. For your information, Canberra welcomes LGBT community. Feel the welcoming vibe at Top 11 Gay Friendly Hotels in Canberra.

Built in the last half of the 19th century, The Canadian Parliament is located on the Parliament Hill in Ottawa and it is home to the national government of Canada. It has 3 neo-gothic parliamentary buildings that sit prominently on a limestone bluff alongside the Ottawa River – The House of Commons, the Senate, and the Library of Parliament. The most prominent feature is the Peace Tower that divides the House of Commons and the Senate on either side.

The Reichstag was built in the late 19th century to house the German parliament. In 1999, after a turbulent history during World War II and the Cold War, it became once again the meeting place for the German government. At the top of the building there’s a huge glass dome from where you can watch the German politicians at work. And it also provides an amazing view over Berlin.

Built in neo-Gothic style by Edward the Confessor to match nearby Westminster Abbey, the present Houses of Parliament were officially opened in 1852 in London. The Houses of Parliament, also known as the Palace of Westminster, were originally a royal residence before becoming the seat of United Kingdom government.

Located in Capitol Hill in Washington DC, The Capitol is the seat and main place of meeting of the US Congress. It is known that here were signed important documents for US history. The Capitol building was finished in 1800 and it consist of 540 rooms and 658 windows (108 in the dome alone).

The parliament in Budapest is definetly a building you need to see, from outside and inside. It is not just beautiful but also a very historical building. The Parliament Building covers an area of 18,000 sq meters (193,750 sq ft), it has 691 rooms, 20 km (12.5 miles) of stairs and it is 96 meters (315 ft) high. There are 90 statues on the facade and 40 kg (88 lb) of 23-carat gold was used to decorate the interior. Building begun in 1885 and the Neo-Gothic palace was completed in 1902. as part of the independence of Hungary from Austria.