10 Most Spectacular Libraries Around The World 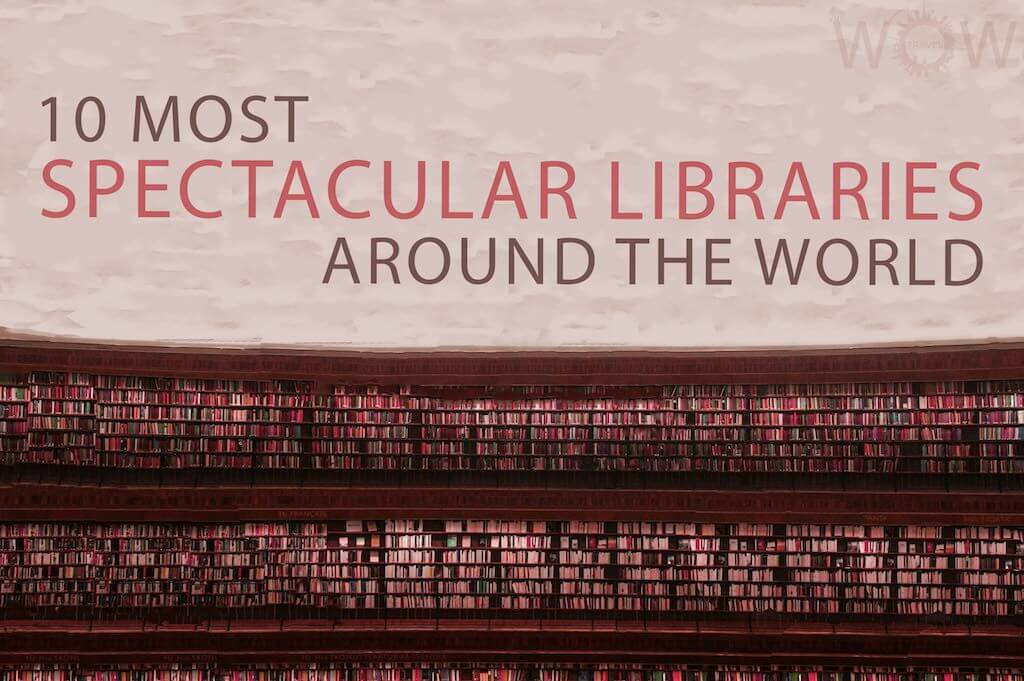 Though they are falling farther behind to the e-book and the audio book, libraries were once central hubs of human intellectual progress. Over the centuries, kings and presidents have constructed them as symbols of knowledge, power, and wealth. For all lovers of books, these 10 Most Spectacular Libraries Around The World deserve to be cherished and revered.

Located on the Enns River in the town of Admont, Austria. Admont Abbey Library is the world’s largest monastery library in the world. The abbey is known for its Baroque architecture, art, and manuscripts. the library collection comprises some 200,000 volumes. The most valuable treasures are the more than 1,400 manuscripts (the earliest from the 8th century) and the 530 incunabula (early printed books before 1500).

This beautiful marble library, located on 5th Avenue, has been an essential provider of free books, information, ideas, and education for more than 100 years. In addition to housing a renowned reference library, it is home to treasures such as a Gutenberg Bible, a First Folio edition of Shakespeare’s “Comedies, Histories and Tragedies” from 1623 and Mary Poppins’ umbrella.

The George Peabody Library, housed in the world-renowned Peabody Institute of Music, is part of the Sheridan Libraries Special Collections at Johns Hopkins University. Opened in 1857, the library collection contains over 300,000 volumes largely from the 18th and 19th centuries. Notable collection strengths are archaeology, British art and architecture, British and American history, biography, English and American literature, Romance languages and Greek and Latin classics.

The Bibliothèque nationale de France is a major research and conservation library. With 14 million books and printed documents, it is one of the most complete libraries in the world. It is divided into various departments and three areas are devoted to temporary exhibitions. There is also a permanent museum, the Cabinet des Médailles, and a crypt.

The Escorial is a vast building complex located in San Lorenzo de El Escorial, near Madrid. The building is the most important architectural monument of the Spanish Renaissance. built within the El Escorial is one of the largest libraries of the time, which includes great collections of books, scientific instruments, maps and art work. The impressive library of El Escorial also boasts an impressive collection of fresco (mural type) paintings in the Hall of Battles.

Occupying the north wing of the Great Hall complex, designed by Philip Hardwick and opened in 1845, the Library is a classical collegiate style building of considerable distinction and is the only one of the four Inn library buildings not to have been destroyed in the Second World War. As a collection of books it is the oldest library still to exist in London. Source: lincolnsinn

Located in Mafra National Palace, a monumental Baroque and Italianized Neoclassical palace-monastery. The Mafra Palace Library, occupying the largest and most prestigious room in the building, is one of the most significant Enlightenment Libraries in Europe. It houses over 36,000 volumes.

The Beautiful Baroque Library Hall in Prague’s Clementinum is a great example of Baroque architecture. It was first opened in 1722 as part of the Jesuit university, and houses over 20,000 books. It still shows the organization of the library in the times of the Jesuit college in Prague. Since the Middle Ages many of Europe’s great astronomers, scientists, philosophers and musicians have studied and worked here

With its dark wood paneling and high arched ceiling, this stunning scholarly library is also known to be the largest in Ireland. The main chamber of the Old Library is the Long Room; at nearly 65 metres in length, it is filled with 200,000 of the Library’s oldest books and is one of the most impressive libraries in the world.

In 2011 the Central library of Stuttgart moved to a newly new 9 story library building. This library has 4 storys in a four-sided design, and 5 upper storys that forms the shape of a pyramid. This cavernous white wonder is unobtrusive in design, where the books and visitors provide the color to an otherwise neutral environment. We recommend staying at one of the 11 Best Hotels in Stuttgart near this attraction.