11 Most Beautiful Villages In Turkey Worth Visiting 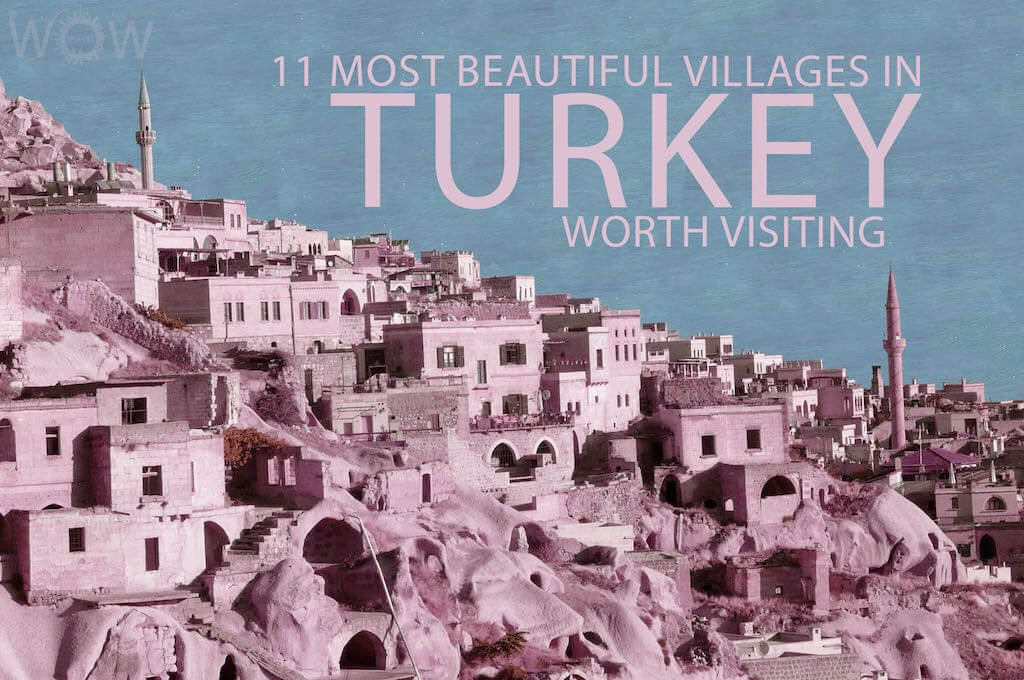 You know Ephesus and the ancient Greek ruins of the 10th century B.C. You’ve heard about Pamukkale and its calcite terraces of thermal waters. You stand in awe of Aya Sofya and its elaborate mosaics and august structure. But you’ve probably missed the small yet stunning villages of Turkey. This article list the 11 most beautiful villages in Turkey worth visiting for their rich history, magical landscapes, and golden beaches.

Göynük dates back to the Phrygians and ancient Romans. Thus, it’s filled with Ottoman period houses, the most famous of which is the mansion Müderrisoğlu Konağı. Since Göynük is surrounded by the mountains, it’s a great place for those who are looking for an off-road escapade.

Tucked on the cliffs surrounding Butterfly Valley is a small village called Faralya. While it may pale in comparison with the valley itself, Faralya is still a lovely sight. It’s also a favorite among hikers who find climbing up and down the village challenge.

Ürgüp is right at the heart of Cappadocia. It’s where tourists who want to visit the churches of Goreme usually stay. While the place is already considered rural, it still has an old village landscape. It’s perfect for those who want to avoid the noise of the bigger cities but don’t really want to go to a secluded village.

Assos, the Aegean-coast retreat and home to ancient Greek settlement remains, is known for its rich history. Though the place’s name has been officially changed to Behramkale, many people still call it by its old name, Assos. This is where Aristotle opened an academy, a School of Logical Thinking. And this is where you can find the temple of Athena and other majestic archaeological sites.

Formerly known as Lebessos or Levissi, this village used to be the retreat of Muslims and Christians alike. However, it’s now nothing more than a ghost town. Nevertheless, if you have the strength to climb up the hillside village, you’ll find it very much preserved. The rundown but still standing structures of Kayaköy serve as a reminder of a happier past.

Kaleköy literally means Castle’s village, a name it got because of the Byzantine castle that sits atop its hills. From this castle, you’ll have a good view of the city, the Mediterranean coast, and the neighboring island of Kekova. Kaleköy is one of the most famous yachting destinations in Turkey.

The Uçhisar citadel offers the best view of the whole Cappadocia. You can hike to the top of the Uçhisar Castle or explore that tunnels carved around it. The hike can be tough, but the view of the surrounding plains is worth it.

This UNESCO heritage site is known to be an important station for the East-West trade railroad. It also houses the Süleyman Pasha Medrese, İzzet Mehmet Pasha Mosque, and Ottoman buildings. The town’s historic architecture will not fail to amaze you.

Akyaka is a beautiful and unspoiled town sitting at the end of the Gökova gulf. In most months, the town remains quiet and slow. It can give you the most relaxing vacation you’re looking for. However, it can get crowded in the summer as it is famous for its stunning beaches.

Alaçatı is a modest village in the Cesme peninsula. In recent years, however, it has become known for its narrow streets, stone houses, wine vineyards, and boutique hotels and restaurants. It is a great place for tourists who want to enjoy short walks and can appreciate great cuisines.

Like several towns in Turkey, Sirince used to be a Greek village. It’s original name is Cirkince, meaning “ugly.” Now, it is home to more than 600 Turks and is officially called Sirince, meaning “pleasant.” It’s fortunate that the government is able to preserve the village’s authenticity as it is a great combination of the Turk-Greek culture.