12 Small Towns In Romania Worth Visiting 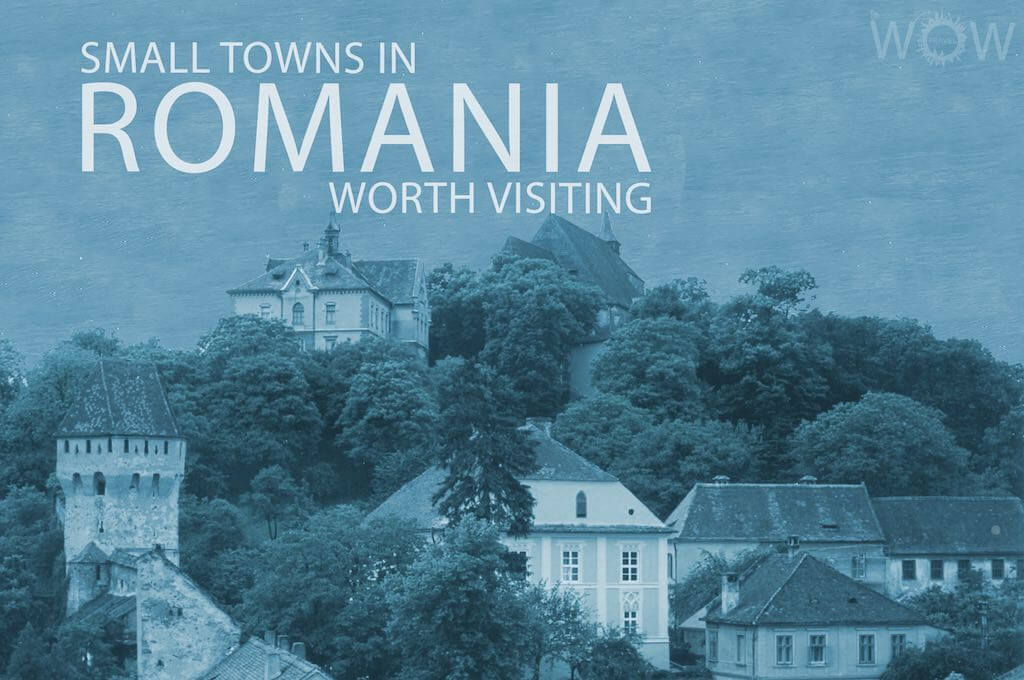 There are many reasons why people should visit Romania, but most go there to experience its rich medieval history and culture. Filled with castles, fortresses, and fairytale-like citadels, the small cities are where the action is. Here are some of the small towns that you should check out when visiting Romania.

The name “Busteni” translates to ‘tree-log’ in Romanian, and it is a literal translation of what to expect in this small mountain town. Located in the Prahova Valley, the town sits at an average altitude of 900 meters and is surrounded by the Bucegi mountains. The town is home to some of the most popular mountain resorts in the country and is a year-round tourist destination. On top of one of these mountains is the Heroe’s Cross, a large monument which is lit every night.

Sighisoara, a Romanian city located in the region of Transylvania, is one with many tales. It was once the home of Vlad the Impaler, the person who inspired the Count Dracula stories. The popular tourist destination was listed as a UNESCO World Heritage Site in 1999 and quite a few people visit the city every year. There are quite a number of towers, churches, and if you’re up for it, you can visit the home of Vlad the Impaler.

Campulung is a small town in Romania which is situated among the Carpathian Mountains near the Targului River. The town’s name means “long field” and it is probably due to the vast fields surrounding the town.  The town has more than 20 churches and a monastery, some of which date back to the 13th century. There is also the Prince’s House which was built by Prince Matei Basarab in 1635.

Found in the Marmosin County of Romania is the small town of Sapanta. Sapanta is home to the famed Cimitirul Vesel, also known as the “Merry Cemetery” which was created in 1935. There are over 600 wooden beautifully painted crosses which show both the life stories and the juicy not-so-secret details about the deceased. This small town was also the first home of the Spinka dynasty, a group within Orthodox Judaism.

Medias has been called one of the most beautiful cities in Romania, and it has one of the most well-preserved centers in the country. There are many monuments in this small town including the fortified 15th century St. Margaret Evangelical Church, the home of the famous historian -Stephen Ludwig Roth House, and the Trumpeter’s Tower with its 19th-century clock. There are also other attractions located in nearby cities.

Located in Brasov County, Romania is the small town of Rasnov, the home of an estimated population of 15,022. It is the location of the historic Rasnov Fortress, which sits on a rocky hilltop approximately 650 feet above the small town. The town’s history dates back to the 13th century when the castle believes to be built by Teutonic Knights. Other than that, the biggest thing to happen in the town is the filming of the 2003 film, Cold Mountain.

Alba Iulia is a small town in Alba County in the western part of the country. The city has been the seat of the Roman Catholic diocese of Transylvania since the 9th century, and it continues to this day. Some of the landmarks that people visit the town to see are the Romanian Orthodox Cathedral, the Obelisk of Horea, the Alba Carolina Fortress, the Museum of the Union, and the Batthyaneum Library.

Rumored to be named after the Barlad River which lies on its banks, Barlad is a small town located in the Vaslui County of Romania. Known for its maze-like streets, the city is the birthplace of the Roman ruler Alexandru Ioan Cuza. There is much to see in this small town including the Vasil Parvan Museum, the Palace of Justice, the Victor Ion Popa Theatre, and St. Elijah’s Church.

Alexandria, the capital city of the Teleorman County, which is located in southern Romania, near the Bulgarian border. Named after its founder, Alexandru D. Ghica, the Prince of Wallachia, the city is a regional marketing center for different types of produce. There aren’t many places of interest in Alexandria, but the nearby forest is thought to be the most beautiful in the country.

Somewhere along the route between Wallachia and Transylvania, is the small town by the name of Campina. The town was once a customs point between those previously listed places. At the turn of the century, the town was the site of the largest oil refinery in Europe in 1897. Today, it is known for the Iulia Hasdeu Castle, the Geo Bogza Cultural Center, and The Inn Church.

The small city of Rosiorii de Vede is located in Teleorman County in the region of Wallachia. Named as being one of the oldest cities in the country, it was first mentioned in a document back in 1385. The city is best known for being the birthplace of many famous Romanians including Zaharia Stancu, Gala Galaction, Marin Preda, and Viorica Dancila.

Located in the city of Brasov, is the town of Sacele which has a population of 26,000. Its name translates to “small villages,” because it consists of smaller villages which came together in the 1950s.  Known for its hiking trails and winter sporting activities, the city is a very popular tourist destination, specifically during the winter months.