10 Most Scenic Drives In The World 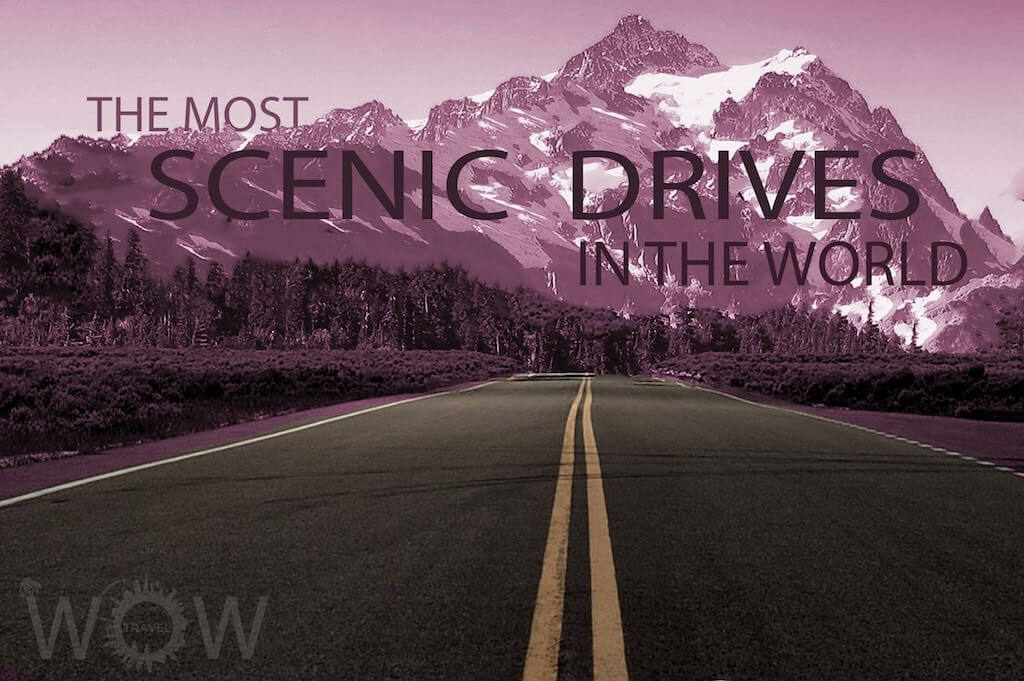 Our world is paved by more than 18.5 million km (11.5 million miles) of roadways. Many roads are so stunningly beautiful that they became iconic destinations in their own,  promising distinct adventures at every turn. But there are 10 that rank among the Most Scenic Drives In The World.

Built in 1938 on top of what was once the Overseas Railroad, which was destroyed by the Labor Day Hurricane that swept through the Florida Keys in 1935. The Overseas Highway, sometimes called “the Highway that Goes to Sea,” is a modern wonder, crosses countless coral and limestone islets through that special world of the Florida Keys. The Overseas Highway stretches nearly 209 km (130 miles), mostly over water across 42 bridges between Key Largo and Key West.

Crossing 11 provinces and 3 provincial capitals, crossing 236 bridges above  rivers and gives access to 18 National Parks. Ruta 40 is the longest highway in Argentina with a length of over 5,140 km (3,195 miles), and one of the longest in the world. Its lowest point: 39 meter (128 ft) above sea level at its starting point by the lighthouse at Cape Virigns in Santa Cruz, Patagonia, and its highest point is at 4,952 meter (16,248 ft) above sea level at the Pass of Abra de Acay in Salta.

The Denali Highway is about 217 km (135 miles) long and connects Paxson on the Richardson Highway with the Cantwell junction on the Parks Highway. Driving conditions vary as the road is mostly gravel and winter conditions close the road every year from October through mid-May. The Denali Highway has great scenery, ORV and mountain biking trails, fishing, hunting, good bird watching and interesting geography. It also provides access to the Delta River canoe trail at Tangle Lakes.

The Going-to-the-Sun Road was completed in 1932 and is a spectacular paved two-lane highway that bisects the park east and west. This engineering marvel spans 80 km (50 miles), winding around mountainsides and treating visitors to some of the best sights in northwest Montana. It passes through almost every type of terrain in the park, from large glacial lakes and cedar forests in the lower valleys to windswept alpine tundra atop the pass.

Stretching 650 curve-hugging, jaw-dropping miles (1046 km) along the ruggedly beautiful central coast of California, Highway 1 is one of the most scenic roads in the US. The trip begins in San Diego, then travels north to beach towns, the bustle and excitement of Los Angeles, through Santa Barbara, then north to more beaches and attractions in Carmel, Monterey, and Santa Cruz. Ending in beautiful San Francisco.

Davos to Stelvio via Bormio, Switzerland/Italy

Etched precariously through the peaks of the eastern Alps, this dizzying zigzag road built in the early 19th century is a hard-core workout for the very best of drivers and automobiles. The 60 hairpin turns transport you 2,756 meter (9,042 ft) up the mountains in 145 km (90 miles).

Amalfi Coast, is widely considered Italy’s most scenic stretch of coastline. The popular Amalfi Coast route (SS 163 Amalfitana) follows the shoreline from Sorrento south to Salerno, in Italy. The dramatic mountain cliffs rise up against the emerald-blue sea sparkling in the sunlight below and pastel colored villages carved into the mountain-side. Locals recommend planning a drive of the Amalfi Coast during the shoulder tourist seasons, mid-September to October and May.

The Milford Road is a 120 km (75 miles) drive in South West New Zealand. Climbing through the Southern Alps, State Highway 94 is one of the highest and most scenic state highways in New Zealand. The highest part of the road is at 940 meters (3,083 ft) above sea level. The Milford Road, part of SH94, takes you from Te Anau through Fiordland National Park to the major tourist gateway – Milford Sound. it’s an unforgettable journey into the heart of Fiordland National Park and the Te Wahipounamu World Heritage area.