Top 9 Things To Do In San Diego 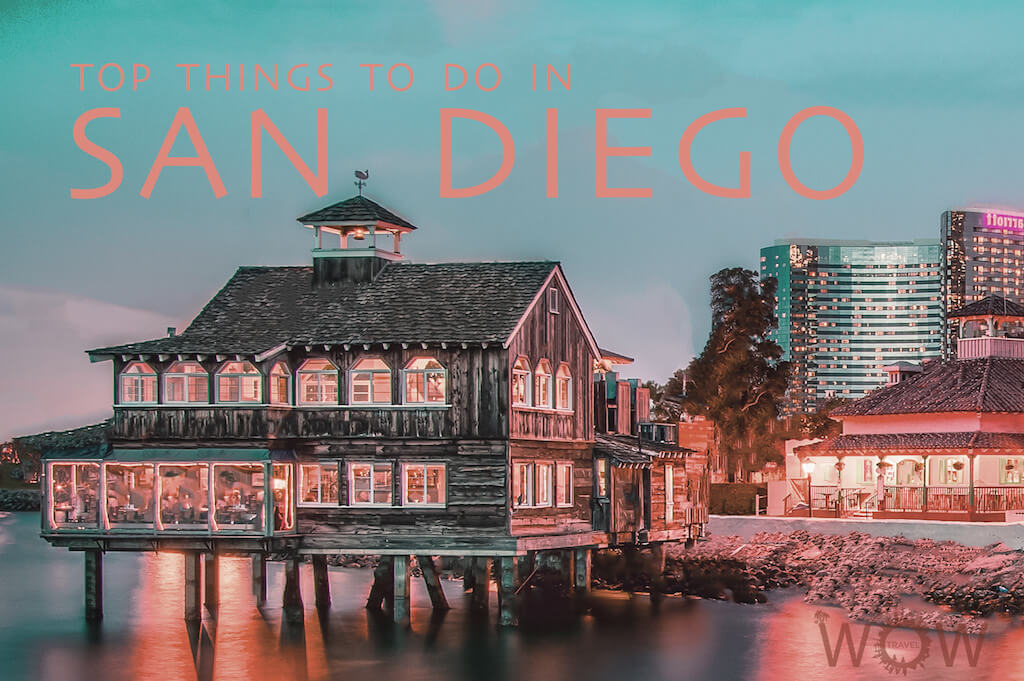 America’s finest city, that is San Diego. A small paradise on the southern coast of California with a full range of attractions for everyone to enjoy. Over 112 km (70 miles) of beautiful sun-drenched beaches, countless parks and gardens, plenty of fine restaurants, a buzzing nightlife, adventure sports and more. Thanks to its year-round amazing weather, San Diego is always ready to receive visitors, it offers indoor and outdoor activities for adults and kids alike. It may be a bit too down south, in a tiny corner of the USA and to some, it may be a long flight or drive there but it is worth the trip. You will be amazed by how much there is to learn, its museums and cultural institutions connect the past to the future so all generations will understand and appreciate the richness of San Diego’s regional history. To give you an idea of what this city has to offer you, here are our Top 9 Things To Do In San Diego.

Old Town San Diego marks the site of the first Spanish settlement on the U.S. West Coast and features 12 acres of Mexican lore and historical sites, colorful shops, early-California-style restaurants, museums, a theater and the restored Cosmopolitan Hotel. Considered the “birthplace” of California, visitors can witness the living legacy of California’s birthplace in Old Town San Diego State Historic Park as history come alive in the many preserved historic buildings and museums allowing you to “go back in time” and visit California’s history firsthand. Source: sandiego.org

SeaWorld San Diego was founded in 1964 as a marine zoological park along Mission Bay. Today, the park is as much a theme park as it is a marine park, with shows, animal exhibits, aquariums and, yes, a few thrill rides. Ride the ray on the double-launch roller coaster Manta, take in amazing live shows and enjoy special attractions such as Turtle Reef and the Shark Encounter. Visit the sea lions, polar bears, penguins, bottlenose dolphins and beluga whales.

The Gaslamp Quarter is Southern California’s premier dining, shopping and entertainment district, where you’ll find a truly eclectic blend of food, fun and culture – all within one of San Diego’s most historic areas. Whether you’re seeking theater, upscale shops, fine dining or a wild night club, it’s all here.

a five-level outdoor shopping mall located in downtown San Diego known for its bright colors, architectural tricks, and odd spatial rhythms. It stands on 6.5 city blocks adjacent to the city’s historic Gaslamp Quarter and has more than 100 specialty stores for necessities or splurges, plus exciting dining and entertainment options.

Balboa Park is home to 15 major museums, several performing arts venues, lovely gardens and many other cultural and recreational attractions, including the San Diego Zoo. With a variety of cultural institutions laid out among its 1,200 beautiful and lushly planted acres, Balboa Park is the nation’s largest urban cultural park.

Located in Balboa Park, the San Diego Zoo is one of the largest and most famous zoos in the United States. The zoo is home to over 3,700 animals of more than 650 species and subspecies.

Located in downtown San Diego the Seaport Village is a 14-acre waterfront shopping, dining and entertainment complex recreating a harbor side setting of a century ago. Includes 54 one of a kind shops, 13 casual dining eateries and 4 fine dining waterfront restaurants. Opened in 1980, the Seaport Village features 6.5 km (4 miles) of meandering cobblestone pathways bordered by ponds, lakes, fountains and colorful, lush landscaping and a 0.4 km (0.25 mile) boardwalk along the San Diego Bay. Outdoor performers takes place regularly in the afternoons, some of which can be quite eclectic.

Ocean Beach is a beachfront neighborhood nestled between the San Diego River and the hills of Point Loma. It’s main street, Newport Avenue, is known for antique and other eclectic shops, youth hostels, dive bars, as well as amazing burgers and fish tacos. It’s likely the very last bastion of 1970s beach culture in San Diego.

From its unforgettable view of the Pacific Ocean to its memorable marine life exhibits, this aquarium is a must-see for every landlubber. The aquarium features more than 60 habitats of fishes and invertebrates from the cold waters of the Pacific Northwest to the tropical waters of Mexico and beyond. An oceanographic museum showcases research discoveries by Scripps scientists on climate, earth and ocean science and includes five dozen interactive elements.