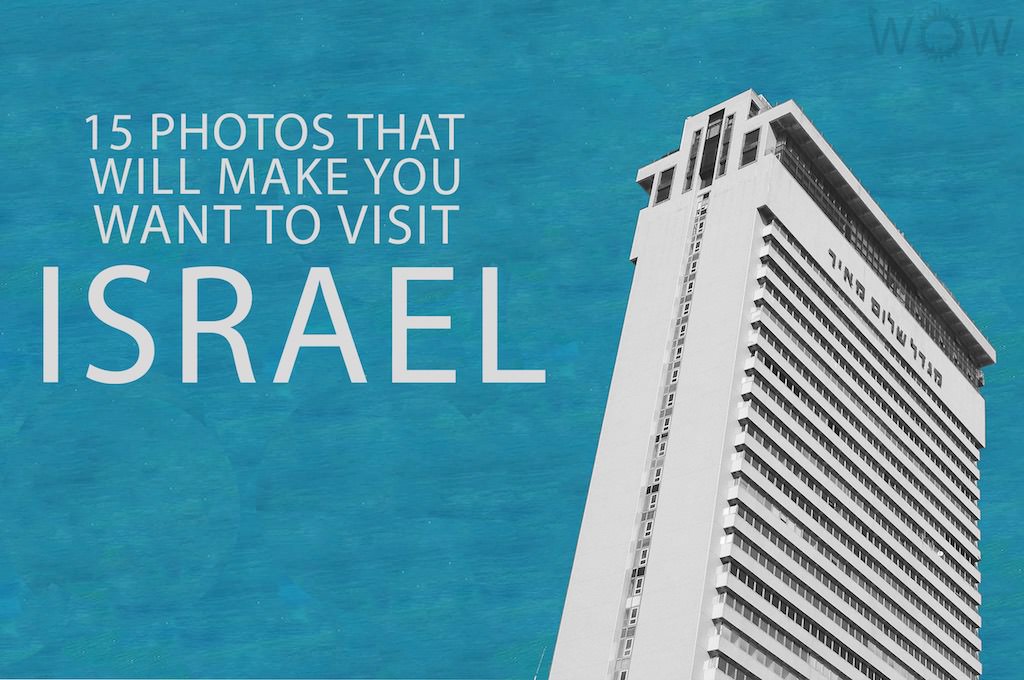 Just over 400 km (250 miles) long and 112 km (70 miles) wide at its widest point, Israel can be covered in a matter of hours, but we can assure you that you will want to stay for much longer. Home to some of the world’s most famous historic sites, gorgeous coastlines and rugged deserts, Israel offers travelers a plethora of sights, food, and culture.
[booking_product_helper shortname=”israel”]

Eilat is a resort town of 50,000 and bustling port, combining sea, desert and a range of mountains. Eilat lies at Israel’s southernmost tip, its shores are bathed by the amazing Red Sea. Eilat is blessed calm waters beaches and some of the most unique coral reef of its kind in the world.

The Festival of Light

Children floating at the Dead Sea

The Dead Sea is the lowest point on earth. Its unusual high salt content enables one to float effortlessly. Once the waters reach the Dead Sea they are land-locked and have nowhere to go, so they evaporate, leaving behind a dense, rich, cocktail of salts and minerals that supply industry, agriculture and medicine with some of its finest products. The Dead Sea is flanked by mountains to the east and the rolling hills of Jerusalem to the west, giving it an almost other-worldly beauty. Although sparsely populated and serenely quiet now, the area is believed to have been home to five Biblical cities: Sodom, Gomorrah, Adman, Zebouin and Zoar (Bela).

Nazareth, in the Galilee region, is the cradle of Christianity, the city where the angel Gabriel told Mary that she would conceive by the power of the Holy Spirit, and the place where Jesus spent his childhood and youth.

Acre is a historic walled port-city with continuous settlement from the Phoenician period. It is a city of intrigue, where you can walk through labyrinthine alleys and streets and explore the remnants of Crusader, Muslim and Ottoman conquerors. The picture shows an aerial view of the Old City, its harbour, the ancient walls and the Al-Jazzir Mosque.

Mount Tabor sits at the eastern end of the Jezreel Valley, 17 km (11 miles) west of the Sea of Galilee. For most Christians, it is a Holy mountain (the mount of Transfiguration). It was an important fortress during the First and Second Temple, Greek, Roman and Crusaders times.

Timna Park, located some 25 km (about 17 miles) north of Eilat, is the site of the world’s first copper mine. It has been mined since the 5th millennium BC. Thousands of ancient mining shafts can be seen throughout the park as well as remains of smelting furnaces dating back to ancient imperial Egypt. Copper was the first metal used to create work and household tools, weapons, costly ornaments and cultic objects. The area is rich in copper ore and.

Ramon Crater is the largest natural crater in the world, it is 40 km (25 miles) long, 10 km (6.2 miles) wide and 500 meters (1640 ft) deep, and is shaped like an elongated heart. In the picture is the Bereshit Hotel, set on a cliff at the edge of the Ramon Crater in the Negev Desert.

Haifa is the third largest city in Israel, the capital of the North. In the picture is the German Colony quarter, and the Bahai Gardens. The Bahá’í Gardens in Haifa comprise a staircase of nineteen terraces extending all the way up the northern slope of Mount Carmel. At its heart stands the golden-domed Shrine of the Báb, which is the resting place of the Prophet-Herald of the Bahá’í Faith.

Tel Aviv is a cacophonous mixtape of heritage that offers an exciting melting pot of cuisines, cultural traits, accents and world-views. It is often called ‘The City That Never Stops’ and we can promise it will amaze, delight, and have you begging for more with its variety of high-end restaurants, trendy cafes, cool bars, wild nightlife, amazing architecture, white sand beaches and crystal blue water.

Jerusalem, the capital of Israel, is one of the most ancient cities in the world with an intriguing history that stretches back thousands of years combined with a bustling modern city. It is considered the holiest city in the world due to its importance to three of the world’s main religions; Judaism, Christianity, and Islam.

Jaffa is one of the world’s oldest cities, with its Old Port, markets, restaurants and unique atmosphere, it is a top destination for visitors of the city. Most impressive is the Old Port, which is one of the oldest active ports in the world. Jaffa is mentioned in the Old Testament as the port from which the prophet Jonah embarked on a ship before being swallowed by a fish.

There are over 4,000 Bauhaus buildings which are spread over Tel Aviv. The Bauhaus architectural style follows a few aesthetical ground rules such as: simplicity, clean cuts, white walls and no unnecessary decorations. All the buildings have a smooth and simple touch inspired by the idea of functionality. In 2003, UNESCO proclaimed “The White City”, the unique urban and historical fabric of Tel Aviv-Jaffa, as a World Cultural Heritage site. By this proclamation, the world recognized the special architectural qualities of the buildings, streets, squares and avenues of Tel Aviv.

Flamingos at the Salt Pools

The Salt Pools, near Eilat, attract wide variety of birdlife, including ducks, plovers, yellow wagtails, red-throated pipits and white-winged terns. The flock of flamingos is most remarkable.

The Hula Valley is an agricultural region in northern Israel and a major stopover for birds migrating along the Syrian-African Rift Valley between Africa, Europe, and Asia. In the background is the Mount Hermon, the highest point in Israel. It is an inviting place to hike all year round and during the winter, the lower slopes of the Hermon are used for skiing and snowboarding.