A Visit To The Hot Springs Of Pamukkale 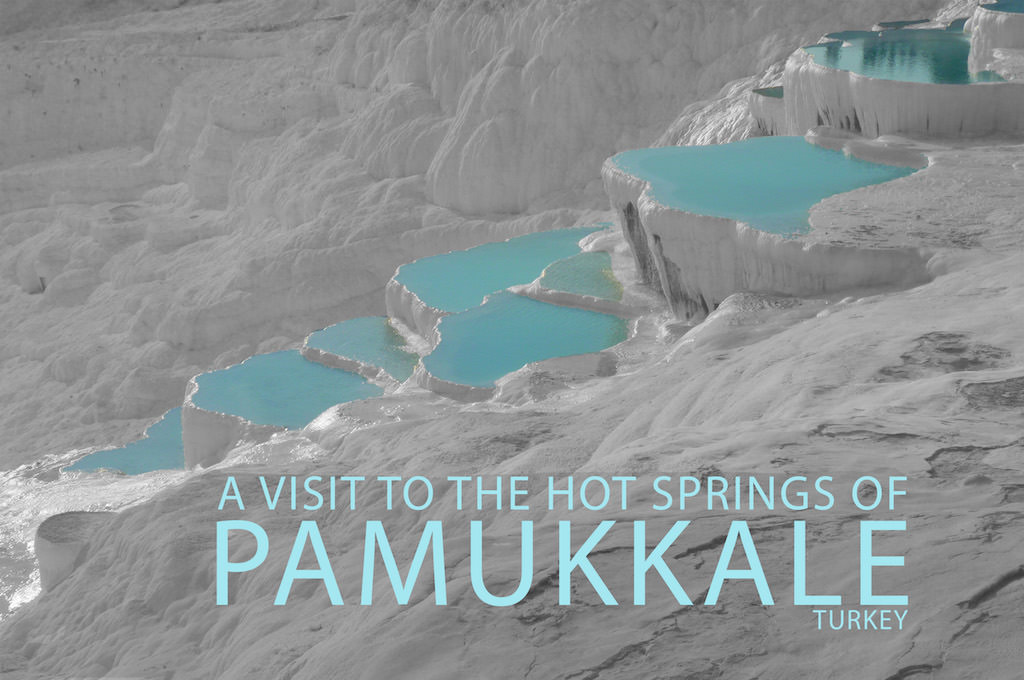 The Mediterranean is one of my favorite spots in the world. You never know what new gem you will find throughout the journey. This time, I went to Turkey to visit the dazzling city of Pamukkale located in southwestern Anatolia.
[booking_product_helper shortname=”pamukkale”]

Pamukkale, which in Turkish means “Cotton Castle”, is a fantastic spectacle, made up of petrified waterfalls, hot springs and travertines.

Visitors from all over the region have enjoyed these 17 hot water springs (temperature ranges from 35 °C (95 °F) to 100 °C (212 °F)) for millennia which led to the construction of spas and resorts in the 19th and 20th centuries. However, once this astonishing place was declared a World Heritage Site in 1988, everything was torn down and it became a real sanctuary of calm and serenity. It still attracts tourists from all over the world who come to take delight of the beauty and benefits of these thermal waters. Nevertheless, due to the new regulations, only small pools are allowed to be used.

The first thing you need to do when you are here is to soak yourself in Pamukkale’s Antique Pool (beside the Temple of Apollo). It is by far the most surreal hot spring experience, being submerged in hot springs while ancient columns and pieces of fallen marble are scattered around you. The water of Pamukkale is famous for its benefits to the eyes and skin as well as for helping to alleviate asthma and rheumatism. The cliffs cascade downward in a widening series of steps from a plateau more than 100 meters (328 ft) high. The water contains iron, sodium chloride (salt) sulphuric acid, and magnesium.

Second on my list is the city of Hierapolis which literally means “Holy City” in ancient Greek. Breathtaking views of the Pamukkale travertines and the entire province are worth the sweat up the hill. Once you are up there, plenty of magical places await. Every corner takes you on a trip through history. For instance, the Hierapolis theater, a colossal construction with a 100 meter (328 ft) facade and two tiers of seating, each with 26 rows. It was built while Roman Emperors Hadrian and Septimus Severus ruled these lands, the theater is incredibly well preserved, you can still admire its decor and even the imperial boxes remain.

A nearby city worth visiting is Laodicea which was once a lively and hectic city of industry, medicine, and trade. A very large population of Christians moved here once Christianity became popular and Antiochus the Great transported 2,000 Jewish families from Babylonia. The ruins of the city are highly photogenic, remnants from the temples and theaters of early Roman settlement to the later Christian era are all around you.

Do not leave without visiting Aphrodisias just 10 minutes away by car, a small ancient Greek city but with lots of things to see. For the romantics, Aphrodisias was named after Aphrodite, the Greek goddess of love, this could be a great spot to propose. (just saying…). A two-hour walk of this city should be enough to visit the Temple of Aphrodite, the Monumental gateway, the Bouleuterion or Council House, or the Stadium which was used for athletic events until it was almost destroyed by an earthquake in the VII century.