Montenegro only became an independent nation in 2006, so it comes as no surprise that many ask the question ‘is Montenegro a country?’ This tiny nation is fast earning the reputation of being the ‘go-to’ destination in Europe, and with good reason too. From the stunning waters of the Adriatic Sea to lofty mountains and picturesque towns, the country of Montenegro is a vacationer’s dream. What makes it even more special is that it showcases the best of Europe at an affordable price.

Charming villages and some of the most gorgeous seaside scenery are what you can expect along Montenegro’s coastline. The Budva Riveria, Montenegro’s most popular beach resort, throbs with energy as both locals and visitors from outside descend to soak up the history and the relaxed Montenegro beach vibe. Similar to Dubrovnik in many ways but smaller and less crowded, Budva’s walled Old Town stares broodingly down at the spectacular waters of the Adriatic.

Another moated wall town popular along the coast is Kotor. One of the best fortified medieval towns along the Adriatic, Kotor has romance and a special ambiance that reaches out to embrace visitors. Surrounded by lofty mountains that end in blue waters, Kotor feels like a land suspended in time with its dramatic scenery punctuated by medieval museums, churches, and Venetian palaces.

Montenegro is a country that has drama weaved into its soul. If you can pull yourself away from its ancient towns and spectacular beaches, there’s much more that will take your breath away.

Take a trek up to the nation’s pride, Mount Lovcen, to marvel at the awe-inspiring view below or lose yourself in the gorgeous Durmitor National Park. Sitting in the Dinaric Alps, the national park boasts of at least 18 glacial lakes.

Cutting through the mountains of the park, you’ll find another of the nation’s natural wonders, the Tara Canyon one of the world’s most breathtaking canyons, the second deepest after the Grand Canyon. You’ll find the best views of the canyon from the water as you raft along the river. However, if you’d rather not get wet, the Drudevic Tara Bridge also offers some great views of the canyon.

Montenegro with its myriad of breathtaking sights and fascinating history is a breathing example of the cliche ‘the best things in life come in small packages!’ 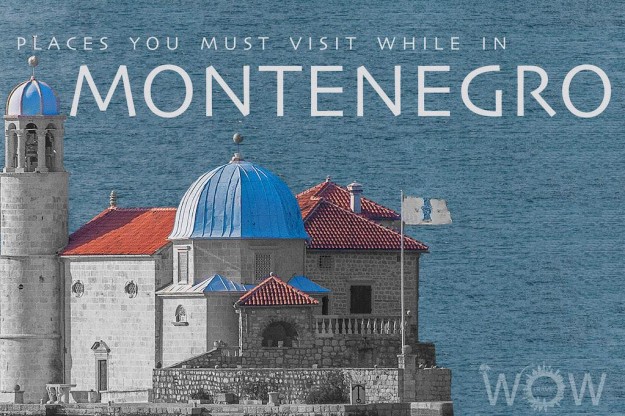 13 Places You Must Visit While In Montenegro

Welcome to the country of exceptional natural beauty and diversity of landscapes, rich architectural and cultural heritage, a long history and hospitable people. The picturesque country of Montenegro is a small Balkan country in southeast Europe with a beautiful coastline along the Adriatic Sea. Known as the pearl of the Mediterranean, it is a place…