Top 10 Things To Do In Guanajuato 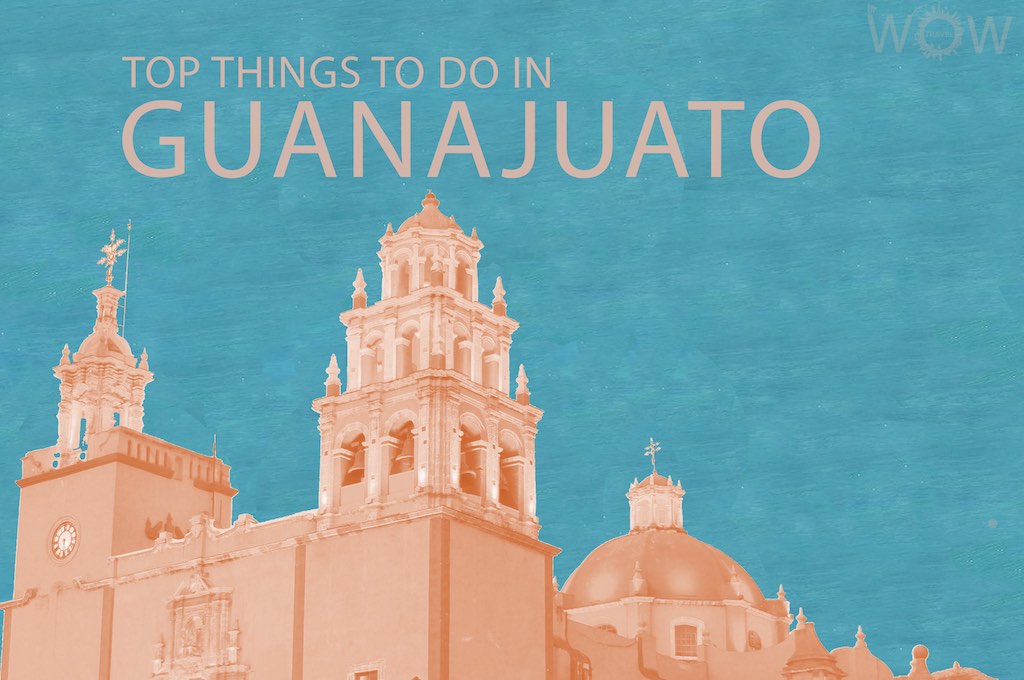 Guanajuato is situated beautifully at the center of Mexico. The Spanish people first settled in Guanajuato in the 1520s because of its mineral resources, the city’s main source of income is mining and agriculture. The decorated colored buildings that surround the city, the historical museums, the alleyways and so many important things to see making Guanajuato a very attractive destination. Guanajuato is just a beautiful place for vacation so take a look at our Top 12 Things To Do In Guanajuato, Mexico
[booking_product_helper shortname=”guanajuato”]

Guanajuato is well patterned with beautiful alleyways, plazas, restaurants and staircases up hillsides that look too good to be true. The alleyways are endless and they all look alike, so you can easily get lost in the city. The beautiful colors especially the green color that gives volume to nature makes the city an amazing and irresistible sight for visitors. Wondering around the colorful lanes is the best choice one can make.

The story of the Alley of the kiss came from a legend of two young lovers who lived in the alley across each other, and although the girl’s father forbade their love, they continued to see each other until one day their love took a tragic turn. The alley is too narrow and so it allowed the balconies to almost touch and when the girl’s father saw her he stabbed her and she died in her lover’s hands then he gave her a final kiss. So it is believed that couples who kiss on the third step which is painted in red are guaranteed seven years of happiness together. If you are going to Guanajuato with your spouse then be sure not to miss spot for anything.

The mummies are the most famous tourist attraction in Guanajuato. Some people believe that the mummies came about as a result of people who have been buried alive, after mistakenly declared dead. It is believed that they died of desperation and as a sign of their pain, convert into mummies. All the mummified bodies are found above ground, not in underground graves. The story museum may seem pretty weird and creepy for strangers but the Mexicans seem to be obsessed with dead bodies. It’s actually an adventure, a very weird one for foreigners.

This is another historic place in Guanajuato, the story revolves around Tadeo Mejia whose wife was stabbed in the neck and then died in a street near the house which is now a museum. According to stories, the murder of Constanza has caused a lot of pain to Tadeo Mejia which caused him a psychological problem. Tadeo consulted a witch who told him to do human sacrifices especially of young women, he became a serial murderer and it was said that several bones were found in the mansion’s basement. House of laments is currently a museum also known as a haunted mansion and its actually a place to visit for a whole new adventure for the whole family.

Juarez Theater is one of the most beautiful theaters in the city, it contains nine sculptures depicting the muses of Greek mythology. The interior has a variety of design and it is richly decorated. This is the only theater in the city that has held on to its original furnishings.

It is the main plaza in the city and only the richest people of the city build their homes here and some government buildings and churches. It has a sculpture of a woman representing peace. The plaza is surrounded by churches, government and commercial buildings and mansions. The plaza is noted for its courtyard and architectural features.

The Union Garden is the most beautiful place you can visit in Gujuanato it surrounded by many restaurants, plaza and musicians which make the place very lively. There is never a dull moment at union garden, there used to be market, bullfights and other indigenous celebrations. Union garden is at the center of Guajanito with green plants which beautifies the environment.

The growth of Guanajuato resulted from the availability of the mineral resources surrounding it. The city used to be one of the most influential cities during the colonial period because of the mines. So one of the most adventurous things to do is to visit one of the silver mines that initially announced the city.

The often flooded Guanajuato’s river made it necessary to create tunnels where the water flowed under the city, although the tunnels are no longer in use as a nearby dam was constructed to control the river upstream. However, the tunnels are used as roadways and it has helped the city a lot by reducing congestion on the streets above the ground. The tunnels are actually well created and save time if you need to get somewhere in a hurry but make sure you have the map with you.