Top 7 Things To Do In Mexico City 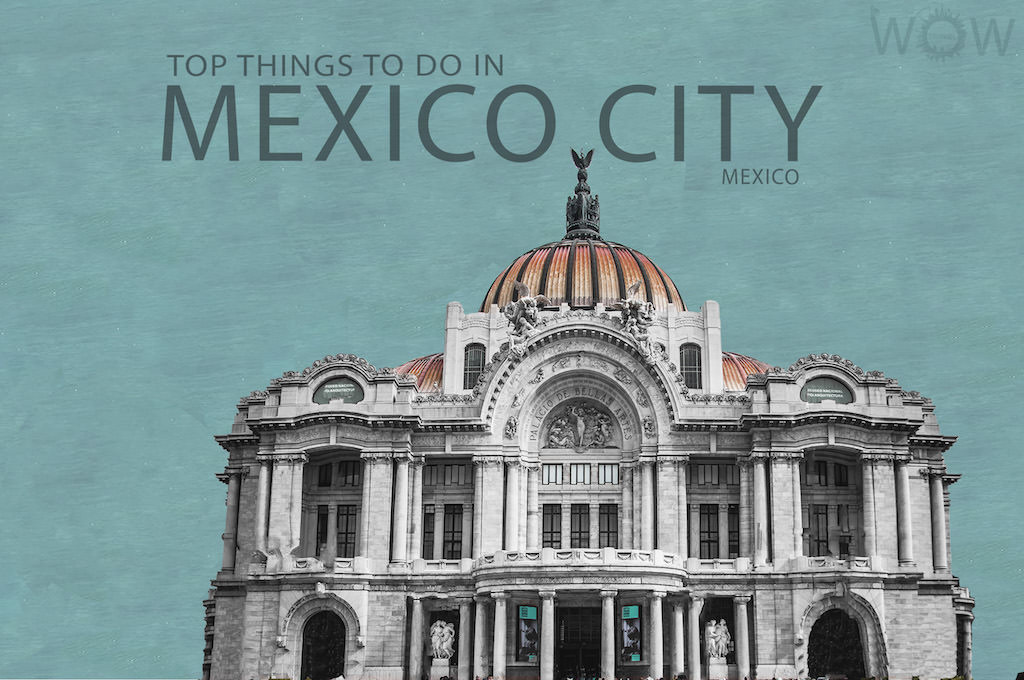 México City has everything you could possibly ever need or want. Although they say the city is constantly sinking and has sunk more than nine meters in some areas over the last 100 years, it has grown and developed economically more than many other Central American countries. It is the largest metropolitan area in the western hemisphere and the largest Spanish-speaking city in the world. This charming city will keep you busy for as long as you decide to stay. It has more than 160 museums, 100 art galleries, countless theaters, world class hotels and restaurants as well as bars and clubs. Let’s not forget that Mexico City is home to the world’s richest man, Carlos Slim. If you thought Mexico City is just lots of tequila, mariachi, food and fun, you were wrong, this city will leave you breathless with its wonderful secrets, astonishing attractions and fascinating culture. Enjoy the Top 7 Things To Do In Mexico City.

Mexico City’s principal plaza, called the Zocalo, fills such a role and is the heart of that great metropolis. Few places hold within so much meaning for Mexican culture like the Zocalo, a monumental public space surrounded by some of the most emblematic urban landmarks in the city, which together constitute one of the largest and most important public plazas in the world. It is the beating heart of Mexico’s capital and the site of frequent cultural events.

The Metropolitan Cathedral is the largest and oldest cathedral in Latin America. Begun in the late 16th century (it took around 250 years to complete), the cathedral is a medley of styles and dominates the city’s huge Zócalo plaza. The architecture of the Catedral Metropolitana fuses together Spanish renaissance, neo-classicism and a little of Baroque. You will be mesmerized with fascinating wooden altars made in the 16th-century, statuettes gilded with gold, and intricately decorated 14 massive chapels. Catedral Metropolitana is sinking slowly as it was constructed on top of an ancient Aztec ruins and the sheer weight of the stones and marbles used have become too much to bear. To stabilize the establishment, scaffolding was put and even seen as part of the structure.

“The National Palace in Mexico City, or Palacio National in Spanish, has been the official seat of the Mexican government ever since the Aztec empire was in power from 1325 to the year 1521. The site is located along the entire eastern edge of the central plaza of the city, which is commonly referred to as the Plaza de la Constitucion or Mexico City Zocalo. In addition to being the seat of the federal government, the National Palace Mexico City also houses the Federal Treasury, the National Archives, and the president’s offices. The Palace in Mexico City also functions somewhat as a museum. Visitors can view original paintings by the Mexican artist Diego Rivera as well as displays with government artifacts.” Source: Destination360

The Basilica of Our Lady of Guadalupe (Spanish: Basílica de Nuestra Señora de Guadalupe) is the National Shrine of Mexico and the most-visited Catholic shrine in the world since it is considered the second Catholic Shrine in importance after Vatican City. The cathedral is built on Tepeyac, a hill north of downtown Mexico City, this is also the former site of the temple of Tonantzin, the Aztec fertility goddess.

“Founded in 1325, it rose to be the capital of the Aztec empire and the largest city in the pre-Columbian world. It was captured by the Spanish in 1521, after which Cortés directed the systematic destruction and levelling of the city. However he didn’t quite destroy the city – ruins have been excavated and can now be seen in the heart of modern day Mexico City, creating one of the country’s most visited tourist attractions and one of the strongest testaments to the importance of the Aztec empire.” Source: Flight Centre

A stunning Art Nouveau masterpiece, originally designed by Adamo Boari and envisioned for the centenary celebrations of Mexico’s independence in 1910, the Palace of Fine Arts was completed by architects Alberto J. Pani and Federico Mariscal, who decorated its interiors with Art Deco motifs. Its inauguration was celebrated in 1934. The Fine Arts theater not only offers the finest in performing arts, it also houses the Palace Museum as well as the National Museum of Architecture.

Polanco is an elegant Mexico City neighborhood that blends a cosmopolitan feel with a distinct Mexican flare and a great place to people watch, to see and be seen. Along side the calm of Chapultepec Park there are pockets of high energy and great beauty. This is Mexico City’s most exclusive address with its upscale shopping malls, antiques shops, designer boutiques, art galleries, government offices, embassies, zoo, museums, fine dining and nightlife, and some of the 11 Best Hotels in Mexico City. It’s an ideal place for discovering contemporary Mexican culture.