Top 10 Things To Do In Istanbul 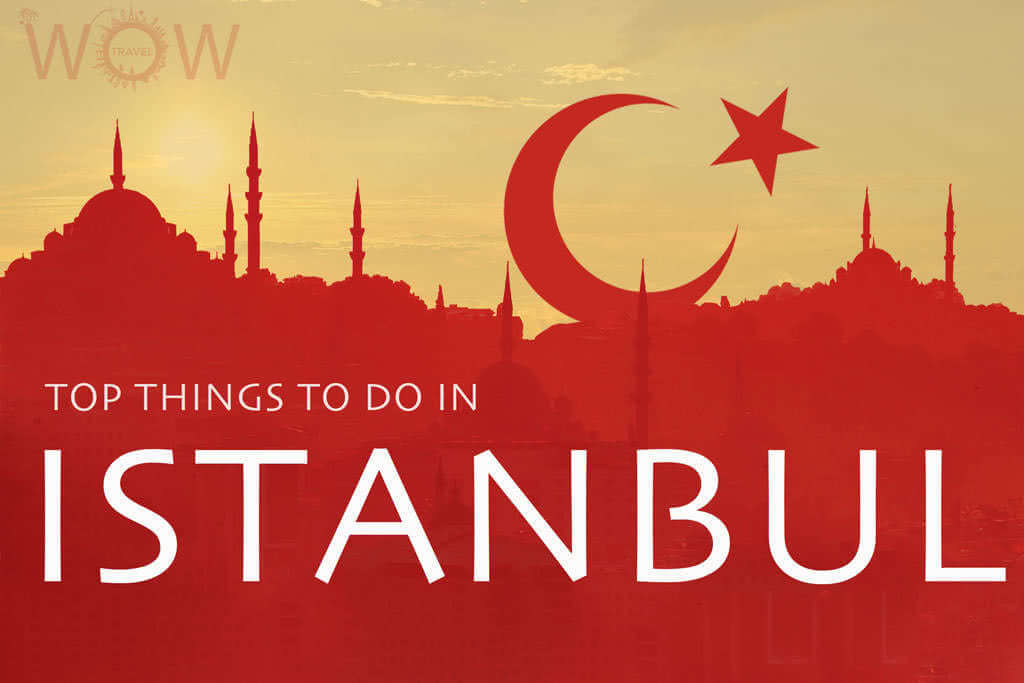 Perhaps the fact that it is the only city in the world trapped between two continents made of Istanbul one of the most fascinating, vibrant and colorful cities on earth. The former Constantinople what’s the capital of some of the greatest empires of our history such as the Roman and the Ottoman empire. This city has been the inspirations of many over centuries, Paul Theroux, Ernest Hemingway and Agatha Christie and her famous novel of “The Murder on the Orient Express”.

We always go back to this  amazing city due to the warmth of its people, the amazing food, the colors and scents in the local markets, its vast culture reflected in its many museums and architecture everywhere you look. Istanbul never stops to amaze us and the thousands of visitors that come every day to the ancient yet modern and lively metropolis. Check out the Top 10 Things To Do In Istanbul.

Istanbul is inspiring because it has its own code of architecture, literature, poetry, music. – Christian Louboutin

The 500-year-old Grand Bazaar, is one of the largest indoor marketplaces in the world as well as the oldest shopping spot in the world. It has 60 covered streets, over 4.500 shops, 60 restaurants, mosques, hamams and fountains which attract between 250,000 and 400,000 visitors daily. You can simply find here anything from antique furniture and old coins to great food.

The Basilica Cistern, is the largest of several hundred ancient cisterns that lie beneath the city of Istanbul. 336 marble columns support a system that once stored up to 80,000 cubic metres of water, stored the imperial water supply for the Byzantine emperors, providing Istanbul residents with water since the 6th century.

Dolmabahce Palace was built in 19th century and it is one of the most glamorous palaces in the world with a blend of various European architectural styles. It was built by Sultan Abdulmecid (1839-1861) who was the 31st Ottoman Sultan and served as the administrative center of the Ottoman Empire till 1922. It contains more than 280 rooms and 43 salons. The palace consists of three main sections: Administrative apartments (Selamlik), Ceremonial Hall (Muayede Salonu), and Imperial Harem (Harem-i Hümayun).

Built between 1610 to 1616, The Sultan Ahmed Mosque is a historic mosque in Istanbul and one of only a few in the world with 6 minarets. The mosque is popularly known as the Blue Mosque for the blue decorative İznik tiles adorning the walls of its interior. The 20,000 blue tiles adorning the interior were made in Iznik, an area that was famous during the Ottoman Empire for its expert production of ceramic tiles. These tiles also gave themselves to the name of the mosque. It is open every day but it closes at prayer times for 90 minutes. Muslims may still arrive at the mosque during prayer time, so visitors are asked to be respectful, and avoid flash photography.

If the earth were a single state, Istanbul would be its capital. – Napoleon Bonaparte

Also known as the Church of the Holy Savior in Chora, it is considered to be one of the most beautiful surviving examples of a Byzantine church. The Chora Church was originally built in the early 5th century outside the walls of Constantinople. Nowadays, its architecture, mosaics, and frescoes are exceptional examples of Late Byzantine artistic developments and style.

Also knwon as Christea Turris by the Genoese, the Galata Tower is a medieval stone tower in the Galata/Karaköy quarter and one of the best spots to get a 360 panoramic view of the city at 67 meters (219 feet) high. It was the tallest building in Istanbul when it was built in 1348. It was used to house prisoners of war and later became an observatory.

Situated on a hill overlooking the Sea of Marmara, the Bosphorus and the Golden Horn, the Topkapi Palace is a glorious palace that was the principal residence of the Ottoman sultans for approximately 400 years of their 624-year reign, as well as the gilded prison housing wives and concubines. The sprawling hilltop complex houses royal jewels in the treasury and kitchens that once fed 5,000 people every day. The palace is a dazzling display of Islamic art with opulent courtyards, lined with intricate hand-painted tile-work, a collection of old weapons used by the sultans, a huge porcelain collection, and the treasury with its collection of jewels and clocks.

Istanbul, a universal beauty where poet and archeologist, diplomat and merchant, princess and sailor, northerner and westerner screams with same admiration. The whole world thinks that this city is the most beautiful place on earth. – Edmondo De Amicis

Built by Emperor Justinian in 537, the Hagia Sophia is a former Greek Orthodox patriarchal basilica that was the world’s greatest cathedral for more than 9 centuries, later an imperial mosque when the Turks took the city in 1453, and now a museum after it was converted into a museum in 1935. The mystical city Istanbul hosted many civilizations over the centuries, of which Byzantium and Ottoman Empires were both the most famous ones. The city today carries the characteristics of these two different cultures and surely Hagia Sophia is a perfect synthesis where one can observe both Ottoman and Byzantium effects under one great dome.

The Süleymaniye Mosque is an Ottoman imperial mosque located on the Third Hill of Istanbul and it is certainly one of the grandest and most beautiful mosques in the world. The Suleiman Mosque masterpiece blending the best of Islamic and Byzantine architecture was built on the order of sultan Suleiman the Magnificent and constructed by the famous Ottoman architect Mimar Sinan. Don’t forget to visit the tombs of Süleyman and Roxalana behind the graveyard and the tomb of Sinan.

Taksim is a vibrant, modern neighborhood located in the European part of Istanbul and a symbol of the secular Republic because of the Cumhuriyet Anıtı (Republic Monument) that stands in the middle of the plaza. As a main transportation hub and with numerous hotels, restaurants and bars surrounding the area, it is a popular destination for both tourists and locals alike. Walk along the Istiklal Street is a must.

On the meeting point of two worlds, the ornament of Turkish homeland, the treasure of Turkish history, the city cherished by the Turkish nation, İstanbul, has its place in the hearts of all citizens. – Mustafa Kemal Ataturk