Top 10 Things To Do In Portland 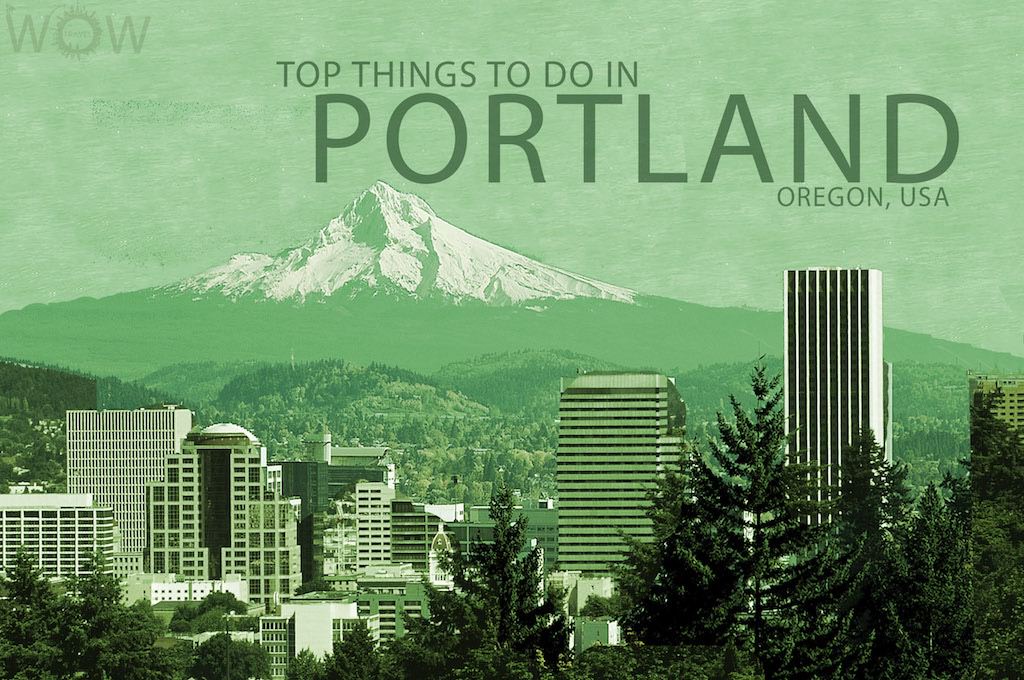 A visit to Portland is a must for anyone who enjoys eating, drinking and exploring the outdoors. A city promoting such liberal ideas as sustainability, locally-sourced, farm-to-table restaurants, and of course, craft beer. Get started with our Top 10 Things To Do In Portland.

The Portland Aerial Tram opened to the public in 2007. Since then, it has made more than 217,000 trips carrying nearly six million riders on the popular aerial conveyance. The cabins, named Walt and Jean, travel 3,300 linear feet between the South Waterfront terminal at 3303 Southwest Bond Avenue, and the upper terminal at OHSU’s main campus. The Tram cabins rise 150 meters (500 ft) and will provide you with unique views. The Portland Aerial Tram, part of the City’s public transportation system, is one of only two used for urban transit in the U.S.

Pittock Mansion is full of rich history and remarkable stories of one of Portland’s first and most influential families. Nestled high in the West Hills, Pittock Mansion overlooks the city’s skyline from 300 meters (1,000 ft) up – the perfect place to learn how Portland became what it is today.

Operating since 1974 the Portland Saturday Market is the largest continually operating outdoor arts and crafts market in the nation. Located in Waterfront Park and Ankeny Plaza in Portland’s historic Old Town the Market is one of the most popular shopping destinations for local handcrafted goods. The Market offers a unique opportunity for customers to meet the artist as well as see one of a kind pieces created in the artist’s booth. Over 250 small businesses and individual artists from across the NW region gathers each week for the Saturday/Sunday event with live music and a plethora of exotic foods that will satisfy everyone’s appetite.

The Portland Craft Beer Festival (PCBF) is an annual opportunity for the legal-drinking-aged public to taste a substantial representation of beers originating from Portland breweries. Only beers, plus ciders and wine, crafted within the city limits of Portland are featured at the PCBF which makes it unique and different from other beer festivals. Per both Travel and Leisure and Beer Connoisseur, Portland is the best beer city in the world. With more than 58 breweries within its boundaries and counting, Portland has more grassroots beer houses than any other city on earth. Breweries include some nationally known brands, such as Widmere, as well as small brew-pubs with suds known only to locals.

The Portland Mercado is the first Latino public market in Portland and a place that brings people together through food, art, and entertainment. Come here for events, cultural activities, shopping, dining and exploring the flavors of Latino culture.

With 100 established trails, the 137 km-long (85 miles), 1,219 meters (4,000 ft) deep Gorge is a recreational wonder and a popular destination for hikes and picnics. The Columbia River Gorge has something for every mood, from a kid-friendly hike to a 30 meter (100 ft) waterfall to a workout hike that will leave your legs burning. Make sure to visit Multnomah Falls, only 30 minutes away from Portland. It is easily the Columbia River Gorge’s most famous waterfall and could very well be Oregon’s prime waterfall attraction. Multnomah Falls are widely known as the 4th tallest waterfall in the United States, they are usually cited as dropping 189 meters (620 ft), 165 meters (542 ft) in the upper and 21 meters (69 ft) in the lower tier.

The Japanese Garden in Portland should be on every visitor’s list. It stretches out over five and a half acres and is split into five very distinct areas. The thinking behind the Japanese garden is that one should feel peace, harmony and tranquillity when they enter. Japanese gardens have a lot of culture and history to them. As you move from one area to another the feeling of tranquility follows you. Many hours can be spent exploring the garden and admiring the beautiful ponds, trees, and bridges. Source: thecrazytourist

Portland is definitely a beer town, and you can’t wrong stopping by any of the numerous craft breweries in town. But for something unique – and that you probably haven’t done before – check out Distillery Row, a small section of Southeast Portland featuring seven independent distilleries. Go on a tour, taste some craft spirits, and learn how liquor is made. Source: twotentwice

There are many beautiful and unique bridges crossing the Willamette River in Portland, and some of them provide a perfect trip with magnificent views. The best experience, for bikers and walkers, is crossing the new Tilikum Crossing (Bridge of the People). It is the first new bridge to be built across the Willamette in over 40 years, and one of the only spans in America where every mode will be allowed except for private cars. Consider to Join the Providence Bridge Pedal – a non-competitive community bicycling event. Bicycle pedalers and walkers cross Willamette River bridges including spectacular views from atop the Marquam and Fremont bridges.