Top 10 Things To Do In Porto 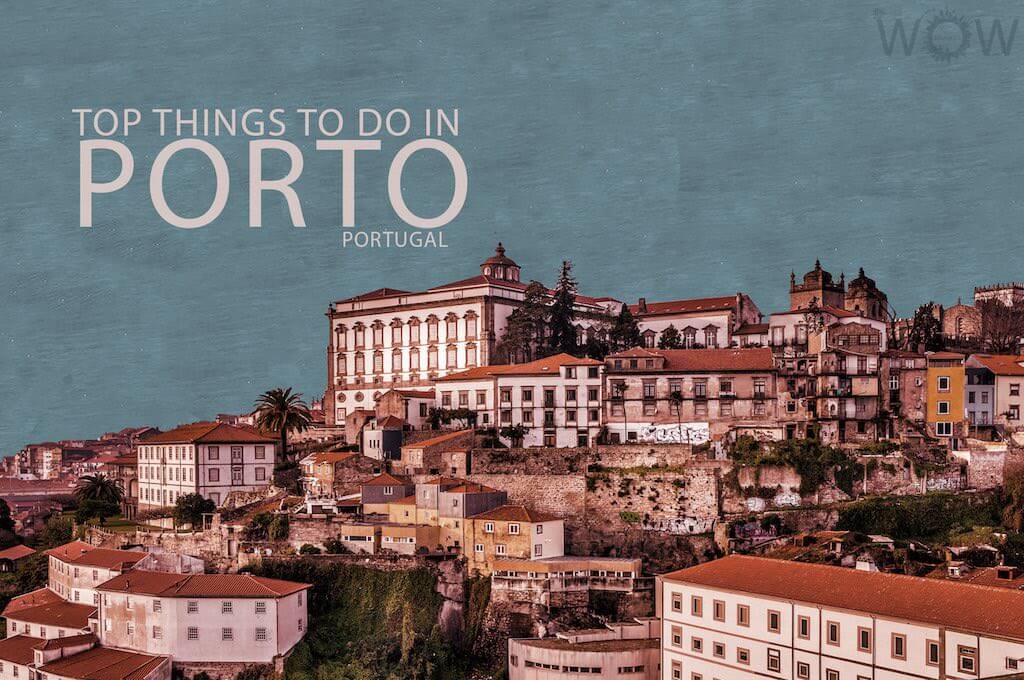 Porto is Portugal’s second-largest city, after Lisbon, and one of the oldest European cities. It was registered as a World Heritage Site by UNESCO in 1996, for its historic buildings and outstanding monuments in a maze of ever-winding, cobbled streets with authentic charm. Its wealth of monumental and artistic heritage, Port Wine, great food and cultural life are just some of the reasons to visit this city. Check out our top Top 10 Things To Do In Porto.

The Church of São Francisco is the most prominent Gothic monument in Porto. The church is beautifully decorated inside and the small museum next door including the crypt is included in the ticket.

The Palacio da Bolsa is the old stock exchange building in Portugal’s business capital, Porto. Built in the 19th century (between 1842-1912) by Porto’s Commercial Association, it is a fine example of neoclassical architectural styling and sits right in the heart of the city’s UNESCO-designated World Heritage center.

This is a metal arch bridge that spans the Douro River between the cities of Porto and Vila Nova de Gaia in Portugal (There are many bars and restaurants with panoramic views of Porto from Vila Nova de Gaia). At the time of construction, its span of 172 meters (565 ft) was the longest of its type in the world. Ponte Dom Luís I is the best place to take pictures, the view from the top of the bridge is fantastic. There are pedestrian walkways on the top and the bottom of the bridge though. You should cross.

The Porto Cathedral is one of the most important tourist sights in Porto and a historical and architectural landmark of the city at the same time. The historic, fortress-like Romanesque church dates from 1110, though construction was completed in the 13th century, making the cathedral one of the oldest buildings in Porto.

Avenida dos Aliados is an elegant avenue surrounded by some excellent Neo-Classical architecture, many stores, cafes and restaurants. It is where the portuenses gather to celebrate special occasions. At the head of this Avenue is the Camara Municipal (Town Hall) and at its southern end is the Praca da Liberdade. Streets leading off the Avenue offer some of Portos main shopping streets.

São Bento station was built in 1896, but the building (designed with a French Renaissance touch) was only officially inaugurated in 1916 where a convent once stood. Around 20,000 magnificent tiles cover most of the atrium, they are the work of the artist Jorge Colaço.

The historical Bolhão Market is a two-level Partially covered food market located in a neoclassic building that was built in 1914. Whether it is flowers or fish, bread or or sweets there is a reason for everyone to make at least one stop at the market and meet the most unique characters in Porto. Go early in the morning to get a taste of local life and see the fishermen, bakers, and farmers selling selling their goods. There are also a few vendors selling handmade crafts.

Wonder in years of history between old books and an amazing architecture at Livraria Lello & Irmão, one of the most famous book stores in the world since 1881. It features a façade decorated in the Art Nouveau style with Neo-Gothic elements, a staircase to heaven and beautifully intricate wooden panels, columns and stained glass ceiling.

Foz is the most sophisticated district of porto. Here you can enjoy stunning sunsets from one of the ocean-front bars, cafés, clubs or restaurants. You can just stroll along the promenade with the locals or take a bike ride, with the beach and seaside for scenery.

The alluring district of Ribeira is formed from a network of narrow medieval streets, alleyways and crumbling ancient buildings. Ribeira literally means riverfront, and the name Cais da Ribeira refers to the district’s position right on the banks of the Douro River.