Top 11 Things To Do In Capri 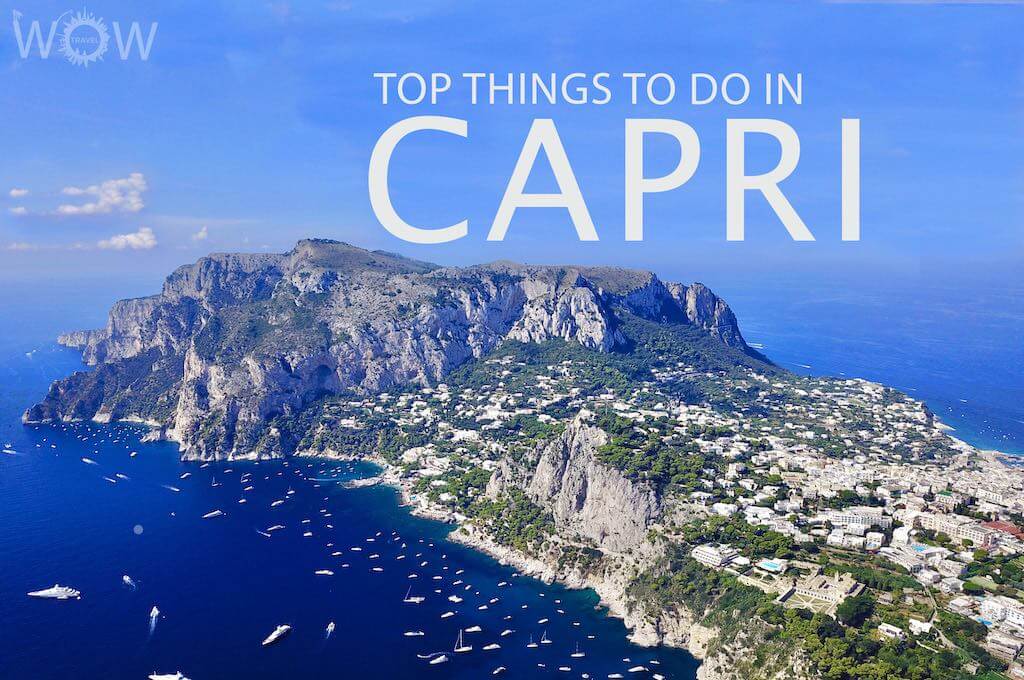 Capri, a beautiful island located in the Tyrrhenian Sea, on the south of Naples has continued to attract people from all works of life to catch a glimpse of its alluring natural endowments, upscale hotels, beautiful landscape, and great shopping. For years, it has been a source of inspiration to notable artists showcasing its designer fashions to handcrafted leather sandals and limoncello. Flanked by fascinating coastlines, a great place for the families, here are 11 things we have listed for you to do in the Island
Booking.com

Off Capri is the sensational I Faraglioni. The lovely scenery is the emergence of three mysterious rocks right from the sea. Each of the rocks is identified by a name. Faraglione di Mezzo is the piece separated from the land with a hole at the center where small boats can go through, Stella is the one attached to land and the one farthest out to the sea is called Scopolo.

Via Krupp is a pathway, an adorable architectural finish. Constructed on the 100-meter cliff drop on Gardens of Augustus, this beautiful edifice rests solidly on the rock as support. The engineering ingenuity constructed in the 1900s is made by an engineer, Emilio Mayer. Friedrich Alfred Krupp employed him to build this pathway to link his hotel to his vessel which he usually docks at Marina Piccola. The characteristic close meandering of the pathway is the attraction to this engineering masterpiece.

Constructed by Friedrich Alfred Krupp, a German manufacturer in 1900s, Gardens of Augustus is a beautiful garden elegantly finished with flower-laden terraces and adorable sculptural touch. Climbing up the gardens affords one clear view of notable sights on the island including  Marina Piccola, I Faraglioni, and Via Krupp. Vladimir Lenin is a monument that rises about 5 meters on the garden.

Arco Naturale is an iconic and amazing 18-meter natural arch that has existed on the island since the Paleolithic period. The structure of the limestone resulted from the collapse of the grotto after a landslide to form an arch-like structure. Offering a beautiful sea view of the area, tourists can assess this area on a boat tour.

Monte Solaro is the highest point on Capri Island. Rising to a height of about 589 meters, a climb on this mountain affords you to see the whole Island, the Amalfi Coast, Bay of Naples and as well the Calabria Mountains. Giving visitors the option to hike or use the chairlift, you can find yourself at the summit in no time depending whether you go via a chairlift which takes roughly 12 minutes.

Constructed by a Swedish writer and physician, Axel Munthe, Villa San Michele rests on the ruins of a Roman Chapel. Depicted as a museum and a garden, the villa features art pieces exciting relics, sculptures of Egyptian origin and the vintage period. One of such crafts is the granite sphinx. For only $16.7 you can have a good time in a concert in the garden in the evening periods.

Located in Anacapri, the Blue Grotto is a prominent sea caves on the coastline of Capri. Accessible to visitors by boat, the characteristic blue color to this cave comes from its crystal clear bright blue waters resulting from reflected sunlight. Sunlight going through an underwater cavity brings out a blue reflection on the cave when it shines through the seawaters.

Just like the Blue Grotto, the Green Grotto (Grotta Verde) can be described as a sea cave with emerald green rocks and crystal-clear waters. Located off the coast of Naples, visitors can find it a good alternative to the much-crowded Blue Grotto. The green colors of the grotto come from green lights illuminating the area from blue lights reflecting from the waters and bouncing off the yellow-colored rocks. Tourists can have a swim in this grotto unlike others in the island.

Piazza Umberto I or simply Piazzetta, is the main square of Capri Island. Referred to as the heart and soul of the Island, it is a place with 4 pavement cafes sited at its corners. Its proximity to nearby shopping streets affords tourists a time to shop, including enjoying good entertainment, a drink of coffee and enjoying a cocktail with friends.

Eco Capri is an amazing store that has a rich history on its sides. Capturing the spirit of the Cerio family, a well-known family in the Island between the 19th and 20th centuries, the store tells an exciting story about Laetitia, the grandmother of the owner and how well the grandchild has kept her creative vision going through Eco Capri. An elegant and modern styled place, all kinds of collectibles are in stock including souvenirs, household items that remind one of the Cerio families.

A popular club in Capri not far away from Piazzetta, the Taverna Anema e Core was founded by Guido Lembo, a musician in the area. Meaning the soul and heart’s tavern, the club serves as a place to relax, listen to good live music and have a drink with friends.