Top 12 Things To Do In Burgas 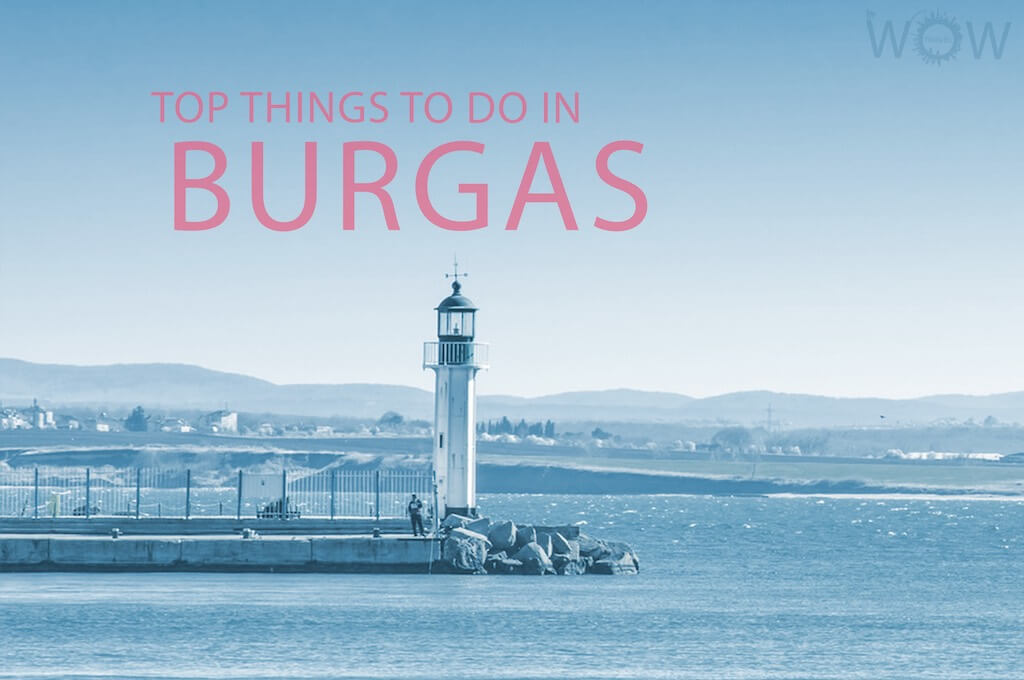 Burgas is what you can consider being the bridge between natural beauty and the modernity of the human civilization. The city is known to be the seat of Bulgarian trade, Bulgarian tourism, and Bulgarian culture. The history of the city will take you back to the times of the Ottomans under whose reign, Burgas flourished in all areas. However, it’s only in the 20th century that it became an important part of Bulgaria, having the largest port, the second most important airport, a plethora of fishing centers and tourist spots. Tourism is definitely a thriving industry in Burgas, thanks to the geographical location of the city and the ambiance which act as a perfect lure. Starting from sandy beaches to humongous lakes, urban structures, and piers, so many immaculate sites are there in Burgas which you would never want to miss. So, if you are planning a tour to Burgas, here are some of the best things you can do.
[booking_product_helper shortname=”burgas”]

The presence of brine shrimp in microscopic size makes the lake water pinkish in color, thereby making the lake famous by the name of ‘pink lake’. The lake covers half of the wetland area in the outskirts of the city. Most of the tourists visit the lake because of the medicinal properties of the mud to take a bath in it. It is said that the mud has healing properties, thus giving your body aches a relief.

Aquae Calidae has been in the area since the sixth and the fifth millennia BC. However, the baths were probably built during the Roman rule in the first century AD. The entire area has several natural and artificial hot water baths and spas for the relaxation. But that’s not everything about the place. The entire history of the place is told in a 3D style, making sure that the tourists know about the “Sanctuary of the Three Nymphs”.

Spanning across a length of nearly three hundred meters, this artificial old-house structure is one of the famous tourist spots. It starts from the coastal land and moves into the Black Sea, giving you an impeccable view of the ocean waters. The artistic view of the horizon is said to be the best view in entire Burgas and that’s why most of the tourists visit this place in the evening or at the time of dusk.

If you want refreshment amidst nature, then no place will be as good as the Sea Garden. Spread over an area of around eight hundred decares, this garden is covered with various species of plants and shrubs, making it look like a green spot just by the side of the blue waters of the Black Sea. As the garden area is located on the coastal line of the water body, you can have an artistic view of the seawater.

This is an off-shore island come resort, albeit an exclusive one located around 6.5 kilometers away from the mainland of Burgas. Over the years this place has become one of the best tourist attraction sites, thanks to the amazing sites within the islands. A lot of mysterious pirate tales are there which you can enjoy while being on the island. There is a small monastery also, with five rooms. The island is made from volcanic lava and is one of the largest Bulgarian offshore islands.

Poda is known to be the best spot for bird lovers owing to the ambient location of this protected land. Located on the Black Sea coast, this wetland type area is surrounded by the three Burgas lakes- Vaya, Mandra, and Atanasovsko. Here, you will find both the migratory avian species along with the breeding species. 256 species of birds have been reported to be here in this.

Sozopol is another famous tourist attraction which will tell you the stories from the time of seven thousand years ago. Located at a distance of 35 kilometers from Burgas town, this old town has a lot to offer to the tourists. There are so many excavation sites that at the end of the day, you won’t be able to walk properly. There is a humongous castle on the island, the Castle of Ravadinovo, which will offer you an insight into the medieval architecture and its beauty.

Another offshore Burgas attraction is St. Ivan Island located close to the old town of Sozopol. The history of the place will reveal you the Roman and the Thracian era which predominated the Bulgarian land once upon a time. In 2010, the remains of St.John, the Baptist was discovered from the excavation sites at the island. There is a small monastery dating back to the 4th century, thus giving you a perfect insight into the history of the place.

Nessebar is another famous tourist spot in Burgas, being listed as one of the famous UNESCO sites. The old town is more famous as you will dwell upon the rich history of the place without any type of restrictions. A number of amazing churches line up the corners of the old cobblestone paths going within the city. The wall architecture will remind you of the Byzantine times. The fortresses here date back to the Roman era, thus providing an exciting tourist site.

If you are a peer of history and would like to witness the early Bulgarian empire, then visiting the famous Markeli Fortress is a must. Located around 4.7 miles away from the Burgas province of Karnobat, this is one of the most visited sites, thanks to the incredible historic tales associated with the fortification. The fortress has witness two massive historic battles between the Byzantines and the Bulgarians. The architecture dates back to the Late Antiquity period, as seen from the crushed stone walls and rows of bricks intertwined together.

Deultum is an ancient Roman village located along the Mandrovska Lake, at a distance of twenty kilometers from Burgas. The Romans settled in this area around 70 AD and it was only in the second and third century that the village reached the zenith of its prosperity. At present, only the ruins remain, making this village a rich archaeological site. The entire village has twenty-five main areas, some dating back to the Bronze Age while some dating back to the Medieval period.

Located in close vicinity with Turkey, this natural park is the beacon for the tourists, thanks to the amazing natural beauty of the place. The entire park is situated within the low mountainous area, which has hidden villages behind the picturesque of the forests. Lots of tales dating back to the Late Antiquity period can be heard in the villages. Many archaeological places are there to visit like the sacrificial altars, sanctuaries dating back to the Thracian era, and even the dolmens.