Top 12 Things To Do In Haarlem 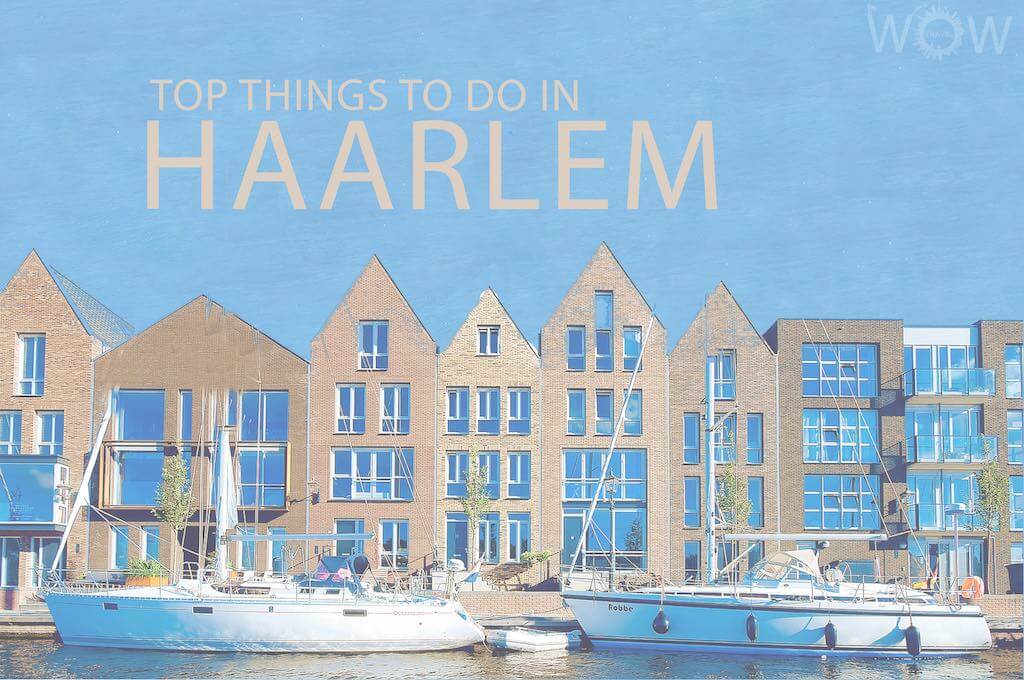 Located in close proximity with Amsterdam and the North Sea, Haarlem is the capital of North-Holland. This second oldest Dutch town is located at the middle of the Bollenstreek, which is the nurturing land of hyacinths, crocuses, tulips, and daffodils. So, the artistic beauty of the place is not questionable. Apart from this, the city has its roots embedded deep down in the pages of the history from the 13th century, where it was considered to be the seat of the Counts. Later, Haarlem became the trade link between the North Sea and Amsterdam for linen and silk. Despite the downfall of the trade, Haarlem continued to become prosperous. And now, in the 21st century, it is one of the most important cosmopolitans in the Dutch land and an amazing tourist destination. So, if you are planning to visit Haarlem and revel in its historical culture and geographical beauty, then here are the top 12 places that you cannot certainly rule out from the list.
[booking_product_helper shortname=”haarlem”]

Grote Kerk is undoubtedly the most amazing building in the entire Haarlem. This cathedral is located at the center of the main city market, standing proud and showcasing the amazing architecture from the time before the Reformation. In the 14th century, the construction of the Gothic-styled cruciform basilica was started, along with the choirs. Three Dutch warships stand proudly in front of the old chapel whereas paintings of the Apostles and the doctrines are highlighted on the piers of the choir and the towers.

This is one of the oldest city gates standing in close vicinity with the Spaarne River. This was the protection fortification for Haarlem during the 17th century. Though it was in a very bad shape towards the end of the 18th century, renovation works have made this completely new. Under the archway, you can see the main structure of the city gate.

Proveniershuis was the city area with the old buildings which were occupied during the 17th and the 18th century mainly. On both the sides of the main street, there are almshouses which once were the residential places for the poorer citizens of the Dutch community. During the early years, the area was occupied with the city folks including the nuns, the merchants, and even the guildsmen. It’s definitely one of the best areas to understand the town culture of old Haarlem.

Western Europe is religiously famous for the outstanding structures of Roman Catholic churches and St. Bavo Cathedral is one of them. Built between 1895 and 1906, this cathedral church is pretty younger in age and delineates the transition from the traditional to modern day architecture. There is the Willibrord Organ which was built in 1923. 75 stops are there in this spectacular musical instrument along with the four manuals. Some of the artistic views of the church include the stained glass, paintings drawn by some famous Dutch artists, and the Cathedral treasury.

Nieuwe Kerk is the next youngest Church in the city of Haarlem, dating to the time between 1645 and 1649. The view of this structure is amazing, with the clear blue sky acting as a shed to the clock tower. This tower dates back to the time of Renaissance as it was added to the main church’s structure in 1795. The main attraction inside the church is the tomb of William of Orange which was constructed in 1614. The architecture of the tomb is Baroque, designed by Hendrick and Pieter de Keyser. Just by the side, in the churchyard, you will find the graves of Jacob van Ruisdael and Philips Wouwerman, the famous Dutch painters.

The Netherlands is a country where you can have spectacular views of various windmills dating back to the 14th and 15th centuries. This windmill, however, is one of the famous landmarks in Haarlem, thanks to the outstanding location of the structure by the side of the Spaarne river. Moeln De Adriaan was initially constructed in 1778 for milling grains but in 1938, this was reconstructed. So, what you will see today isn’t the original structure dating back to the 17th century.

Haarlemmerhout is one of the best natural places in Haarlem where you can bask in the presence of the trees and their warm glow. Build in the 1500s, this natural park is the oldest one and stretches over a long area, giving you the opportunity to enjoy strolling around along different trails. Apart from nature’s picturesque, you will have the opportunity to view some of the historic landmarks. Laurens Janszoon Coster monument is one such historical architecture which you will find in this natural park.

Bloemendaal is one of the best picturesque areas within a few meter radiuses from the central Haarlem. Here, the terrain is slightly uplifted as compared to the surrounding areas. The main attraction is the line of the villas whose architecture dates back to the 19th century. A village is an ideal place for having fun and relishing the culture of the countryside. Just along the coastal line, there is the famous Bloemendaal Aan Zee seaside resort which gives you the perfect view of the golden sand dunes, seaside food stalls, and the North Sea.

Grote Markt is one of the major attractions of Haarlem, where you will find only the cafes and the shopping market but also some famous architectural structures. Grote Kerk and Town Hall are the main two attractions of the area, standing opposite to each other. Apart from these two structures, you can visit the Guard House which is one of the oldest structures constructed in Haarlem. Vleeshal is the meat hall which was built in 1603 and was the municipality’s slaughterhouse.

Teylers Museum is the oldest one, constructed in 1778 which other branches are in Oxford, London, and Paris. In this museum, you will find a wide collection of Dutch paintings and drawings. Apart from this, there are figure studies about the Sistine Chapel, the paintings from Raphael, and other things like fossils and minerals.

Located just 5 kilometers west of the main city of Haarlem, this national park occupies a total area of 3800 hectares in the Dutch coastal dunes. On the western side of the boundary, you will find a huge golden sand barrier that is standing there for the past thousand years. The park is mainly the habitat of Corsican firs and low-lying bushes down the valley.

It is one of the oldest churches in Haarlem, which was built in the 13th century. William II of Holland founded this church as a famous seat for the archaeological teams in Haarlem. The humongous white sandstone tower standing proudly on top of the church was added in 1520.