Top 12 Things To Do In Maputo 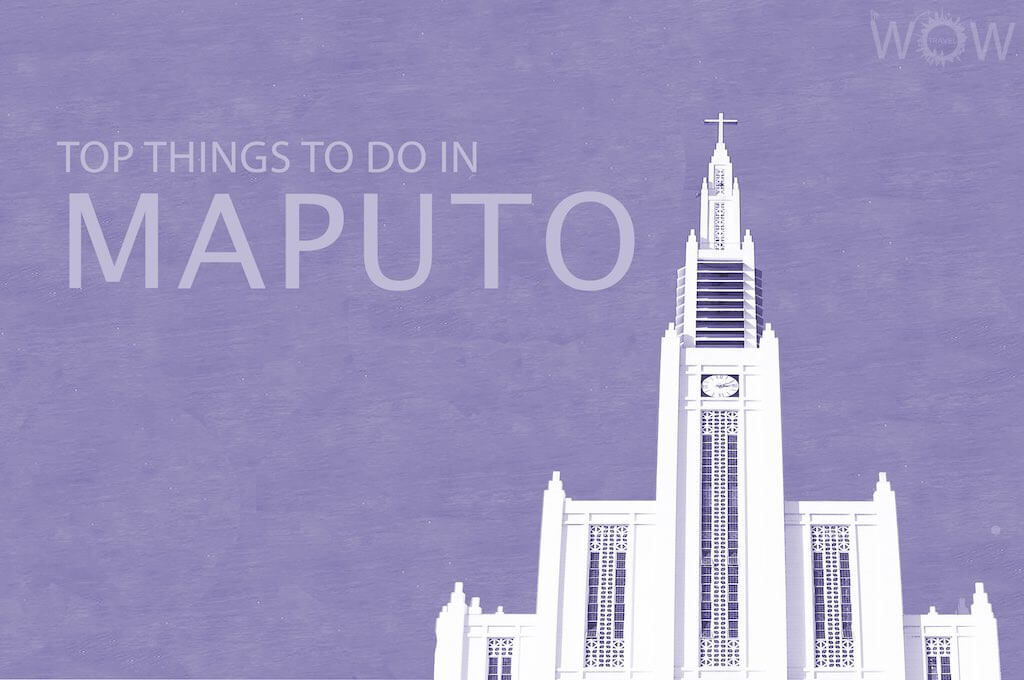 The port city Maputo distinguishes itself to be one of the most eminent landmarks of Portuguese colonial architecture in the continent of Africa. Located in southeast Africa and guarded by the Indian Ocean in the east; the city happens to be the capital of Mozambique. Swept by the Maputo bay along with three river confluences, Maputo presents the perfect amalgamation of beach sceneries, art, architecture and modern city attribute to its visitors. With nearly 1.8 million tourists (and growing) from different parts of Asia, Europe, and Africa visiting the port city all the year-round, Maputo can certainly be the perfect destination for one’s all-inclusive luxurious vacation! Here are the top 12 picks from the ‘to do’ list at Maputo.
[booking_product_helper shortname=”maputo”]

An 18th-century fortress evidences the first of the Portuguese colonial fortification to resist the commercial rivals Austrians, English, Dutch and French traders. The fortress is the emblem of the national history of an indigenous uprising against colonial oppression of the Portuguese colonialists. The fortress is hence marked as the Fortress of Our Lady of Conception. Earlier it was a museum; however, space is now being used for cultural and art exhibitions as well as musical performances.

One of Maputo’s curious historical vestiges happens to be the Iron House built by famous European architect Gustav Eifel in the late 19th Century. Despite the grandeur, the logic for construction of the house is difficult to fathom since the iron walls and ceilings make it hot from inside to reside. Nevertheless, history and uniqueness make it difficult to ignore. It is encircled by wide avenues guarded with palm and jacaranda trees, enhancing its grandeur.

Popularly known as the Cathedral of Our Lady of the Immaculate Conception, the Roman Catholic cathedral is located downtown at the famous Independence square. It was constructed in the early 20th century. The cathedral was designed by one of the famous Portuguese civil engineers Marcial Costa. The architecture is inspired by cheap yet firm French concrete architecture of the twentieth century and has a strange fusion of Roman castle design and French Cathedral designs.

Maputo is famous for its best kept secret beaches and majestic coastlines. Swept by the Bay, the beaches will certainly have a tranquilizing effect on visitors. Beachside eco camps, eateries and the unkempt sand dunes caressed by the cool sea breeze will certainly enrich your soul. One might simply consider an enchanting lazy walk in soft linen past the indigenous boats popping here and there.

It is a public square and the heart of Maputo City marked by the Independence of Maputo. The square has witnessed the phases of the history of Maputo from a Portuguese colony to a modern independent city. The famous statue of Samora Machel, the first president of Mozambique is located at the square. The other places of tourist interest like the iron house or the Maputo’s cathedral are located just off the square

CCFM is one of the celebrated cultural forums with bi-national status. The mandate of the center is to celebrate cultural diversity through acts, performances and vocational activities. The mandate is cultural diffusion and admixture of French, francophone and Mozambican cultures. It’s a novel center to showcase the talent of Mozambican artists. One might add this to the bucket list to witness the subtle infusion of cultural integrities.

It is the oldest and stunningly immaculate place for Islamic worship located in the old part of the city. The construction dates back in the late nineteenth century by the Islamic worshippers of Maputo who has migrated from middle-east and northern Africa. The architecture follows the blend of Arabic and Persian forms; however, the overall look is unique. There is a broken well crafted arched gate at the entrance which adds to the antiquity.

Maputo’s museum of natural history will definitely quench the inquisitiveness of travelers regarding Maputo’s wildlife, inhabitants, their lifestyle and traditional craft before the colonial settlements. The museum is open from 8.30 am to 4.00 pm daily for visitors. It has preserved indigenous and extinct animals, out of which, a preserved elephant foetus attracts tourist attention the most. Other displays include crafts, weapons, and accessories made by the indigenous people. Different type of boats made from tree-barks is of special significance.

It’s Maputo’s very own botanical garden designed and built in the late nineteenth century by English gardener Thomas Honney. It is also a center for the Tennis Federation. The place houses unique Savanna plants, magnificent bush flowers, Mozambican short trees and a wide variety of acacias. Though small, the place is well maintained, peaceful and deserves a visit. The bats hanging from trees add to the wilderness.

Museu Nacional de Geologia or the Museum of National Geology is maintained by the National Department of Geological direction, Government of Mozambique. It is a modern version of an extinct colonial museum of Museum Freire de Andrade and precedes its heritage. The museum showcases the country’s mineral wealth. The great gold rush in South Africa resulted in the unearthing of valuable minerals of the region, which are on exhibition here. The valuable minerals call for an addition of the place to the bucket list.

It is the attribute of modern Maputo city with all commercial facilities on the store. It is a happening mall with dress stores, shoe stores and showrooms of sports gear, stationeries, gift items, electronics of local and international brands and a lot more. There are moderate and economic hairdressers available here. The place also has family restaurants, movie theatre, and an outdoor plaza. Certainly, it is the one-stop destination to suffice all the needs of a tourist.

The reserve is a must to add to the bucket list owing to the stunning experience of African safari through the savanna grasslands. It offers exquisite exposure to an elephant safari. There are over 450 elephants around the reserve. The reserve also houses some rich wildlife comprising gazelle, impala, zebra, hippos, giraffe, etc. If one is lucky, the serene diversity in the wilderness will be evident and shall persist to be an everlasting memory.