Top 12 Things To Do In Puerto Vallarta 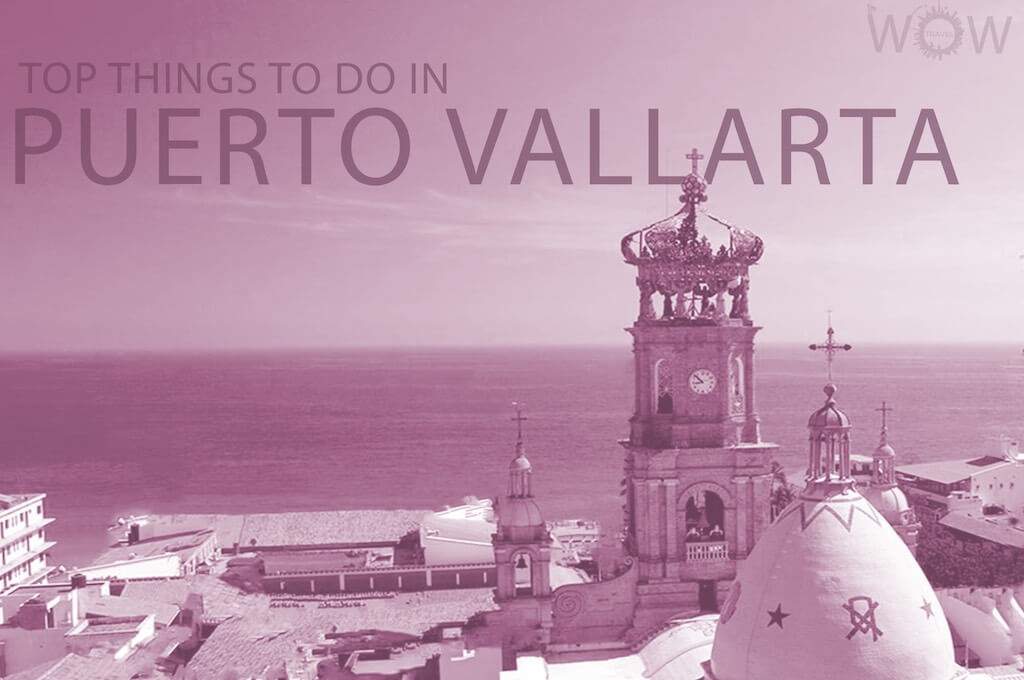 Mexico is the third largest country in the Northern American continent, attracts a lot of tourists every year. Mexican cities are considered to be the gateway to a more free and relaxing world of blue waters and palm trees. This is why perhaps Puerto Vallarta is so famous all around the world. No matter if it’s the summer season or the chilly winters, PV always remains the first vacation option for those who want to revel in the spectacular beauty of the Pacific Ocean’s Bahia de Banderas. Puerto Vallarta’s main attraction is the coastal area, which is like a haven for so many. There are some isolated areas also where couples of the same sex can enjoy themselves to the fullest. Apart from this, being a coastal city, Puerto Vallarta offers you the dazzling natural beauties that will teleport you to a land of paradise. So, let’s explore the hidden gems of PV and what are the treasures of this Mexican coastal city.
[booking_product_helper shortname=”puerto vallarta”]

As the name sounds, this place is perfect for the LGBT community who wishes to escape from the hustle-bustle of the city and spend some quality time in solitude. It is the old part of the modern-day Puerto Vallarta, and hence, there is a strange essence of nostalgia lingering in the air of the place. A walk around the area will take you over the Cuale River, which offers a fantastic view of the place.

Spread over an area of 64-acres, the garden will give you a glimpse into the tropical fauna kingdom which is native to the land of Puerto Vallarta and also the exotic species collected from all around the world. However, the garden authorities focus mainly on the orchid species, and it’s conservation. There are more than 6000 Blue Agapes, 1000 tabebuia, and mahagony, and many different oak plants have been planted and cultured to increase the greenery in this garden.

Church of Our Lady of Guadalupe

The clock tower of the Church is the only skyline architecture which creates an embellished silhouette on the downtown PV. The ringing bells of the Church can be heard even from distant places, which only heighten the sensations of this holy place in the middle of the city. The construction of this iconic landmark started in 1903, and by the end of 1917, it was completed. The architecture of the Church gives a highlight into the old culture of Puerto Vallarta.

Los Muertos Pier was opened for the public sight on January 4, 2019, and since then it has become a remarkable sight in Puerto Vallarta. Not only the pier is attracting hundreds of tourists each month but also is being considered to be a masterpiece of José de Jesús Torres Vega, an award-winning architect. This new pier is 200 feet high, offering a spectacular view against the vast stretch of blue waters of the Pacific Ocean.

South of the Banderas Bay is the protected area of the Los Arcos marine park, which gives a clear view of the marine lifestyle of the ocean. There are a very few granite-based islands protruding from the water surface, which makes the visit to this national park more exhilarating. There is more than one arch under which one can sail and even swim while taking in the breathtaking view of the curved terrain. Also, you will find a reef, with some deep underground tunnels.

Islas Marietas National Park is a significant part of the Marieta Islands. Not only the park gives you an impeccable picturesque of Puerto Vallarta but also gives you a chance of discovering some unusual wildlife species. It is one of those places where you can revel in the hidden beauty of the sea lifeforms and their habitat. After all, a visit in the winter season will give you the chance to witness the glory of the humpback whales.

Another noticeable area in Puerto Vallarta is the ‘El Salado’ which is an urban settlement but who can ignore the earthy scent of the marshy mangrove vegetations and the deciduous plant covering most of the area. The place is connected directly to the ocean via a wide channel. You can see a lot of migratory birds in this area, thanks to the favorable natural habitats. The lot of river crocodiles dominates this area, along with other reptilian and mammalian species.

La Santa Maria or ‘the Holy Mary of the Immaculate Conception’ is known to be the very first flagship of the voyage of the famous Christopher Columbus during his sail to America. The ship was first introduced to the waters in 1575 by Juan de la Cosa. He and his crew called the ship to be Brave Maria, and so is the name Marigalante. This pirate ship offers a clear insight into its history, thus making itself an iconic landmark of Puerto Vallarta.

Located in Isla de Cuale, this place offers firsthand insight into the history of ceramics. The building was first opened by the National Institute of Anthropology and History, and since then, it has always provided notable glimpses of the cultures of the migrant tribes who inhabited the Mexican land from 5000BC to 2000BC. There are some auspicious looking pieces of potteries, tools, art pieces, and many others which will show you what Mexico used to look like in the earlier days.

Quimixto is what you can say to be a quaint place for fishing adventures. Located a little far away from the mainland of Puerto Vallarta, this place is ideal for a one-day gateway, where you can enjoy both the crispness of village life and the gusty winds of the wide-open ocean. The roads within this village are like transition architecture, built partly with sand and partly with cobblestones. The main attraction of this village is the waterfall which isn’t quite high but albeit voluminous.

Just located at a distance of 25 miles from the central city of Puerto Vallarta, this small surfing town welcomes all those who love to take challenges and face the crashing sea waves. But yes, if you want to visit this place, make sure you know surfing and how to balance yourself on a paddleboard. The view of this city is incredible, thanks to its ambient located at the foothills of the Sierra Madre range. A lot of water-based sports and activities are quite popular here, and hence you won’t even know when the time has passed by.

If you are tired of the usual monotonous life and want some adventure, then the Los Veranos Canopy Tour is the perfect thing you have got up in your sleeves. This is the first Mexican tour where you will glide across the fifteen ziplines at a speed of thirty miles per hour over the Orquideas River and the lush green canopy lands. In the end, there are two parallel zip lines that will allow you to race with each other. So, what are you waiting for? Book one of the best hotels in Puerto Vallarta today!