Top 12 Things To Do In Tangier 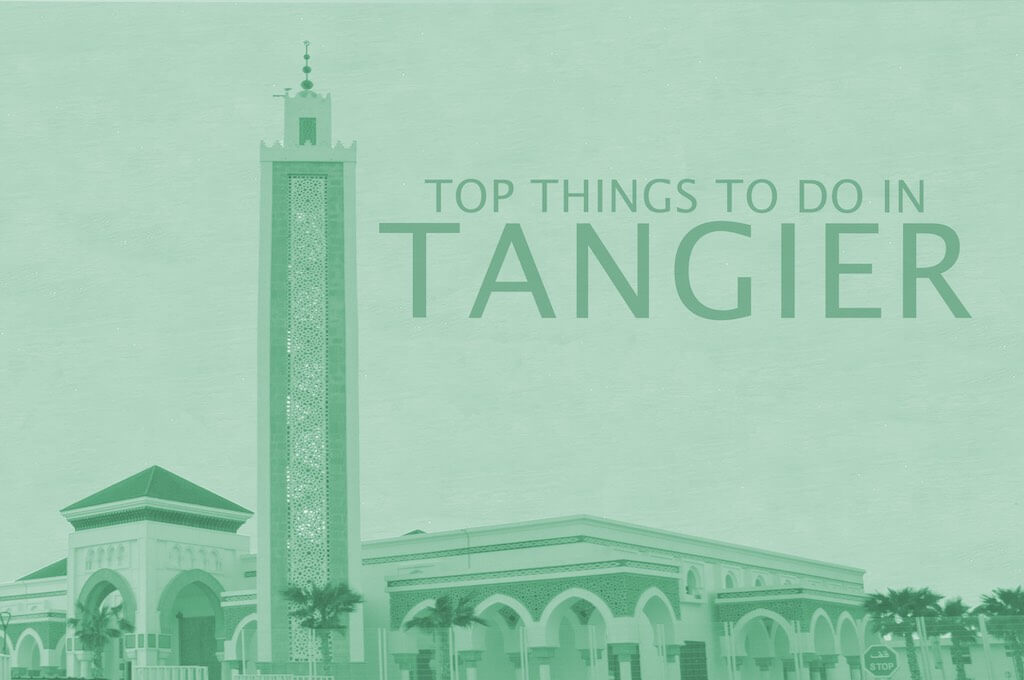 The historic city of Tangier in northwestern Morocco has had a rich and varied past. From being a strategic Berber town and Phoenician trading center to the rather seedy repute it had garnered in the 20th century, Tangier has probably seen the best and worst of humanity. During its time as a semi-independent international zone, it attracted all kinds of people; from spies, artists, and writers to the more eccentric foreigner. Europe‘s gateway to Africa soon became notorious for its sleaze and debauchery especially the medina with its winding passageways. Today, however, the Tangier of those times is hardly visible under the rapid development that is taking place in the city. The city glistens with newfound confidence and the cultural life of Tangier is witnessing a revival of sorts.

The old city of Tangier is a labyrinth of alleyways flanked by residential and commercial establishments. Contained within the walls of an old Portuguese fortress, the medina is a traveler’s delight. Glimpses of the city’s rich past are visible inside the medina with historical buildings and old residences dominating the area. It was once the favorite haunt for hippies when the city was a part of the ‘hippie trail’ in the 1960s and 70s.

The northern section of the medina is dominated by the 17th century Kasbah which was once the residence of the Sultan. A large courtyard leads to the Dar el-Makhzen Palace which now houses the museum. Located within the Kasbah is the old city as well as a number of iconic cafes and hotels. An interesting establishment is the Detroit Palace located in the tunnel passage of the Kasbah. The Hotel Continental which overlooks the ocean is one of the oldest hotels in Tangier. Read more about it on our list of best hotels in Tangier.

The former sultan’s palace, Dar El Makhzen sitting high up overlooking the medina, now houses the Museum of Moroccan Arts and the Museum of Antiquities. The palace was built over the ruins of an English castle in the 17th century when Sultan Moulay reigned over the region. It was also the final home of the last Sultan of Morocco who was exiled to this palace when he was forced to abdicate. The museums give visitors a deeper insight into the complicated and tumultuous history of the region from prehistoric times to the 19th century. A life-size model of a Carthaginian tomb is also on display at the museum and a world map from 1154 made in Tangier.

Although the Tangier beach is pretty clean, it’s not a good idea to venture into the water as it’s quite dirty. In its heydey, it was one of the world’s most famous strips of sand because of its literary residents, but today you can enjoy a quiet stroll along the corniche from the new marina.

Housed in a tasteful five-story mansion, the American Legation Museum is definitely worth a visit. In 1777, Morocco was the first country to recognize the United States as an independent nation, and hence this property was the first that America ever owned outside the continent. It also has the distinction of being the only National Historic Landmark of the United States on foreign soil. The museum has some interesting artifacts on display like a letter from a US consul who had been presented with two lions as a diplomatic gift. There is also an impressive display of paintings that provide visitors a glimpse of Tangier’s past through the creations of the artists.

12km west of Tangier is this beautiful promontory which marks the most northwestern point of the continent of Africa. It is also the place where the Atlantic Ocean and the Mediterranean meet. The cape which is at a height of 1,000 feet above sea level was built by Sultan Muhammad III in 1864. The lighthouse too was illuminated for the first time on 15 October 1864 and continues to guide navigation by sending out four white flashes every 20 seconds. Visitors can avail of some spectacular views of the ocean from the lookout near the lighthouse.

The Anglican church which was completed in 1890 on land granted by Sultan Hassan I to the British community was rebuilt in 1894 to accommodate a larger congregation. It is an interesting place to visit because of its interiors which are a fusion of various styles, most notably Moorish. The altar has the Lord’s Prayer written in Arabic script over it and a cleft behind the altar also shows the direction of Mecca. Other influences of the Fassi style are visible throughout the interior with even carved quotes from the Quran and a belltower shaped like a minaret. A walk through the adjacent cemetery will reveal the names of some of the prominent figures that are buried here.

This archaeological cave complex is located about 14 kilometers west of Tangier in Cape Spartel. Steeped in myths and legends, the cave is said to have provided refuge to Hercules during his conquest of the three golden apples. Another popular tale is of that the macaque monkeys at the Gibraltar rock used this as a passage from Africa. There are two openings to the cave, one from the sea known as ‘the map of Africa’ and the other from the land. Part natural and part man-made, the cave was used by the Berber tribe to cut stone wheels from the walls.

Officially known as Place du 9 Avril 1947, this palm ringed plaza with a central fountain is a popular place for locals to spend some leisure time. The area around the cobblestone circle was once a bustling market but today it is the last stop for taxis, the point where the modern blends into the old. The Grand Socco which is the entrance to the medina is liveliest in the evenings when vendors converge here. Climb to the highest point the Terrasse des Paresseux (Idler’s Terrace) across from the police station to get one of the best views of the surroundings.

Another place to feel the local vibe over a cup of mint tea is the Petit Socco (Little Square) located in the medina. It was once the most infamous of the crossroads of Tangier, where drug dealing and prostitution was the norm. Today the freshly painted facades of the square attract many locals and tourists. It’s a place where you’ll find old men lost in a game of backgammon whilst they sip numerous cups of tea.

The tomb of the greatest traveler in recorded history, Ibn Battuta, is a small room at the heart of the medina. Although there’s not much to see at the tomb, getting there is the fun part. A 15-minute walk from the Petit Socco through narrow streets and passages brings visitors to the final resting place of the great traveler who surpassed Marco Polo in his travels. Ibn Battuta was a judge and a scholar who left his home for a pilgrimage to Mecca in 1325, only to return almost 30 years later after having traveled through an extensive region from Western Africa to China. He even visited Russia, Central Asia, and Sri Lanka during this 30-year sojourn. His travels have been recorded in a book of adventures ‘Rihlat Ibn Battuta.’ To get to his tomb just follow the signs located on the top of the walls of a few houses in the medina.

The fortified town of Assilah which has a history that dates back to 1500 BC is about an hour’s drive away from Tangier. A popular seaside resort, it was occupied by the Portuguese and Spanish at different points of time. The old town has a distinctive Mediterranean feel with its pretty white and blue houses. Wealthy Moroccans and Spaniards have their holiday homes here. The Spanish influence on the town is apparent in the cuisine served at the restaurants lining the shore. You can indulge in rioja, tortilla, paella or the fried seafood that the town is famous for.