Top 9 Things To Do In Sri Lanka 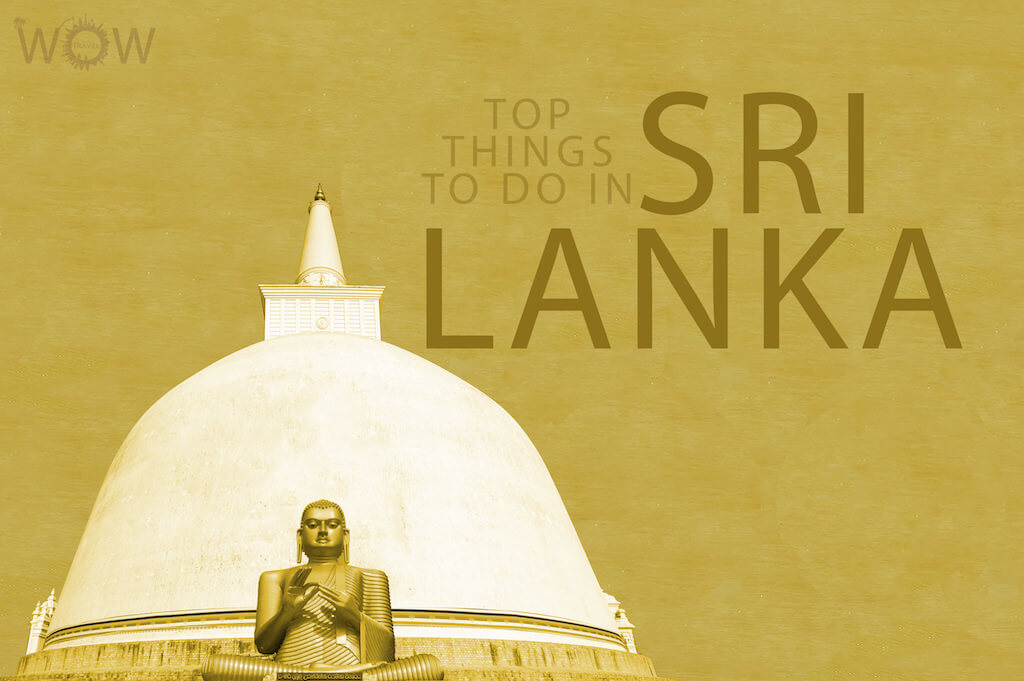 Home to  8 UNESCO World Heritage sites, Sri Lanka is a tiny island nation south of India in the Indian Ocean. A rugged land of misty mountains and rainforest, golden beaches and diverse wildlife with mighty elephants, stealthy leopards and giant whales. Marco Polo described it as the finest island of its size in the world, and we couldn’t agree more. Check out our list of the Top 9 Things To Do In Sri Lanka.

Kandy, the last royal capital of Sri Lanka is a major tourist destination with so many things to do. Apart from the famous Botanical Gardens and the colorfully entitled Temple of the Tooth, one of the most sacred sites in Sri Lanka, Kandy is home to the country’s largest Peraheras. Kandy Perahera, the pageant of the temple of tooth where Buddha’s tooth is kept is held either in July or August each year to parade the golden caskets is a must see. The final night procession is the most spectacular event of the country. More than 50 elephants parade the city accompanied by drummers, dancers and chieftains. Interested? Check out our list of top things to do in Kandy to find out more!

Golden Temple of Dambulla is a monastery built within the walls of a cave, it is one of the best-preserved cave-temples in Sri Lanka. This fascinating cave complex contain 157 statues and the country’s finest collection of Buddhist mural paintings. It has been a sacred pilgrimage site for more than 2,200 years.

Polonnaruwa was the second capital of Sri Lanka after the destruction of Anuradhapura in 993, which was plundered, made desolate and laid hopelessly bare to the invading armies from South India. Visitors today can witness the huge reservoir as well as the ruins of vast monasteries, ornate temples, stunning palaces and wonderful Buddhist statues.

Take in the urban buzz of Colombo, Sri Lanka’s capital city. From the mass of historic buildings, which reflect the country’s rich colonial past to the thriving atmosphere of Pettah, with its open-air bazaars and markets. Absorb the vibrant atmosphere of this eclectic city, where sacred temples, mosques and churches exist alongside glitzy shopping malls. Walk along tree-lined Cinnamon Gardens or head to the energetic and modern Galle Road, which provides a fantastic contrast to the rural countryside that you’ll see elsewhere in Sri Lanka. Source: britishairways

Yala National Park is the most visited and second largest national park in Sri Lanka. The park is best known for its variety of wild animals, with a leopard density that’s higher than anywhere else on this planet. It is important for the conservation of Sri Lankan Elephants and aquatic birds.

Adam’s Peak is one of Sri Lanka’s most popular pilgrimage sites. The 15 km (9.3 miles) round trip to the Buddhist temple at the top will reveal you the island’s most magical views.

Situated in the North Central province of Sri Lanka, the sacred city of Anuradhapura, now in picturesque ruins, was once a major center of Sri Lankan civilization. It lasted nearly 1,500 years from 380BC. This city is home to many of the earliest grandest monuments of Sri Lanka. A popular destination of Sinhalese Buddhist’s pilgrimages because of its many remains from palaces, temples, monasteries, ceremonial baths, the temple of the holy Bo-tree and other historic monuments and buildings.

The Pinnawala Elephant Orphange is a sanctuary for over 80 retired, abused or orphaned elephants, making it the largest herd of Asian elephants in captivity, in the world. Visitors can experience watching the elephants being fed and bathed at close quarters, or perhaps even get close enough to feed an elephant themselves.