Top 5 Things To Do In El Salvador 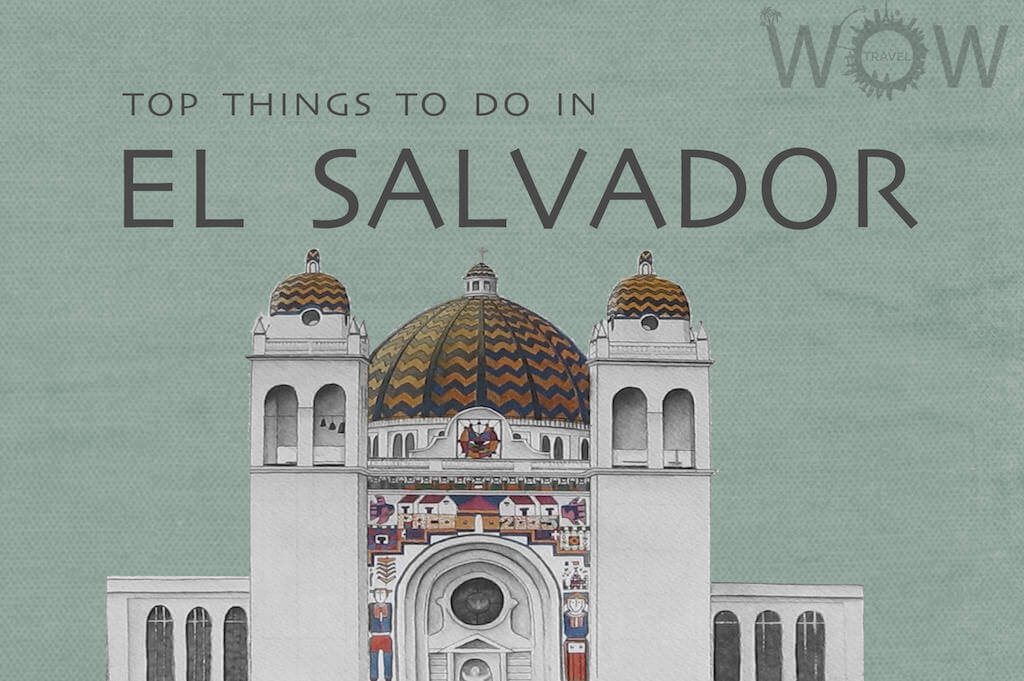 El Salvador is the smallest country, in Central America. It is bordered by Guatemala and Honduras and has a population of just over 6 million, of which nearly a third live in the capital, San Salvador. This small Central American country does not receive the attention it deserves, it has a stigma around it due to the Civil war and it’s gangs. However, El Salvador is friendly, non violent, fun and truly a safe place to visit. Check out our Top 5 Things To Do In El Salvador.

Nestled in El Valle de las Hamacas (The Valley of Hammocks) and surrounded by active volcanoes, San Salvador is the largest city in El Salvador, the capital and the main tourist hub. Visit the its many museums and cultural sites, the main cathedral of the city, Cathedral Metropolitana de San Salvador, whit its colorful dome or walk around the Jardin Botánico La Laguna, a drained swamp that was a volcanic crater.

Suchitoto is an historic colonial town in the central part of El Salvador with cobblestone streets, colonial houses, rich cultural traditions and Suchitlán panoramic lake views. It offers a variety of amenities, including hotels and restaurants, museums, art galleries and great nightlife. In this rural area, you will find natural and historic treasures and numerous opportunities for exploration. Suchitoto´s central location makes it the perfect choice to use as a base to discover the many beautiful places that El Salvador has to offer.

Playa El Tunco is a little surf village in El Salvador and one of El Salvador’s most popular tourist attractions. It’s 35 km (22 miles) from the capital San Salvador. El Tunco sits along the country’s rocky coast above the smash and grind of the Pacific. It has a bunch of little hostels and hotels, a dozen bars, good food and many surfers comes here all year around.

The epicenter of surfing here is the port city of La Libertad and the surf spot Punta Roca. Punta Roca is one of El Salvador’s best kept secrets with its miles of beautiful beaches. some of the best surfing spots in the world are located here. If you’re not into the water, stroll down the boardwalk and visit the restaurants, the amphitheater, and the little shops along the wharf.

Volcanoes are a prominent feature in El Salvador’s landscape. The Parque National Cerro Verde, west of San Salvador, offers spectacular views over the Izalco and Santa Ana volcanoes and the waters of the Lago de Coatepeque. In the South is a smattering of villages, the Ruta de las Flores, which offer a good base for those wanting to hike in the neighboring volcanic range. Source: the-backpacking-site