Top 8 Things To Do In Honduras 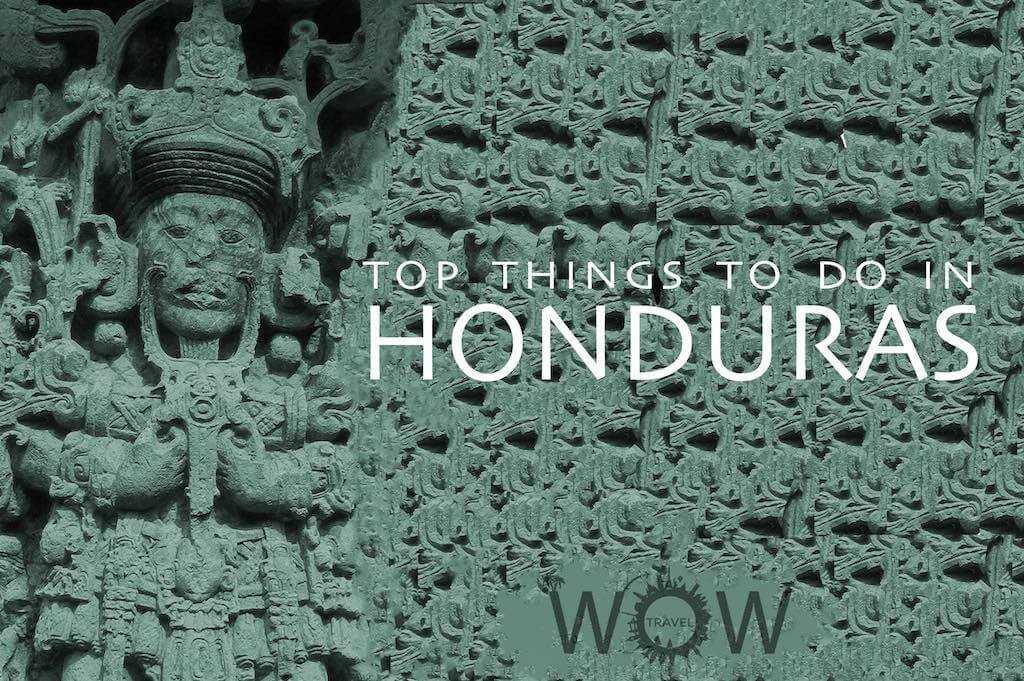 Located right in the middle of Central America, Honduras is a vibrant country with authentic cultural heritage and the friendliest people in Central America without a doubt. It has the world’s second largest coral reef, filled with clear turquoise waters, pristine beaches, national parks with lush rainforests, breathtaking mountains and well-preserved Mayan ruins. Honduras might not be as well-known as other countries in Latin America, but it offers enormous tourism potential, just waiting to be discovered. Check out our Top 8 Things To Do In Honduras.

Once used as a haven for pirates, the protected territory around Punta Sal is today a popular place to encounter the natural beauty and wildlife of Honduras. Amid diverse landscapes of sandy beaches, mangrove swamps, rainforests and coastal lagoons. Tourists here can see a wide variety of wildlife species like tropical birds, sea turtles, dolphins, manatees, crocodiles, monkeys and boas. The reserve also features a traditional village of thatched huts where visitors can learn about the local culture. Source: touropia

Roatán is the largest of the Bay Islands, lying just over 48 km (30 miles) from the northern coast of the Honduran mainland. Roatan is known around the world for its scuba diving. The reef surrounding the island attracts beautiful tropical fish and snorkellers alike. Dive attractions include sea walls, shipwrecks, a submerged airplane, and night diving. Sea turtles, dolphins, and whales swim in the waters of Roatan. Parrots, iguana, and monkeys live in the wild on this tropical island. An iguana farm east of French Harbor provides a refuge for thousands of iguanas and is open for tourists. During crab season, island blue crabs come out at night by the thousands. The crabs climb trees to eat fruit. Source: travel-roatan

The smallest of the Bay Islands is a true heaven for divers. It is regarded as one of the best diving destinations in the Caribbean and it is the cheapest place in the planet to get PADI certification. Utila is a preferred spot for the impressively giant whale shark and plenty of marine life, still a truly enjoyable paradise and not crowded at all. Source: mctours-honduras

Tour the rain-forest, kayak, or go whitewater rafting down the Rio Cangrejal – Pico Bonito National Park is the best place in Honduras for outdoor pursuits. The River Zacate trail offers you the chance to catch a glimpse of a keel-billed toucan or a white-faced monkey. Source: nomadicmatt

Cayos Cochinos is a small archipelago off the northern coast of Honduras and a Marine Biological Reserve. These privately owned jewels are composed of two hilly, lush islands (Cochino Grande and Cochino Pequeño) and 11 small coral cays. Considered part of the Bay Islands, the cays are the hardest to get to, even though they are closer to the coast than Roatán, Utila, and Guanaja. They can only be reached by boat. Cayos Cochinos forms part of the second largest barrier reef system in the world known as the Meso-American Barrier Reef System and have been identified by the Smithsonian Institute, TNC, WWF, and World Bank as one of the key sections of the Barrier Reef to preserve. Source: cayoscochinos

Lake Yojoa is the only lake of volcanic origin in Honduras. The setting, backed by the majestic cloud-forested mountains of Santa Bárbara and Cerro Azul/Meámbar, is marvelous. Lago de Yojoa is growing in popularity as a spot well worth visiting for hiking, bird-watching and ruins exploration. Its richness is such that in 2005 it was recognized as a World Interest Wetland Zone by the United Nations.

Seek heritage and history in Comayagua, the former capital of Honduras and now a masterpiece of Spanish colonial buildings, cobbled streets, tiny plazas, whitewashed houses and grand churches. The best time to visit is during the unique and fervent celebrations of Easter week (Semana Santa). Look for the Comayagua Cathedral’s Famous Old Clock, it is one of the world’s oldest clocks. Source: worldtravelguide

Copan is an ancient Maya city, it was ruled by a dynasty of 16 kings between roughly A.D. 426 and 820. Discovered in 1570 by Diego García de Palacio, the ruins of Copán, one of the most important sites of the Mayan civilization, were not excavated until the 19th century. The ruined citadel and imposing public squares reveal the three main stages of development before the city was abandoned in the early 10th century. Copan Mayan Ruins are considered the most important ruins for the fully intact hieroglyphs. The main source of how we know Maya history today. Source: unesco