Top 6 Things To Do In Isle Of Man 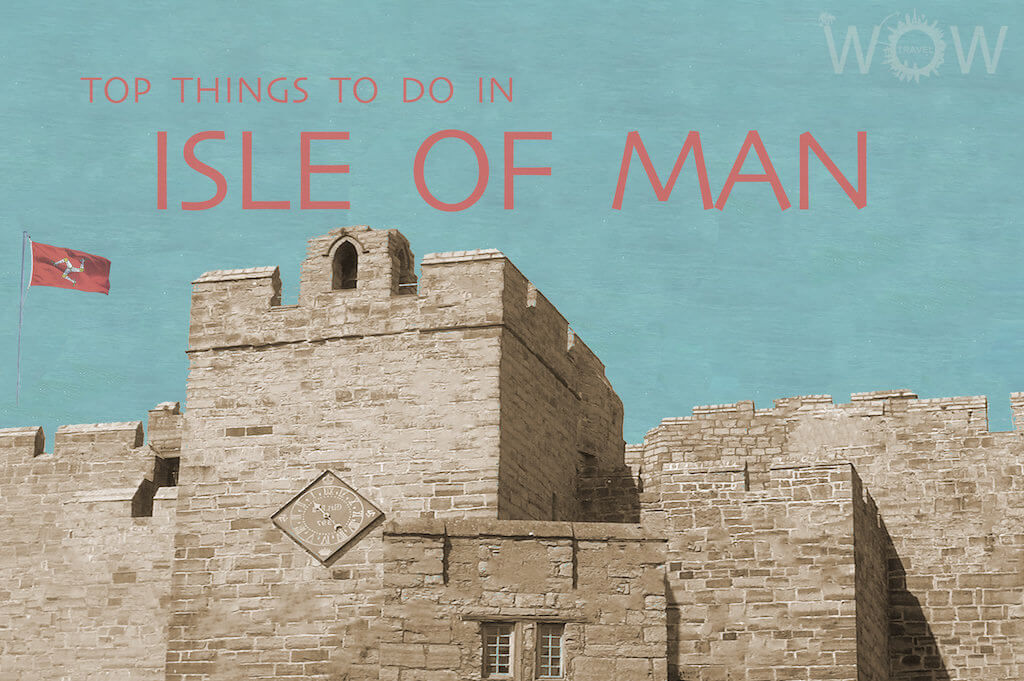 Many people might have heard of it, but are not sure where it is exactly. The Isle of Man, a small island between Ireland and Great Britain, is a beautiful and under-visited destination. The island is a self-governing British Crown dependency, and contrary to popular belief is not a part of the United Kingdom. It has its own stamps, its own currency and its own language, a Celtic Gaelic. Isle Of Man has long been a haven for wealthy Brits and known the world over for its famous Tourist Trophy (TT) motorcycle racing, but it has so much more to offer. Check out our Top 6 Things To Do In Isle Of Man.

Surrounded by rocky cliffs and beautiful views of Peel and the coastline, this scenic defensive site encircles the historic and sacred St Patricks Isle, a hub of the cultural and spiritual life of Peel for centuries. The buildings which still stand date from between the 10th and 16th centuries, but there are also many other ruins within the castle walls. The castle buildings are now in ruin but the outer walls are mostly intact. The Viking castle was made of wood, though there were earlier Celtic monastic structures on the island.

More than 100 years on and thrill seekers still venture to the Isle of Man every summer for the same reason the gentlemen of 1907 did, the Tourist Trophy more commonly known as the Isle of Man TT. Taking place every year for six days it is perhaps the most dangerous race on earth, with 242 deaths in its 107 years of existence. The event start in the last week of May for practice and the first week of June as race week with many supporting attractions, gatherings and other events taking place.

Settled on an upland plateau, in the shadow of Meayll Hill and overlooking the Calf of Man, Cregneash was one of the last strongholds of the Manx language and customs which characterised the traditional crofting way of life. Step inside the original cottages to find out how the crofter lived through an engaging experience that includes domestic skills and craft demonstrations as well as stories of their rugged self-sufficient lifestyles. A walk around Cregneash will reveal some indigenous Manx animal breeds and traditional farming practices. Take some time to enjoy the ever changing seasons and unique natural history. Source: manxnationalheritage

Castletown, once the Capital of the Isle of Man and the seat of Tynwald, the Island’s parliament, still has many interesting and historic attractions. The center of Castletown is dominated by Castle Rushen, one of the best-preserved medieval Castles in the world. Make sure to visit  the Old House of Keys, Nautical Museum and the Old Grammar School.

For amazing views head to Douglas Head, a rocky point on the Isle of Man overlooking Douglas Bay and harbor. Make sure to beautiful drive through the drive’s ornate gate at the Marine Drive. Marine Drive was a toll road, and the impressive arched gateway was the toll gate.

Douglas is the capital and largest town of the Isle of Man. It has a unique blend of busy working harbor, traditional seaside resort and bustling financial center. Set against a 3.2 km 2 mile) sweeping bay and sandy beach you’ll find the busy promenades buzzing with activity. Since 1876, horse trams have been one of the best ways to explore Douglas. The Promenade line, the last remaining public horse tram service in Europe, runs along the 2.6 km (1.6 miles) of Douglas’ Promenades from the Sea Terminal to Derby Castle. The tracks are 3′ gauge and run down the middle of the promenade – Manx law requires road vehicles to stop when signalled to do so by the conductor, to allow passengers to board and alight in safety. Douglas is also home to many of the best restaurants and the 11 Best Hotels in Isle of Man, as well as the magnificent Gaiety Theatre and Villa Marina – both of which offer a year round programme of entertainment.