Top 6 Things To Do In Falkland Islands 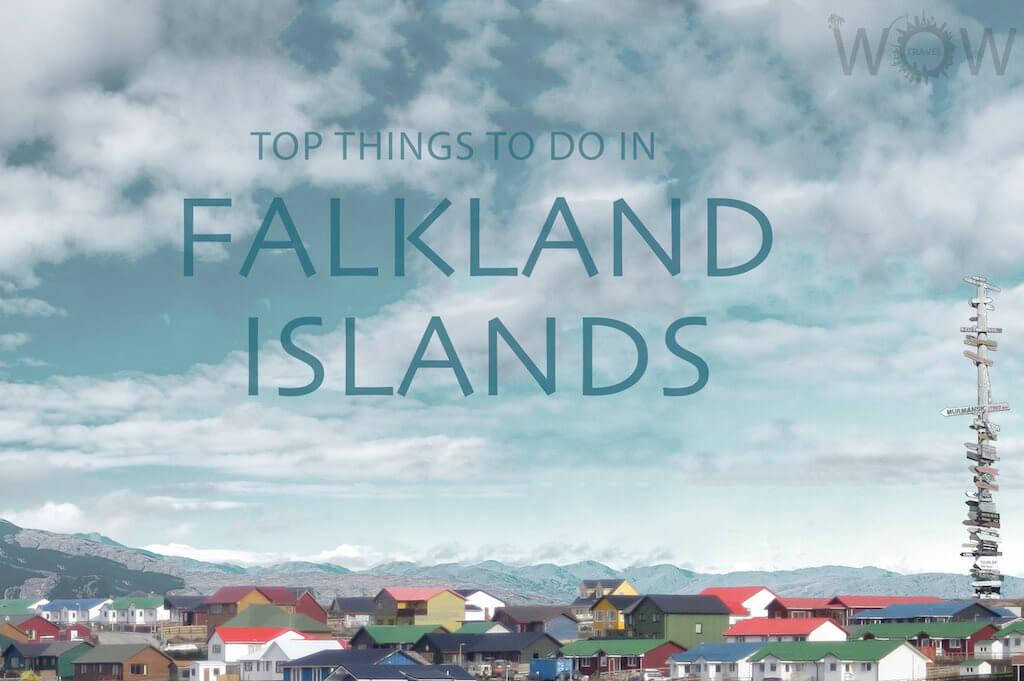 Located off the southern tip of South America, some 480 km (300 miles) from the coast of Argentina, the Falkland Islands (also known as Malvinas) are a British Overseas Territory. A natural paradisiac archipelago of more than 740 islands. The islands boast white sandy beaches, clear turquoise waters and an abundance of native and migratory wildlife with over 230 species of bird and 14 species of marine mammals. With rugged terrain and cliff-lined coasts, the islands are home to approximately one million penguins, half a million sheep, many sea lions, elephant seals, dolphins, killer whales and much more. The vast majority of the Islands’ population live in Stanley, the capital and the majority of the population self-identify as either ‘Falkland Islanders’ or ‘British’, with a smaller number coming from either Chile or tiny St Helena. Although much of the Falkland Islands are uninhabited, there is a wide range of things to do to discover the islands’ spectacular wildlife and historical gems. Check out our Top 6 Things To Do In Falkland Islands.

Christ Church Cathedral is the southernmost Anglican Parish Cathedral in the world, consecrated in 1892. a Parish which includes South Georgia, the South Shetland Islands and the British Antarctic Territory. The Cathedral is famous for its large whalebone arch, situated at the entrance to the Cathedral, which was made from the jaws of two blue whales in 1933.

The Falkland Islands truly are the ultimate birding experience with large, easily accessible colonies of some of the world’s rarest and most enchanting birds. Penguins are perhaps the most striking feature of birdlife in the Falklands, with five breeding species (Rockhopper, Magellan, Gentoo, King and Macaroni). The Islands have what is the world’s largest breeding population of Black-Browed Albatross, although some of the major colonies are remote and inaccessible. Several species of Petrel nest on offshore islands. Migratory species, such as penguins, arrive to breed in September and depart late March/early April.

A guided battlefield tour of the famous war sites offers a stark reminder of the lives lost in the 11-week conflict between the United Kingdom and Argentina. Numerous walking trips run daily around Stanley-based sites, while 4WD expeditions to locations further afield are available through local tour outfitter Adventure Falklands. Source: iexplore

Carcass Island is situated in the north-west of the archipelago. This is one of the most picturesque outer-lying islands. In its 100 plus years of habitation it has had only three environmentally conscious owners and an absence of cats and rats, making the luxuriant, well established hedges and trees an attractive home to many small birds, sandy beaches, rolling hills and low cliffs from which you can view the multitude of sea and shore birds that either breed or feed on and around Carcass Island. Both the north and south of the island provide great hiking opportunities, taking in beaches (some good beachcombing), and interesting flora, penguin colonies, and sheltered dunes which make great picnic spots. Source: adventure-life

Sea Lion Island is one of the smallest in the Falklands archipelago (just 8 km / 5 miles long and just over a mile wide at its widest point), and the most southerly inhabited island, but it is still a prime destination with the sheer abundance of wildlife in such a small area making it a must on any Falklands itinerary. There are over 47 species of bird to be found, including Rockhopper, Gentoo and Magellanic penguins and one of the world’s rarest birds of prey, the Striated Caracara; this is a haven for birdwatchers and photographers. However perhaps by far the biggest attraction is the large number of Southern elephant seals that breed here, principally on the white sandy beach at the appropriately named Elephant Corner. Also not to be missed are the Southern Sea Lions at East Loafers. Source: ladatco

Stanley is the capital of the Falkland Islands, located on the island of East Falkland. It is the only town in the archipelago of 778 islands and is home to 75% of the total population (less than 3,000 people). The tiny city consists of Government House, a Town Hall (which is post office and law court), a museum, 3 churches, 3 restaurants and 11 hotels. only the view of the town’s quaint wood clad homes, painted in bright colors with corrugated iron roofs overlooking Stanley Harbour, worth the visit.