Top 6 Things To Do In Kenya 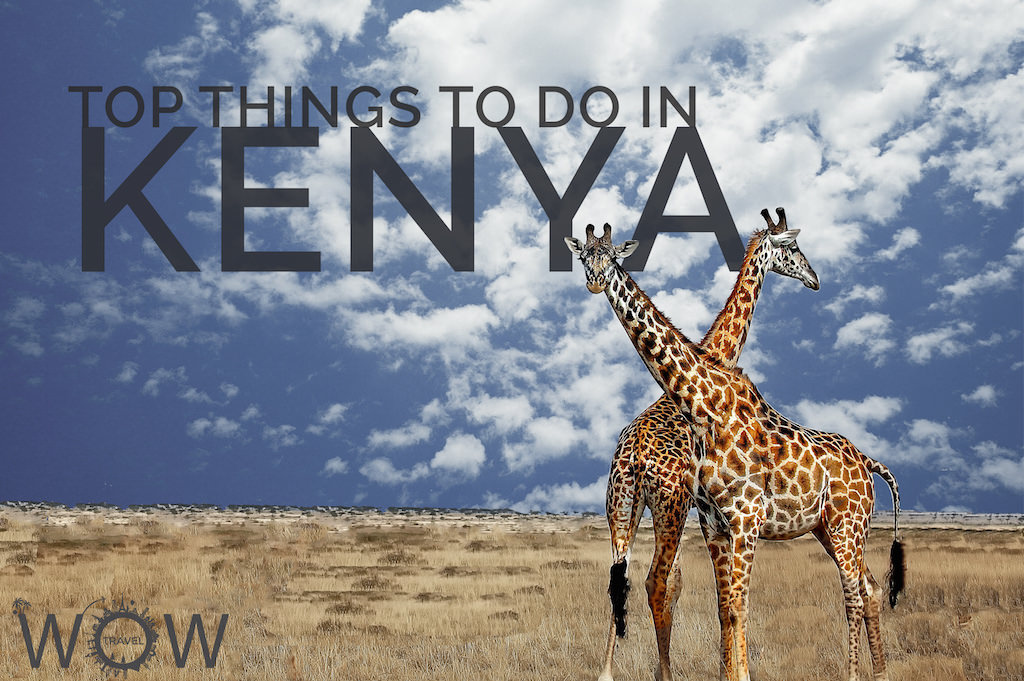 Kenya is located in East Africa and is one of the most popular travel destinations in Africa, largely due to its scenery, naturally beautiful landscape with endless savannahs and forests, unchanged culture tribes, white sandy beaches and corals, snow-capped mountains, magnificent wildlife and pleasant year-round climate (Because Kenya straddles the equator, it has up to 13 hours of daylight and consistently warm temperatures year-round). From hand-feeding giraffes to adopting orphaned elephants, taking breathtaking balloon safaris at dawn or trekking and climbing adventures. There is a lot to do in Kenya with its 45 national parks and reserves, not to mention bustling metropolitan cities and towns. WOW Travel shares with you the Top 6 Things To Do In Kenya.

״Nairobi National Park is a unique ecosystem by being the only protected area in the world close to a capital city. The park is located only 7 km (4.3 miles) from Nairobi city center. The savannah ecosystem comprises of different vegetation types. Open grass plains with scattered acacia bush are predominant. The western side has a highland dry forest and a permanent river with a riverine forest. To the south are the Athi-Kapiti Plains and Kitengela migration corridor which are important wildlife dispersal areas during the rainy season. Man-made dams within the park have added a further habitat, favorable to certain species of birds and other aquatic biome. Major wildlife attractions are the Black rhino, lion, leopard, cheetah, hyena, buffaloes, giraffe, zebra, wildebeest, elands and diverse birdlife with over 400 species recorded. Other attractions include the Ivory burning site Monument, Nairobi Safari Walk, the Orphanage and the walking trails at hippo pools.״ Source:KWS

“Malindi is the second largest town (after its southern neighbor, Mombasa) on the Kenyan coast. The biggest draw for tourists is Malindi’s 96 miles of sandy, palm-shaded beaches, along with the protected coral reefs of Malindi Marine National Park. The sights of the town also reveal the various historic influences of Arab traders, Portuguese explorers, European settlers, Indian immigrants and local customs.” Source: USAToday

“Hell’s Gate National Park lies to the south of Lake Naivasha in Kenya, North West of Nairobi. The park which is mainly comprised of savannah ecosystem habours a wide variety of wildlife. There are over 100 species of birds in the park, including vultures, Verreaux’s Eagles, augur buzzard, and swifts. African buffalo, zebra, eland, hartebeest, Thomson’s gazelle, and baboons are also common. The park is also home to klipspringer antelope and Chanler’s mountain reedbuck.” Source: KWS

Nestling against the beautiful, unspoilt Indian Ocean coast of northern Kenya, Lamu Island is one of the most beguiling places on earth. Little changed in centuries, Lamu has long been renowned for the warmth of its welcome to visitors, its remoteness and tranquility, its rich and colorful maritime trading history and its distinctive Swahili culture – a unique amalgam of African, Arabian, Indian and European influences.

Samburu National Reserve lies in the Northern part of Kenya. Count Telekis Companion Von Holnel, visited the area in the early 1860s and described it as teeming with game especially buffalos and rhinos. The Waso Nyiro became renowned early this century as “big game country” and attracted such famous hunters as Arthur Neumann who set up a camp on the site where Samburu lodge now stands. Source: Samburu Council

Mount Kenya National Park is located to the east of the Great Rift Valley, about 175 km (108 miles) North-East of Nairobi. Far from being a just single peak Mount Kenya is in fact a massif consisting of a multitude of imposing spires, cliffs, complex ridges and peaks. These are the weathered remnants of a large extinct volcano that was active several million years ago. Mount Kenya straddles the equator but is sufficiently high to receive significant snowfall and to be circled with several glaciers. The main summits are the twins Batian and Nelion, and these can only be reached by means of technical climbing via a variety of rock or ice routes. The third highest peak, Point Lenana, is a popular destination for trekking parties. Point John and some of the other subsidiary peaks also offer good rock climbing routes. Source: Summit Post