Top 6 Things To Do In Krakow 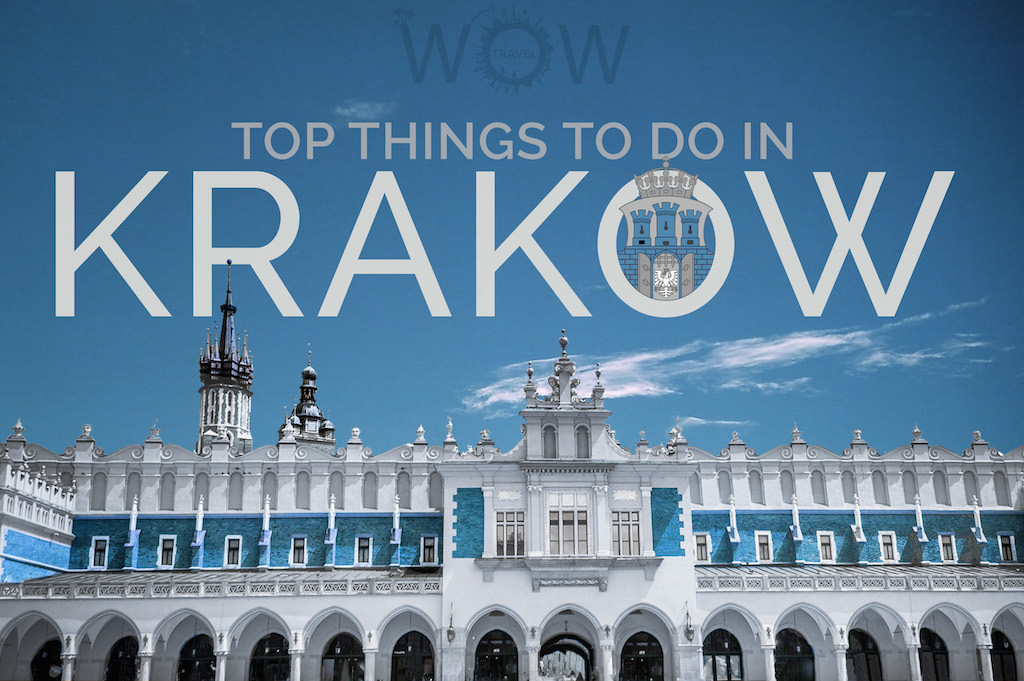 Krakow, the second largest and one of the oldest cities in Poland, is a very special city. Locals say that the name Krakow came from a ruler named Krakus who built the city above a cave that was home to a ravenous dragon. However, Krakow is more than legends, it became a UNESCO World Heritage Site in 1978 due to its almost 6,000 historic sites and 2 million artworks and it is the only city in Europe that escaped World War II undamaged. It is a city that offers attractions for all kinds of tourists. There are events and festivals throughout the year, including the International Sea Songs Festival, the International Soup Festival, the Great Dragon Parade, Summer Jazz Festival, the Pierogi (Dumplings) Festival, and many others. Pack your bags and join the 7.3 million people that visit Krakow every year. Here are our Top 6 Things To Do In Krakow.

Known as Kazimierz in Polish, this is perhaps the most significant Jewish Quarter in the world. From the 14th Century until the Holocaust, The Kazimierz neighborhood was home to a thriving Jewish community. It was ultimately wiped out and left deserted After WWII. But the oldest synagogue still remains, dating back to 1638, it houses a media presentation of the life and history of Polish Jews. Nowadays the Jewish quarter has largely become a student hangout. There are a few museums, a traditional milk bar, a range of boutiques, and numerous outdoor restaurants. Locals recommend it for the food that can be eaten there. According to locals, the Jewish Quarter has some of the best, and least expensive, food in Krakow. Dont forget to go to  Plac Nowy, the living, beating heart of Kazimierz with flea markets and antique bazaars. Krakow’s hip and trendy crowd also tend to hang out at the venues located on this square – here you can spend an entire evening hopping between cafés and bars. We totally recommend you to do the Jewish Krakow Free Walking Tour though.

The Rynek Glowny (Main Square) is the heart of Old Town Krakow and Europe’s biggest market square. It is arguably one of the world’s most beautiful plazas in the world, boasts a plethora of landmarks and myriad restaurants, clubs, and cafes, surrounded by gorgeous pastel yellow and peach buildings, including the 13th-century Gothic Town Hall Tower. In 2013 Lonely planet voted Krakow square the best market square in the world.

Auschwitz Birkenau is perhaps the world’s most famous concentration camp and the site of the gravest mass murder in the history of humanity. It remains a memorial that can serve everyone as a mirror of the human soul and a prism for looking deep within ourselves. Go and see the barracks where prisoners were kept and the gas chambers where they were sent to die, learn the terrible history of the death camps of Auschwitz and Birkenau and go the Birkenau camp to see where more than 125,000 prisoners of war were incarcerated.

Wawel Castle is the home of Polish Monarchs from the 11th to the 17th centuries. When Warsaw took the capital status from Krakow, foreign powers occupied and stayed in the castle. Several wars saw several different foreign residents. Because of this, there is a mixture of architectural styles in the castle, as well as a large courtyard.