Top 6 Things To Do In Split 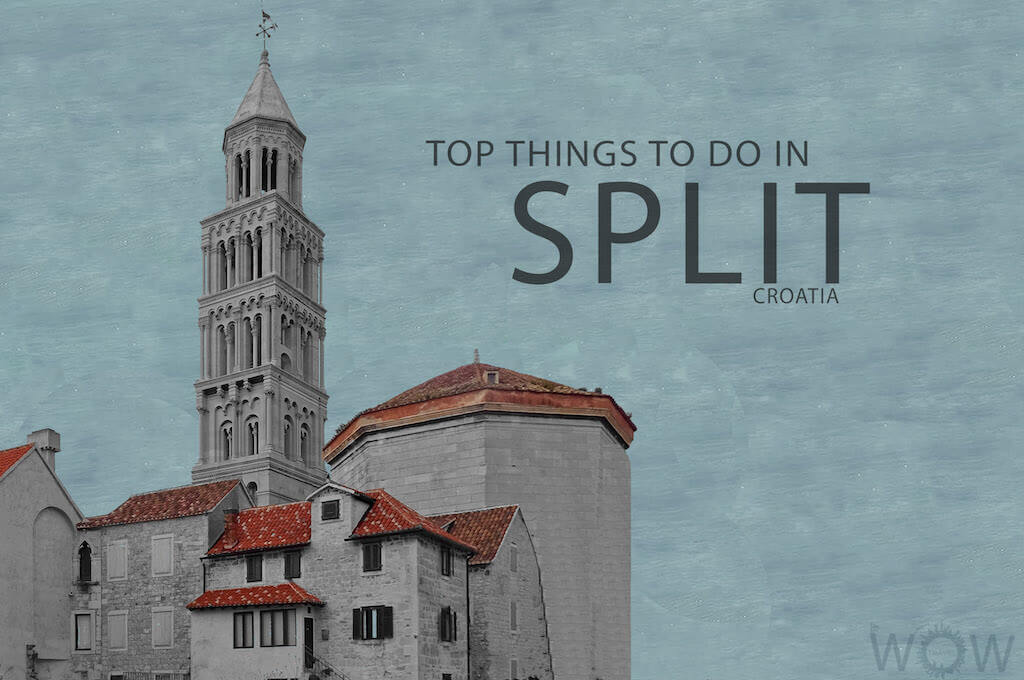 Split is the second-largest Croatian city (after Zagreb) and one of the oldest in the country with more than 1,700 years of history. Perched on the Adriatic sea and built around the Roman ruins of Diocletian’s Palace, Split is a favorite of sun-seekers, foodies and history buffs alike with a combination of ancient history, contemporary gastronomy and picture-perfect landscapes. Get started with our Top 6 Things To Do In Split.

Originally built as the mausoleum for Diocletian and completed at the same time as his palace, the cathedral of St Domnius was constructed out of the remains after the sacking of Split by the Slavs. Diocletian was buried here but his remains were stolen or moved in the 6th century. The inhabitants of Salona who had fled here after coming under attack then placed the bones of their bishop, Domnius in it. Coincidentally, Domnius had been executed by Diocletian himself. Source: rhinocarhire

Considered to be one of the most imposing Roman ruins, Diocletian’s palace is today the heart of the inner-city of Split where all the most important historical buildings can be found. It is built like a city within a city, fortified by its high surrounding walls on the outside and containing a grid-work of monumental courts, temples, numerous shops, cafes, restaurants, apartments and cult buildings on the inside. The Palace was the retirement home of Emperor Diocletian after he abdicated as head of the Roman Empire in 305. The palace is one of the best-preserved monuments of Roman architecture in the world, making it a UNESCO World Heritage Site, and a fascinating place to explore. Because the Palace is also a residential area it is, therefore, free to enter.

The Riva, Split’s main seaside promenade, set against the palace’s southern wall and it runs the length of the old town. Whether you are sitting in one of the small cafés or on a waterfront bench, It is a great place to watch the sunset,

Picigin is Split’s pride and joy. It is a ’sport’ invented by them where two or more speedo-equipped players toss a small ball around in knee-high water. It involves very intricate flips and jumps to save the ball from falling into the sea. The birthplace of Picigin is Bačvice, Split’s sandy beach located a 10-minute walk from Riva. Source: daytripsfromsplit

To the west of Split is a peninsula forest park the size of New York Central Park called Marjan. Take a stroll to the peak of Marjan hill, marked by the Croatian flag at 178 meters (582 ft) above sea level, offering breathtaking views over Split and the Adriatic horizon. The park on the hill includes promenades, playgrounds and the Split zoo.

Hop to an Island

You will watch ferries maneuvering in and out of Split throughout your stay, so make sure you actually get on one! They will take you to isles such as Brac, with the highest mountain on the Croatian isles, Hvar, with its chic island capital Hvar Town and rugged Vis, the most remote of Croatia’s 1,244 islands. Source: skyscanner